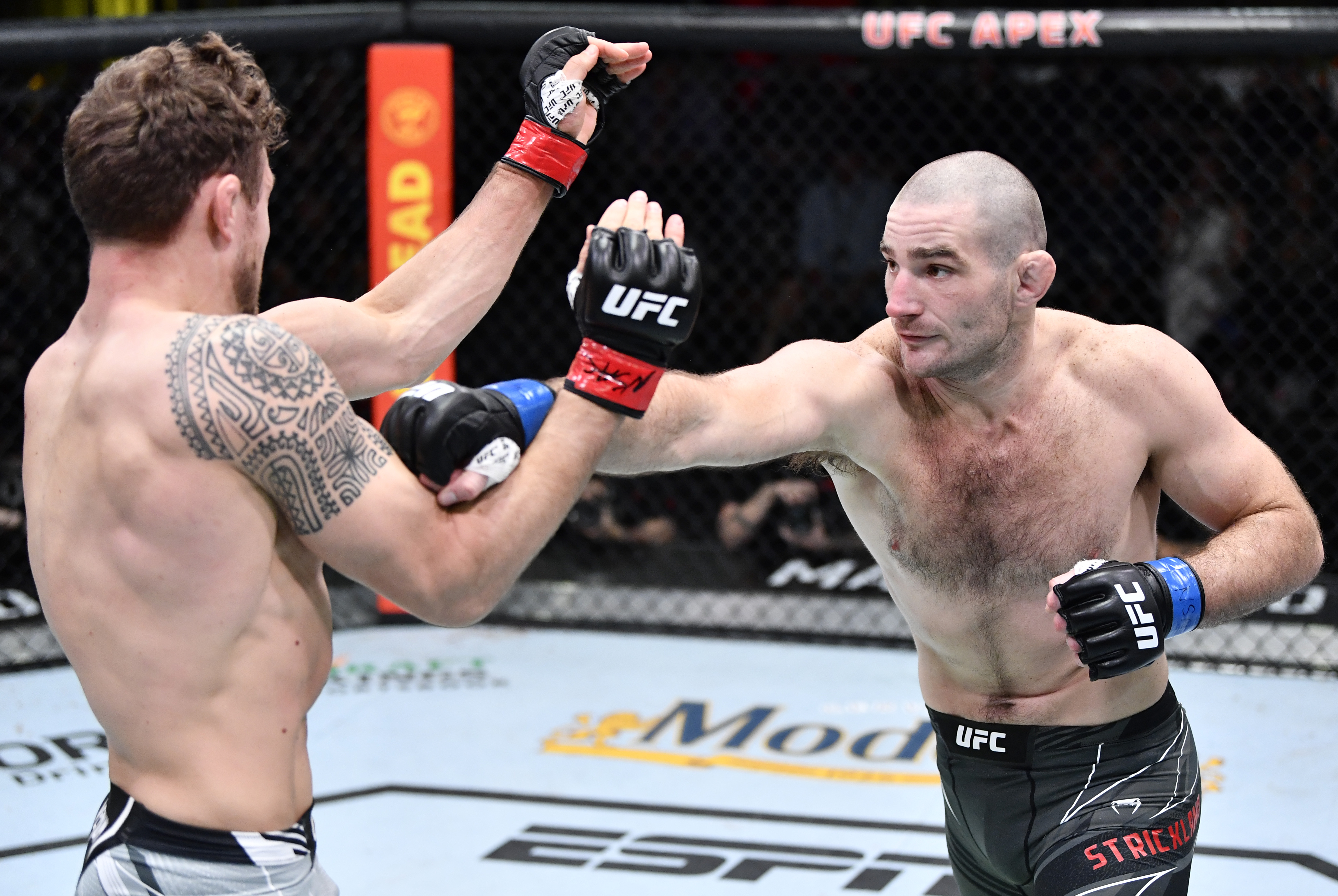 Already considered one of the greatest fighters of all time, Jones says he wants to turn his attention to heavyweight and has no intention of returning to 205 pounds.

Usman has five consecutive defenses of the UFC welterweight title and is now in the discussion as the greatest welterweight of all time.

While he failed in his bid to become a champ-champ, Adesanya looked quite dominant in his most recent middleweight title defense and faces Robert Whittaker next.

Despite a multitude of distractions and some serious injuries, Ngannou was able to unify the UFC’s heavyweight titles and will now look to work through a contentios contract dispute.

After suffering the first knockout loss of his career, Johnson openly contemplated the idea of potentially competing in kickboxing next and ultimately booked himself an intriguing mixed rules matchup.

Volkanovski has certainly been tested in his time as UFC champion, but he continues to gut out impressive performances and now owns an incomprehensible 20-fight win streak.

Miocic apologized for deviating from the gameplan against the dangerous Francis Ngannou, a mistake that cost him the UFC heavyweight title.

The undefeated Bellator champion looked absolutely incredible in his run through the promotion’s featherweight grand prix and is willing to take on anyone in defense of his new title.

Oliveira’s rise to UFC champion may have been unexpected, but he now looks like perhaps the most dangerous matchup in the lightweight division and boasts a 10-fight winning streak.

Figueiredo is once again the UFC flyweight champion after a narrow win over Brandon Moreno, and the two may very well be heading towards a fourth consecutive matchup.

Moreno was frustrated in the result of this third fight with Deiveson Figueiredo and is hoping they can rebook the matchup immediately, and he’s willing to make a quick turnaround to do it.

At 38, Bader may not have what it takes to bounce between division any longer, but he’s the reigning Bellator heavyweight champion after unifying the belts against Cheick Kongo.

Poirier was incredibly disappointed after failing to win the UFC lightweight title but would still seem to have big fights ahead should he choose.

Holloway has hinted at some big things on the horizon that don’t necessarily revolve around getting another crack at Alexander Volkanovski.

Whittaker is on quite the run since losing the UFC middleweight title and gets his chance to win it back against Israel Adesanya.

Strickland (25-3 MMA, 12-3 UFC) was mostly dominant in his win over Jack Hermansson (22-7 MMA, 9-5 UFC) – though the fight is in the books as a split decision. One judge saw the fight for Hermansson, which had much of the MMA world in a tizzy for a while over how that happened.

But regardless of how he got it done, the fact is Strickland got it done – and ran his winning streak to six fights. That means he made a leap in the USA TODAY Sports/MMA Junkie middleweight rankings.

After UFC Fight Night 200 and ahead of UFC 271, take a look at the rankings in the middleweight division, as well as the rest of the full rankings, using the dropdown menu above.

The rankings take into account a fighter’s wins/losses, quality of competition, finishing rate/dominance and frequency of fights.

Fighters are no longer eligible to be ranked after they’ve been inactive for 24 months, either due to injuries, drug/conduct suspensions, contract disputes or self-imposed hiatuses.

Fighters serving drug/conduct suspensions are eligible to be ranked, so long as they’re not inactive for more than 24 months.