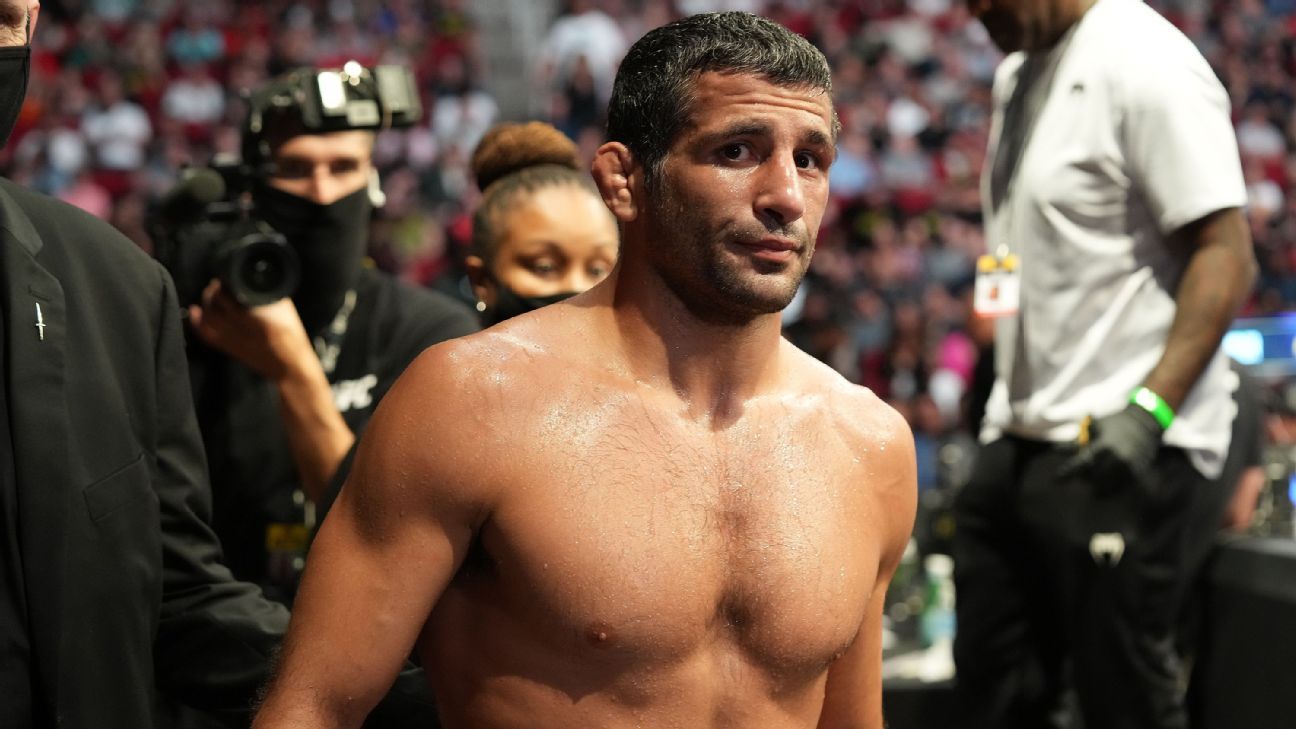 UFC lightweight contender Beneil Dariush has been forced out of a main event slot against Islam Makhachev on Feb. 26 due to injury, sources told ESPN on Wednesday.

Dariush (21-4-1) was scheduled to face Makhachev (21-1) in a 155-pound bout that might have produced a future title challenger, but withdrew Tuesday after suffering an ankle injury during a light sparring session. His foot got caught in the mat as he took his partner to the ground, and his weight came down awkwardly. There is no time frame on his recovery.

UFC lightweight Bobby Green (29-12-1) has agreed to replace Dariush in the main event against Makhachev, sources said. The bout is not signed yet and likely will take place at a catchweight.

Green, 35, is a UFC and Strikeforce veteran who is just four days removed from a big win against Nasrat Haqparast at UFC 271 in Houston. He is 5-2 in his past seven bouts.

“I was heartbroken for Beneil. He worked his ass off for this fight,” Ali Abdelaziz, who manages both Dariush and Makhachev, told ESPN. “All respect to Bobby Green’s team for stepping up and taking such a tough fight. Nothing but respect for him.”

Dariush and Makhachev are the UFC’s third- and fourth-ranked lightweights, respectively. Current champion Charles Oliveira is scheduled to defend his crown against Justin Gaethje in May. The winner of the Feb. 26 bout would have been a strong candidate to fight the winner.

The UFC has seen back-to-back lightweight headliners fall through this month. A lightweight bout between former champion Rafael Dos Anjos and Rafael Fiziev was supposed to headline a UFC Fight Night on Saturday, but was pushed back to UFC 272 on March 5 in Las Vegas due to visa issues.

Makhachev is a teammate and protégé of undefeated lightweight legend Khabib Nurmagomedov.

Jorge Masvidal Shoots Down Gilbert Burns 5-round BMF Request | The MMA Hour
Rising UFC star Tatsuro Taira embraces newfound attention, balance of own goals and public expectations
Sources: Holloway to return vs. Allen on April 15
‘I Regret Not Being This Monster I Am Again’
Alexander Volkanovski doesn’t want to hear excuses about no Khabib after he wins at UFC 284