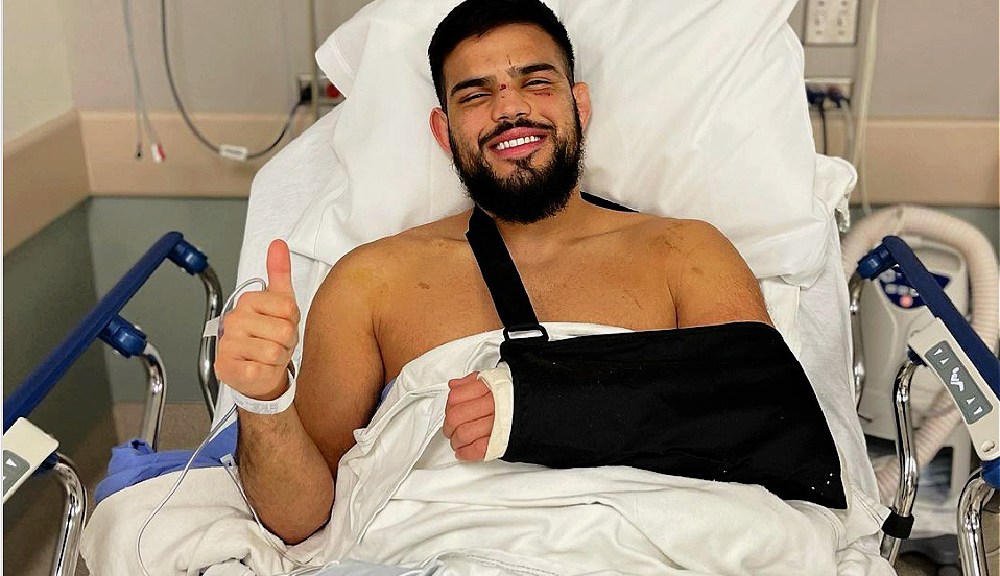 Nasrat Haqparast is looking to ensure the best version of himself turns up in his next UFC fight after suffering back-to-back losses.

Following his unanimous decision defeat to Bobby Green this past Saturday at UFC 271, Haqparast (13-5 MMA, 5-4 UFC) underwent surgery on his left hand.

According to the lightweight fighter, there have been lingering issues with the hand for his past four fights in which he’s gone 2-2. He decided to get the damage repaired and revealed on social media that he had surgery this week in Los Angeles (via <a href=”

Finally after the last 4 fights, training camps and years of pain with a broken hand I got surgery from the best hand surgeon in the world. Thank you Dr Shin ! Now it’s time to get healthy, recover and in summer I will be back as a new fighter inshAllah ! I fought my last couple fights with a half body. I’m ready to come back fresh and new !

Haqparast, 26, had won five of six fights since encountering his recent struggles. He fell short on the scorecards against Green at UFC 271 after dropping another decision to Dan Hooker at UFC 266 in September.

The German fighter did not provide a timeline on his potential octagon return immediately after surgery.