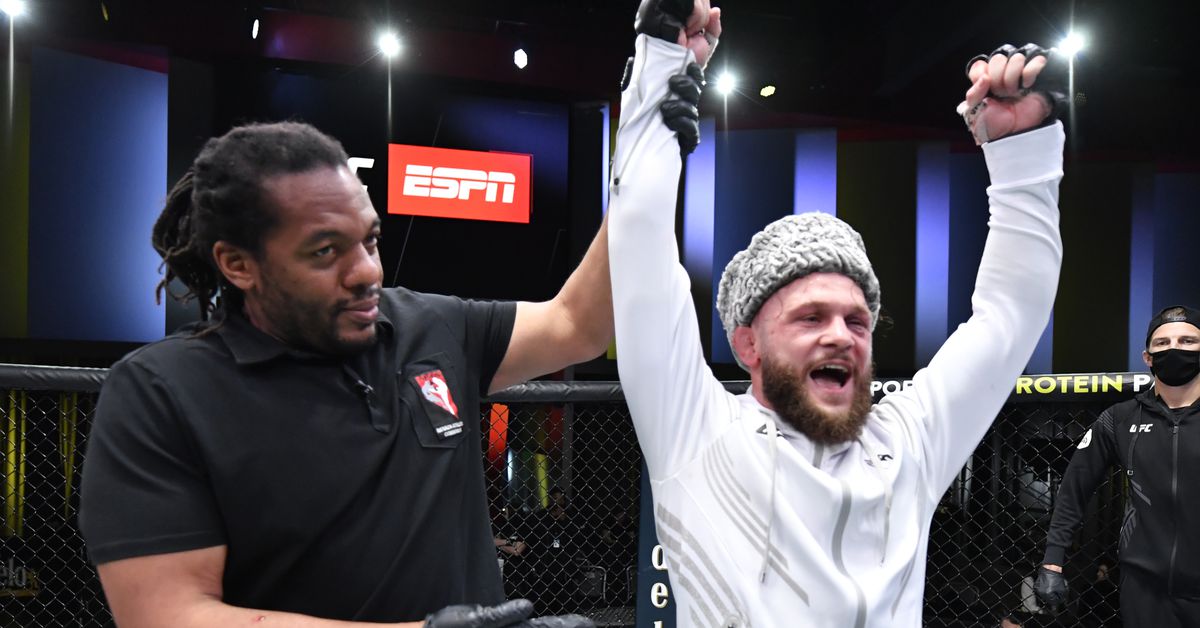 The originally scheduled headliner for UFC Vegas 48, a lightweight fight between ex-champ Rafael dos Anjos and Rafael Fiziev, will now serve as the co-main event for UFC 272.

As MMA Fighting previously reported, visa issues for Fiziev forced the promotion to push back the fight, and the March 5 pay-per-view event was targeted as the host. Now, the battle for the toughest Rafael will tee up a highly anticipated grudge match between rivals Colby Covington and Jorge Masvidal in the headliner.

The UFC announced the shift during the prelims broadcast of UFC 271 on Saturday. Dos Anjos is making another run at the lightweight title after an uneven stint at welterweight. In his most recent bout, he outpointed veteran Paul Felder via split decision. Fiziev, one of the hotter prospects at 155 pounds, has won his past five fights and earned performance bonuses in four of them.

UFC 272 takes place at T-Mobile Arena in Las Vegas and airs on ESPN+ pay-per-view. The UFC Vegas 48 card at UFC APEX in Las Vegas is now headlined by a light heavyweight fight between Jamahal Hill and Johnny Walker.

Additional preliminary bouts expected to take place on the card include: