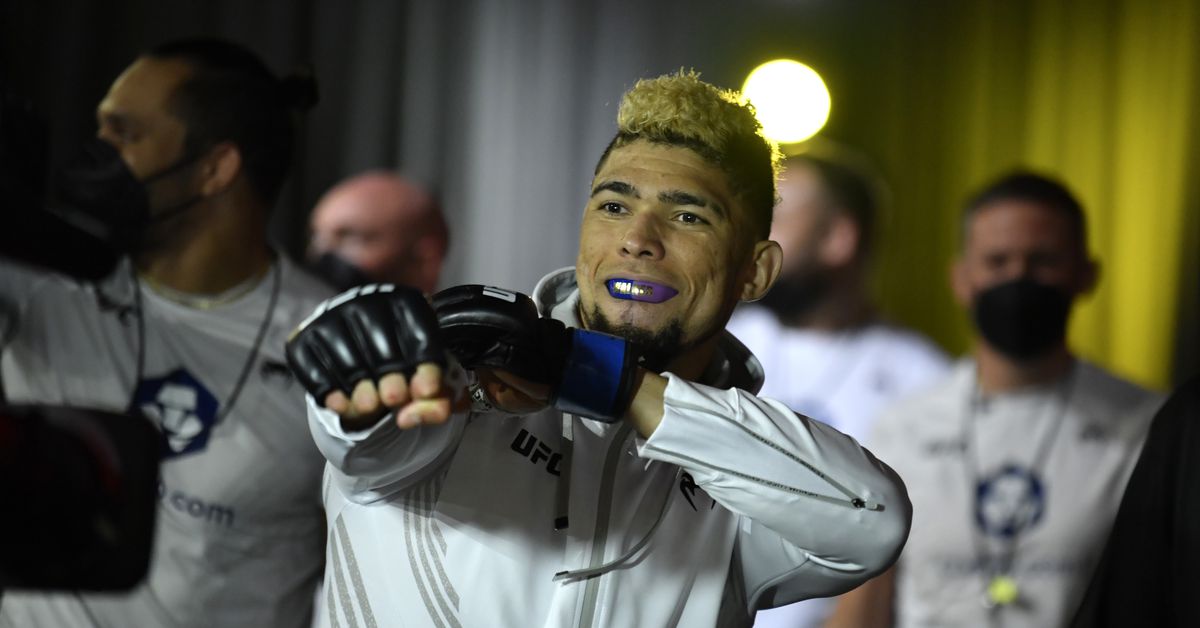 On Saturday, Johnny Walker will take on Jamahal Hill in the main event of UFC Vegas 48, but it wasn’t always supposed to be that way.

Originally, Walker and Hill were to serve as the co-main event to a lightweight contest between Rafael dos Anjos and Rafael Fiziev. But when Fiziev encountered visa issues, the fight was moved to UFC 272, and Walker vs. Hill was promoted to the main event.

With that change, the light heavyweight matchup is now a five-round fight, and while that might bother some athletes on short notice, Walker said he doesn’t care at all. He’s just thrilled to be back in the main event.

“I think [it’s] amazing. I’m so happy, so glad,” he told Ariel Helwani on The MMA Hour. “I don’t care [whether it’s three or five rounds]. I have no idea, I didn’t ask. I just want to fight. I don’t care if it’s three or five – I can fight 20 rounds, so it doesn’t matter to me [whether it’s] three or five. I don’t need that much. This guy wants to come with everything, then I’ll go that way as well, so I’m gonna finish the fight early. I always train for five rounds as well.”

Walker is excited about returning to the main event in part because he didn’t think he would be back at the top of a card – at least not so soon. Although Walker is still ranked No. 10 in the MMA Fighting Global Rankings, the Brazilian has been on a rough run, losing three of his past four fights. Most recently, he was on the wrong side of a unanimous decision to Thiago Santos in much-maligned main event this past October. It was a performance that Walker said was the result of a number of factors, including the fact that Santos is also from Rio de Janeiro.

“I think he’s a really good fighter – he’s high level,” Walker said. “He had more experience than me with five rounds, main events. He knows how to win by points, and we saw that the fight is gonna go by points, so he had more experience to get the fight on points. And I was too long without fighting. I was one year without fighting, so not much time.

“And he’s Brazilian as well. I feel weird to beat him up, so we just fight. It was really weird fight. And he was very defensive as well. … He’s from my city as well. I [felt] weird. I don’t know what happened. … We were very cautious. The game didn’t fit. We threw some punches, but he was waiting for me to make mistakes, and I was waiting for him to make mistakes, and the little mistakes that happened, he probably got the fight on. It just happened.”

Walker doesn’t regret the fight with Santos, because even though he didn’t give a great performance, he gained valuable experience by fighting for five rounds. That being said, Walker does not anticipate another lackluster outing.

“This is my career, it’s my life,” Walker said. “Nobody pays my bills. I have to produce my own money to pay my bills, so it’s my responsibility to go and put the show on, get the bonus, and focus on that. I’m not focused on nobody else, what they say or what they think. I know if I do a good job, everybody is gonna be glad to watch so that’s my plan.

UFC Vegas 48 takes place on Saturday at the UFC APEX in Las Vegas.