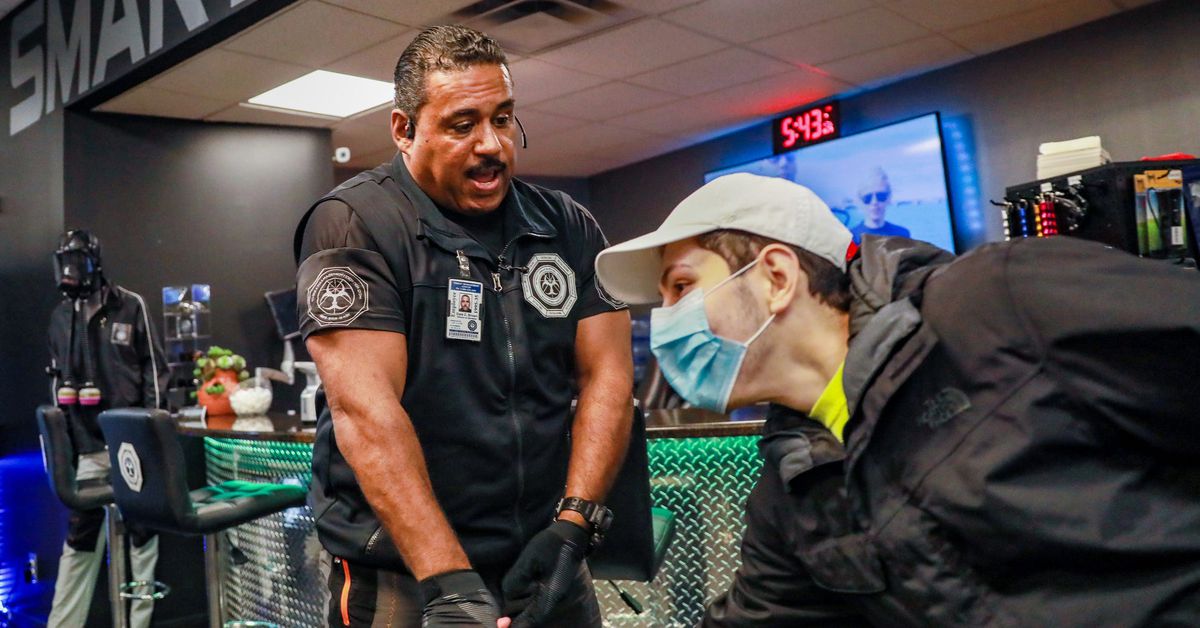 Middleweight Joaquin Buckley will have his own version of Sensei Seagal for UFC Vegas 48 fight when internet-famous Dale Brown corners him against Abdul Razak Alhassan.

The meme-friendly Detroit Urban Survival Training founder apparently made quite the impression on Buckley during a recent visit, and a person close to the fighter confirmed to MMA Fighting a TMZ report that Brown will be at the UFC APEX on Saturday to give him some pointers.

Buckley’s trip to D.U.S.T. earlier this year was a natural fit given his viral superstar status for his knockout of Impa Kasanganay – and Brown’s for his weapon-disarming techniques of questionable effectiveness.

Now, Brown will allegedly serve as a real-time advisor to the hand-to-hand combat expert, just as actor Steven Seagal did for Anderson Silva so many years ago. Seagal, of course, never got the chance to officially corner the then-UFC middleweight champ, but didn’t hesitate to take credit for the front kick that knocked out Vitor Belfort at UFC 126.

If weapons were allowed in the octagon, Buckley would have the ultimate backup. But as it stands, he’ll work for his fourth UFC win in six tries on the ESPN+ televised card.

BIG Left Hand 👊 and Islam Makhachev Ends the Fight
Jaylon Bates out to set blueprint on how to beat Jornel Lugo at Bellator 290: ‘I’m coming to finish him’
Marlon Vera details impressive back tattoo by famous artist Mister Cartoon
Khamzat Chimaev BLASTS Daniel Cormier for his CHOICE OF WORDS about relationship with Darren Till!
‘Big Ticket’ Is Back, Plans Summer Return