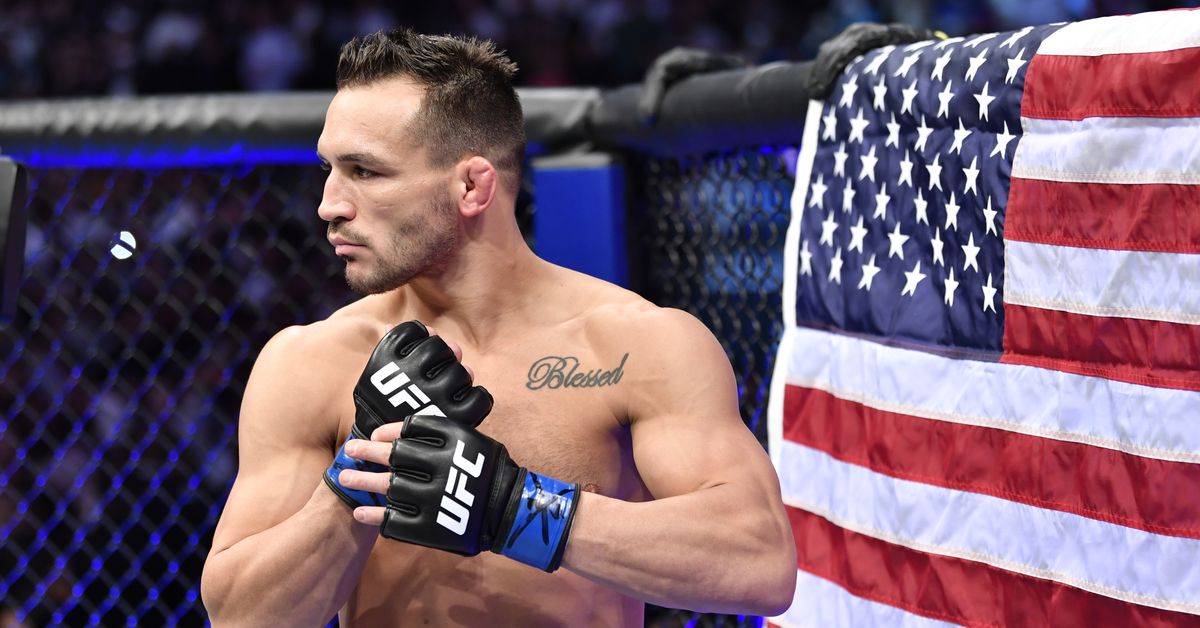 Michael Chandler and Tony Ferguson aren’t officially scheduled to meet inside of the Octagon, but all signs point to the lightweights colliding sometime in the near future. When that time comes Chandler will be prepared to showcase his power against an unpredictable veteran like “El Cucuy.”

With so much going on in the lightweight division these days it makes sense to book a fight between Chandler and Ferguson. Chandler is coming off a Fight of the Year performance in a decision loss to Justin Gaethje back at UFC 268, while Ferguson has lost his last three Octagon appearances after producing a 12-fight win streak.

If the fight does end up happening Chandler is supremely confident that he has Ferguson beat in every category. This includes power, speed, athleticism, striking, grappling, and all-around fighting ability. Chandler believes he’ll be too much for Ferguson if they do in fact fight, but he also understands he’d be entering the cage with an unpredictable menace capable of just about anything inside of the Octagon.

“I think my biggest advantage, I think I’m just basic and I’m going to keep a high pace, which we know Tony can keep a high pace, but I think it’s going to be a little bit sharper,” Chandler told CBS Sports. “I think I think my power is going to be a lot for him. I think I’m going to have a speed advantage and an athleticism advantage. I think I’m good in all the areas that Tony is good. I think he’s got very slick jiu-jitsu. I have yet to ever be caught in a submission, so I don’t see Tony catching me in anything like that. But he is very dangerous on the ground.

“I think his biggest attribute, his biggest strength and the thing that people fear the most is he’s got a little bit of a screw loose. That’s what excites everybody about these matchups. You never know what you’re going to get whenever Tony steps into the Octagon. Whether reaching down, throwing imaginary sand in your face or he’s doing spinning elbows and spinning kicks and knees and all kinds of stuff. He’s just unpredictable, so you’ve got to expect the unexpected when you’re fighting Tony Ferguson. So he’s a hard guy to prepare for. Therefore, it’s going to be a very interesting training camp. Try to keep it light, have a little bit of fun and show up on Fight Night and hopefully get a finish.”

Chandler certainly hasn’t disappointed since his UFC arrival just over one year ago, but if he ever wants to get back to a UFC title shot he will need to beat Ferguson later this year. Ferguson, on the other hand, has no choice but to capture victory in his next outing, whether that’s against Chandler or someone else. If not, he’ll be a 38-year-old veteran with four-straight losses and we all know what happens to fighters who fall into that category.

What say you, Maniacs? Will Chandler be too much for Ferguson or can “El Cucuy” turn back the clock to return to the UFC win column?