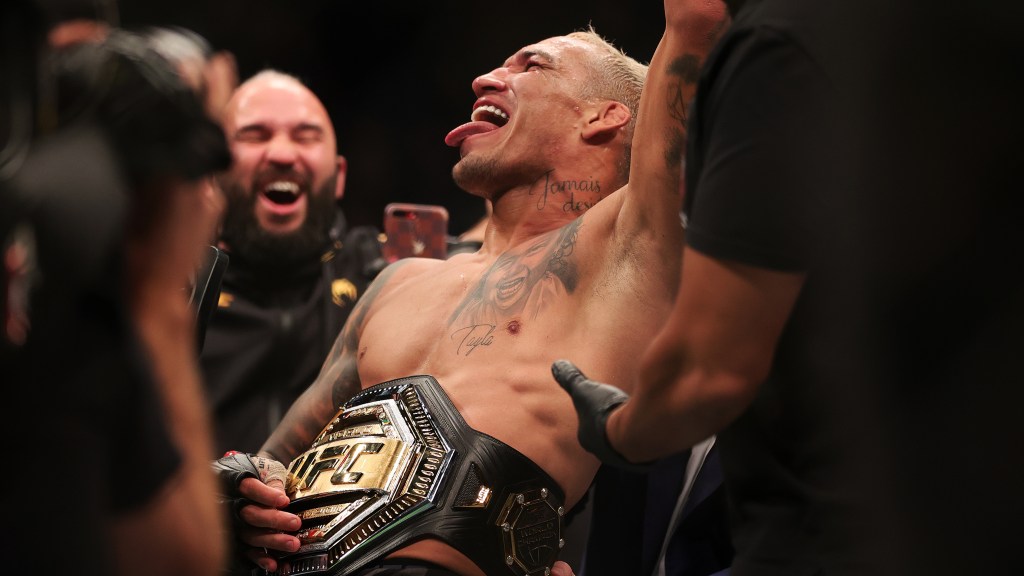 By Farah Hannoun and Danny Segura |

Oliveira (32-8 MMA, 20-8 UFC) was doubted in both his title fights against Michael Chandler and Dustin Poirier, but he was able to fight through adversity and finish both men.

Oliveira faces another stern test in knockout artist Justin Gaethje (23-3 MMA, 6-3 UFC) in the main event of UFC 274 and although Moicano admits he thought his American Top Team mate, Poirier, would dethrone Oliveira, he won’t bet against the champ this time.

“Charles Oliveira has shown tremendous skills on the ground, tremendous skills in the striking, and right now he’s the real deal,” Moicano told MMA Junkie. “You have to respect him. He did a transition from featherweight to lightweight, and everybody saw how he improved. I think he’s gonna beat Gaethje.

“In the Poirier fight, I wasn’t just cheering for Poirier, but I really thought Poirier would have the advantage, but Charles showed us he’s a great competitor, great fighter, and for this time we can’t make him an underdog. He’s the favorite. Gaethje is a great fighter, aggressive, good wrestling defense, but I think Charles Oliveira will finish him.”

Moicano, who like Oliveira moved up from 145 to 155 pounds, is coming off a big finish of Alexander Hernandez at UFC 271 on Saturday. He called out Bobby Green for his next fight as he looks to stake his claim in a stacked lightweight division.