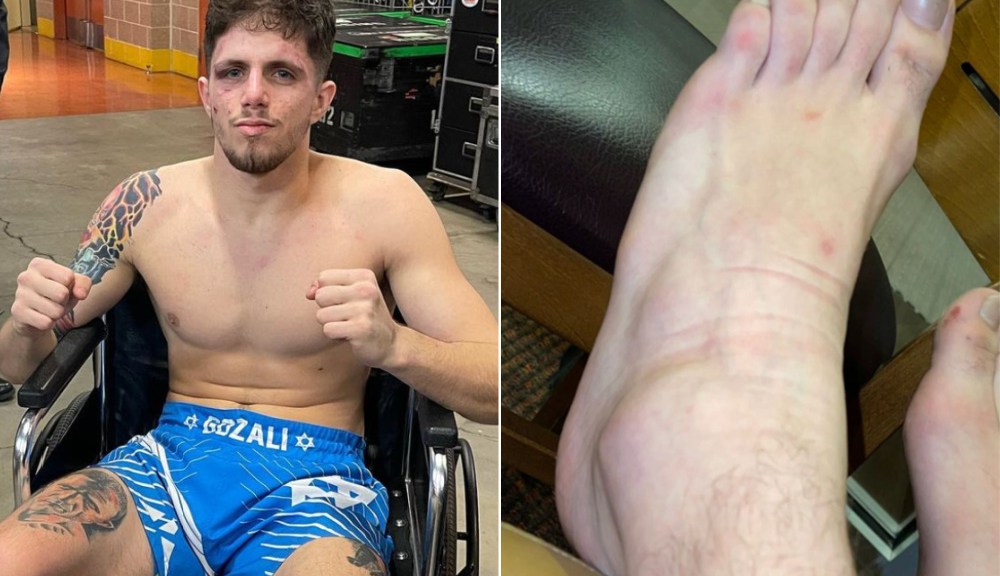 Aviv Gozali’s undefeated streak to start his career came to a screeching halt at Bellator 274, and it’s going to take some time to deal with the fallout.

After going on a hot streak of six consecutive submission wins, Gozali (6-1 MMA, 6-1 BMMA) encountered adversity in Saturday’s lightweight bout with Bobby King (11-4 MMA, 2-1 BMMA). He started the fight strong, firing off a number of kicks. It was clear something went wrong either from the impact of a strike or a misstep, though, when he began moving gingerly around the cage.

As time came off the clock, things started to go south for Gozali. He pulled guard to avoid being on his feet, and staggered around in the moments he was forced to stay standing. He made it to the end of the first round at Mohegan Sun Arena in Uncasville, Conn., but as he geared up for the start of the second stanza, it was obvious he was compromised.

After some stalling and a conversation with the cageside physician, the decision was made to wave the fight off before the second round could begin. Gozali did his best to keep a good poker face, but he wasn’t right, and his flawless record fell by the wayside.

It’s a frustrating way to lose for the first time, but Gozali isn’t getting too emotional about it. He revealed post-fight that he hurt himself badly in the opening minute of the contest, and claims he suffered a torn ACL in his knee as well as a broken left ankle (via <a href=”

I tore my ACL and I broke my ankle in the first 40 second pf the fight, i had so much fun today! shit happens the doctor stopped the fight. I’ll be back stronger than ever. Congratulations @bobby.king.mma was a fun fight. I didn’t said my last word I’ll be the future Bellator champ I promise it, just a little delay on the way 🙏🏼 thanks for all the support ❤️🇮🇱

Gozali shared an image his ankle, as well (via Instagram Stories): 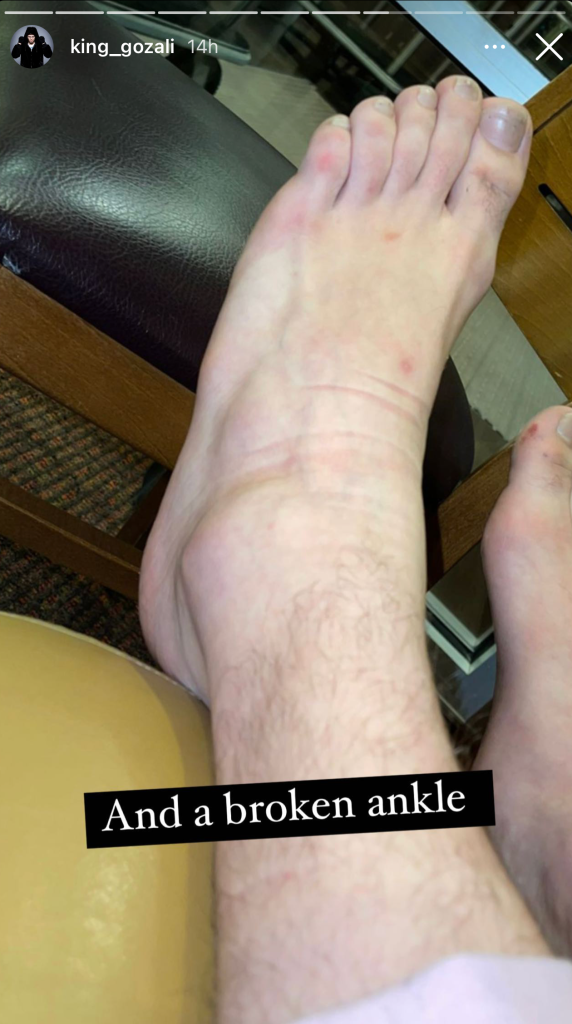 Gozali, 21, is one of the youngest and most promising talents on the Bellator roster. He already ranks in the top five for most submission wins, and it remains to be seen how long his injuries will keep him out of action.