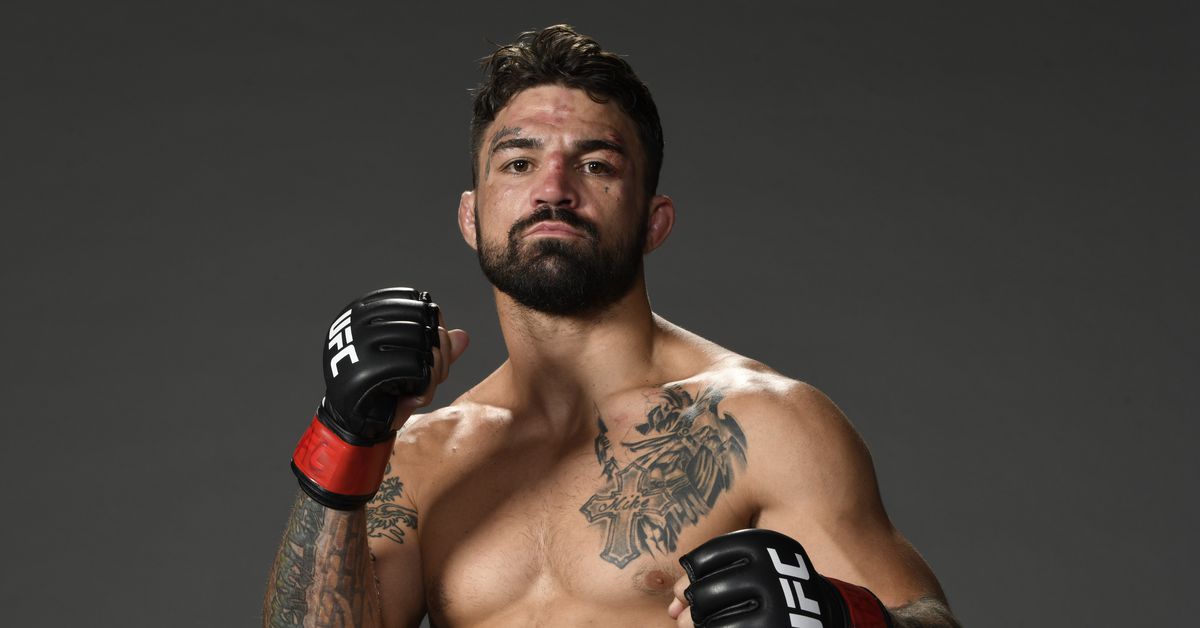 It was a tough night of bare knuckle combat for UFC veteran “Platinum” Mike Perry as he went to war with TUF alumn Julian Lane of “Let me bang, bro” fame. As you’d expect from a fight between these two at an event dubbed Knucklemania 2, this was a back and forth brawl with Perry knocking Lane down early while Lane staged a late fight comeback. In the end it just wasn’t enough as the judges handed the fight to “Platinum” 48-46 on all three scorecards (watch the highlights here).

“His face hurt my hands,” Perry said after the fight in an interview with The Schmo. “I expected that, but I didn’t expect it the way it happened. I thought I might hit him one time and my hand extremely hurt. But it was more of a build up over time, every time I touched him, near the end I didn’t want to touch him any more because my hands were screaming at me.”

Speaking with BroBible, a bruised and battered Perry also saw room for improvement.

“I just need to block a little more,” he said. “I don’t really care about being hit, I just be standing there like I don’t care. He blocked. I got my lesson, and I got the win. I’m a knucklehead. [Bare knuckle fighting] is a good fit for me. I’m not unscathed but I’m unphased. I gotta work on my hands, strengthening them. I’m gonna start punching concrete bricks, wait til you see that s—t, bro.”

For all the drama leading up to the fight, it seems like Perry and Lane ended on decent enough terms. Perry certainly gave him some respect.

“I told [Lane] afterward as well, I said ‘Thank you for hearing what I had to say’ and he said ‘It’s all love in the end.’ So what I was telling him was I get what he was doing, but there’s some ways he did it wrong. Even if he didn’t know the bat was a plastic bat right away, don’t bring my family into it, don’t bring people’s family into it, I would never do that. It’s between you and me. And he gave me a nod cuz he understands because he’s a family man and a man of God, so he says. So we all grew tonight.”

“I don’t think anyone really wanted to fight Julian Lane,” Perry said. “Maybe a couple of guys in this sport who have experience in this sport wanted to fight him. But he’s a dirty, gritty guy and it was a hell of a way to be introduced. It brought me back to my roots. Where I’m from, the original Platinum Perry. And we’re gonna come back better, stronger, faster, and soon.”

One sign that Perry may be growing is his choice of post-fight celebration. Old “Platinum” might hit the clubs, maybe get into another fight. Current “Platinum” has chiller plans.

“I’m gonna celebrate this vicotry with my baby, with my son, and my family, grrrr!” he declared. “I’m gonna enjoy the sunlight and the trees and the breeze and the birds and some snacks. And imma play with my baby and my dog and my family and we’re gonna go to Disneyworld.”