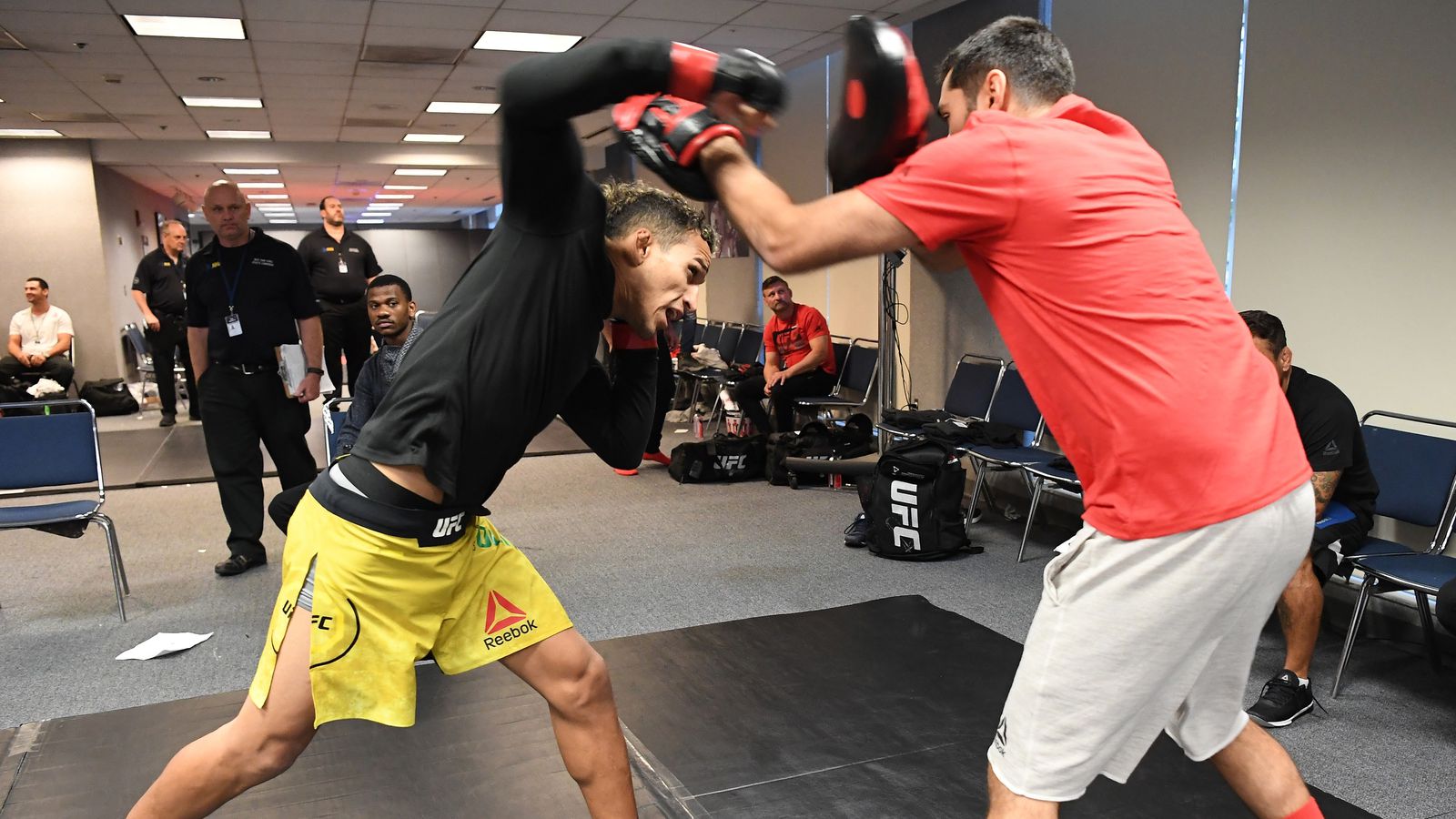 Like Metallica said (back when they were good): Fight fire with fire!

Justin Gaethje fans hoping “The Highlight” would steamroll UFC lightweight champion Charles Oliveira when they go to war at the UFC 274 pay-per-view (PPV) event may be surprised to learn that “Do Bronx” is ready to bite down on his mouthpiece and meet his opponent in the middle of the cage.

That kind of devil-may-care attitude to striking has dropped Oliveira in the past (Dustin Poirier) but it’s also been known to put Gaethje on his ass (Eddie Alvarez). And Gaethje may not be in any big hurry to implement his powerful wrestling game because that means going to the ground with the record holder for most submissions in UFC.

Their five-round war is tentatively scheduled for May 7.

Oliveira (32-8, 1 NC) captured the vacant lightweight title by smashing Michael Chandler at UFC 262, then defended his strap by tapping Poirier at UFC 269. As for Gaethje (23-3), he rebounded from a submission defeat to Khabib Nurmagomedov at UFC 254 to outpoint the aforementioned Chandler in their “Fight of the Night” at UFC 268.