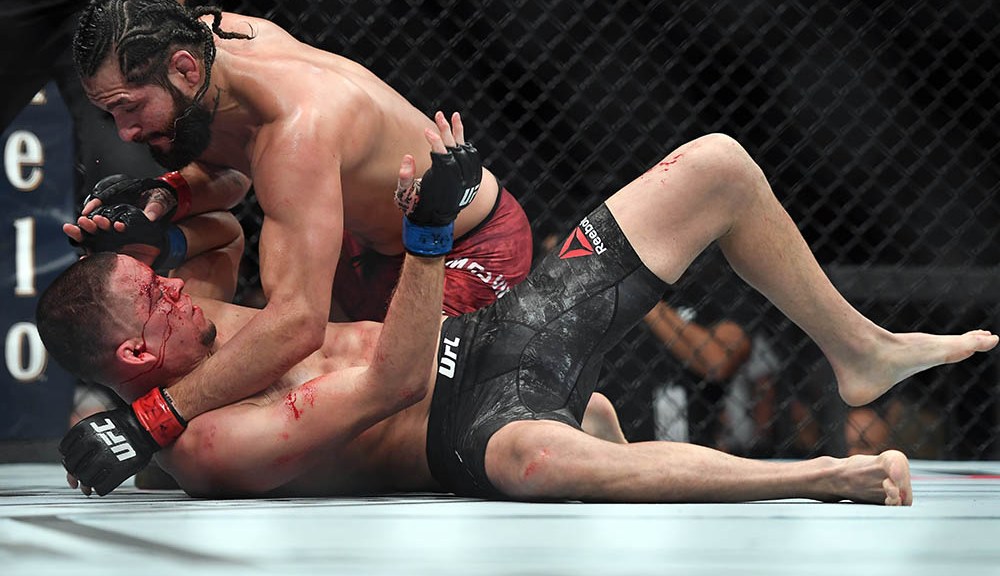 Diaz is coming off a lopsided decision loss to Leon Edwards at UFC 263 this past June, where he was predominantly outstruck until he almost finished Edwards at the end of the fight. Based off of what he saw, Masvidal doesn’t think it would be a good idea for Diaz to fight him again.

“That motherf*cker don’t want it, man,” Masvidal said in a live Q&A on Rumble. “I almost damn near killed him. I beat him an inch within his f*cking skinny life. You saw his last fight with Leon (Edwards). I was like, man, they make that mistake and put this guy in there with me again, you know? He’s not trying to fight.”

“Gamebred” is slated to face former best friend-turned foe Colby Covington in the UFC 272 main event next month in Las Vegas and could see a Diaz rematch down the line – but he says his main focus remains the title.

If a win over Covington doesn’t directly result in another crack at UFC welterweight champion Kamaru Usman, then Masvidal would consider running things back with Diaz, who’s currently angling for a fight against Dustin Poirier.

“That little f*cking broomstick keeps talking. You’re going to have to go at some point,” Masvidal said. “After I take Colby’s ass out, if I’ve got to wait for Usman, it could be you that gets this ass whooping, bro. While I’m waiting for Usman after I get this No. 1 ranking, I go back to beating the sh*t out of you just to keep myself entertained. At first it started so cool and amicable, but man you’re a real f*cking idiot. You’ve said some dumbass sh*t numerous times, and I’ve forgiven you … but let’s f*cking go, man. I’m going to break your f*cking face, bro.”