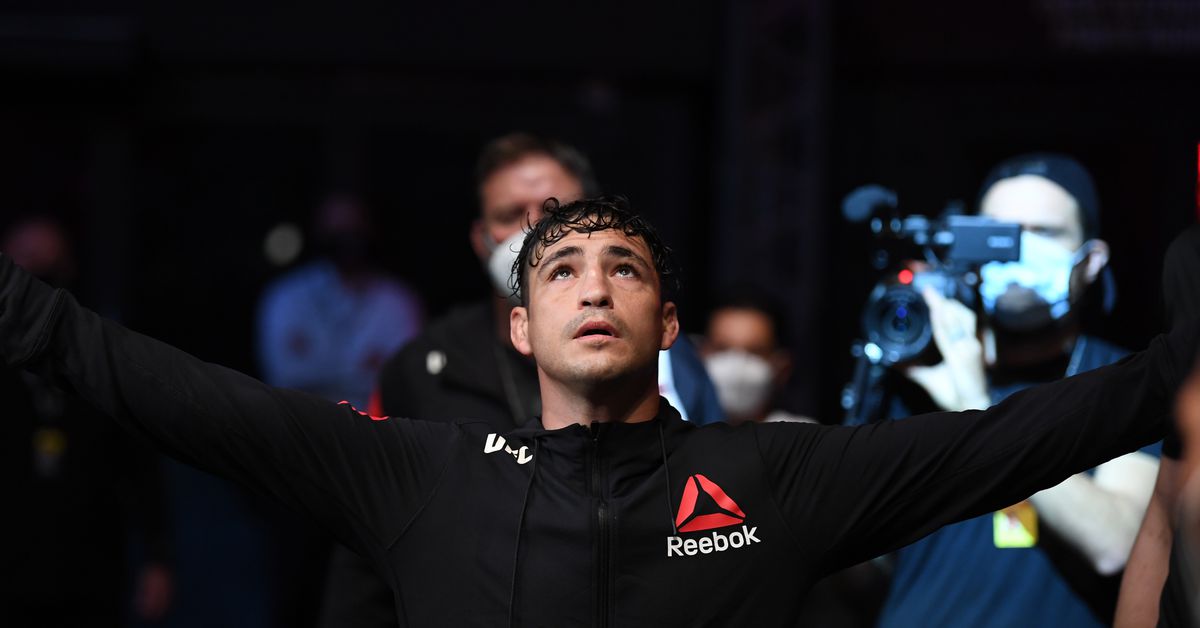 Diego Sanchez may have been little more than a punchline in the latter stage of his UFC career, but there was a time when the welterweight “Nightmare” was one of the most dangerous 170-pound fighters on the planet.

That’s why Sanchez took a smaller payday to sign with Eagle FC. In his upcoming contest against fellow UFC veteran Kevin Lee, the original “Ultimate Fighter” can reestablish his legacy and finish his career in “Nightmare” fashion.

“I was going to get paid $75,000 more to go do BKFC,” Sanchez told MMA Junkie Radio. “But being the Diego Sanchez that I am, I believe in myself and all the skills and the knowledge and the wisdom that I’ve attained over this course of the last 20 years, and the way my career ended in the UFC was not Diego Sanchez fashion. That was orchestrated by my handler, and so I really wanted to truly finish my mixed martial arts legacy and career my way. Diego Sanchez intuition, intuitiveness, working through whatever I’ve got to work through, but training smart and doing my martial arts.”

But not everyone thinks it’s a good (or fair) fight.

Sanchez (30-13), who turned 40 back in December, is coming off a unanimous decision loss to Jake Matthews in late 2020, which led to his UFC release the following year. The 29 year-old Lee (18-7) was bounced from UFC after losing four of his last five and flunking a post-fight drug test.

Their headlining bout will be contested at 165 pounds, one of several new weight divisions that allows more flexibility for athletes. Sanchez is currently the betting underdog and could be one-and-done with a poor showing on March 11 in Miami.