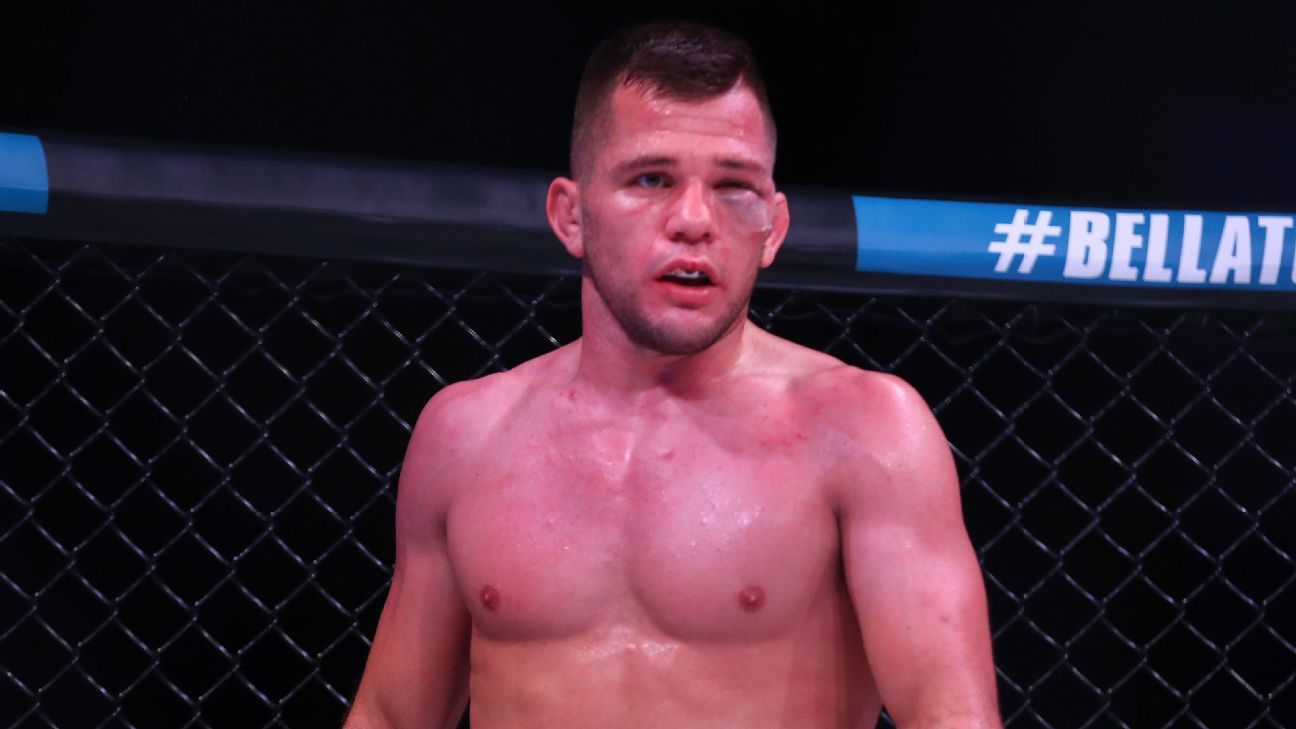 Piccolotti wrote on social media that he had thrown up “20-plus times” during the weight cut ahead of Bellator 274, which took place Saturday at the Mohegan Sun in Connecticut.

The Mohegan Tribe also suspended Piccolotti’s three cornermen — Mauricio Calvo, Raul Castillo and Matthew Aragoni — for their roles in the situation. The video showed two of Piccolotti’s trainers helping him up off the floor to take him into a portable sauna so he could cut more weight. Piccolotti has since deleted the video.

Though the suspension was put into place by the Mohegan Tribe, Mazzulli said it will be honored by the other commissions across the U.S. and Canada in the Association of Boxing Commissions and Combative Sports.

Mazzulli, the ABC president, said Piccolotti must be cleared by a nephrologist and will need a new EKG and physical examination to compete again. He was also fined $2,500.

“I’m concerned about his kidneys,” Mazzulli said. “Something has to be done about these unnecessarily dangerous weight cuts.”

Piccolotti (13-4) ended up winning Saturday night, defeating Georgi Karakhanyan via unanimous decision in a lightweight bout. The 33-year-old California resident has won four of his past six fights.