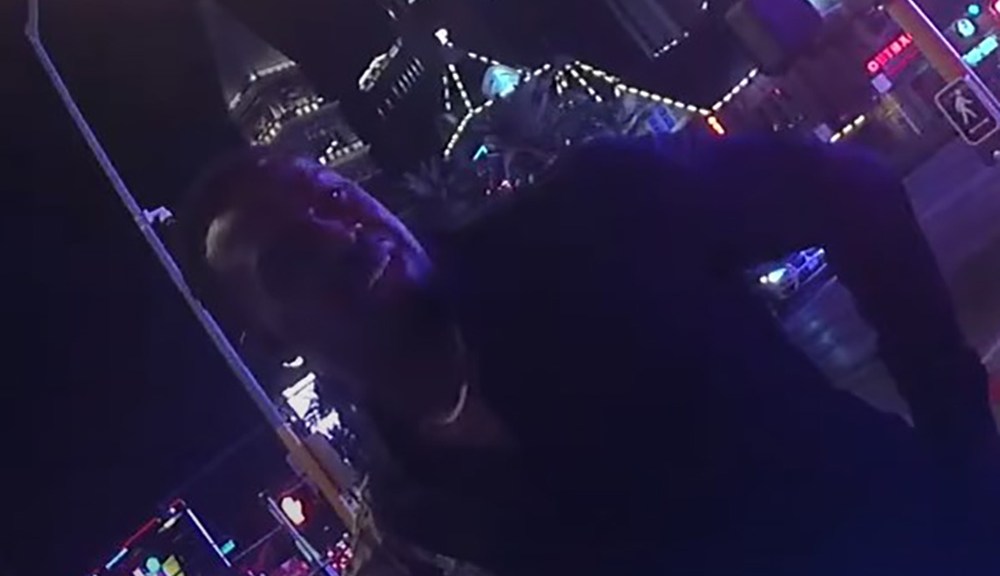 Bodycam footage shows Jon Jones emotionally distressed as he headbutts a police vehicle, plays the race card and implore officers to kill him during his arrest outside of a Las Vegas hotel and casino on the night of his UFC Hall of Fame induction.

Jones, 34, was arrested by the Las Vegas Metropolitan Police Department last September on charges of misdemeanor battery domestic violence and felony injuring and tampering with a vehicle, the latest incident in a years-long history of legal trouble for the former UFC light heavyweight champion.

The Las Vegas Review-Journal obtained the arrest video, which shows Jones’ behavior during his interaction with police, including head-butting a police vehicle.

“Why are you doing this?” a handcuffed Jones asks as he leans over the hood. “This is so humiliating. I got the Hall of Fame tonight, and then you’re gonna put me on this by walking down the street.”

At one point, Jones seems to reach an emotional breaking point when he says, “Bro, hang me, hurt me and kill me. What did I do?” His voice breaks a moment later as he yells, “A Black man can’t drink?! Getting elected into the Hall of Fame, and this is what I got?!”

Although upset with the events taking place, Jones appeared to respond to the officers’ commands, but he repeatedly accused them of racial profiling him.

“I came from my Hall of Fame ceremony, and I’m Black, and I have my friends, and I did nothing to you,” Jones says.

Moments later, Jones headbutts the vehicle, appearing to put a dent in the hood, which prompted the officers to move Jones inside the police cruiser as they try to calm him down.

Police initially were called to Caesars Palace on the morning of Sept. 24 in response to a report of a domestic disturbance. Jones’ fiancee, Jessie Moses, told police that Jones put his hands on her, but the incident was “not too physical.”

In the police report, Moses was observed with blood on her clothing and a bump with dried blood on her lip. The report also described Moses as “scared” to talk about Jones.

In December, Jones reached a plea deal with prosecutors, resulting in a dismissal of the domestic violence charge. He also pled no contest to a misdemeanor charge of destruction of property.

The full bodycam footage can be seen in the video above.

Ranking the UFC 284 fights: There’s no debating which fight is No. 1
Dustin Poirier Gives Trolling Reaction To McGregor/Chandler TUF News
Jaylon Bates out to set blueprint on how to beat Jornel Lugo at Bellator 290: ‘I’m coming to finish him’
UFC veterans in MMA and boxing action Feb. 10-12
UFC Vegas 68: Lewis vs Spivak Weigh-in Results