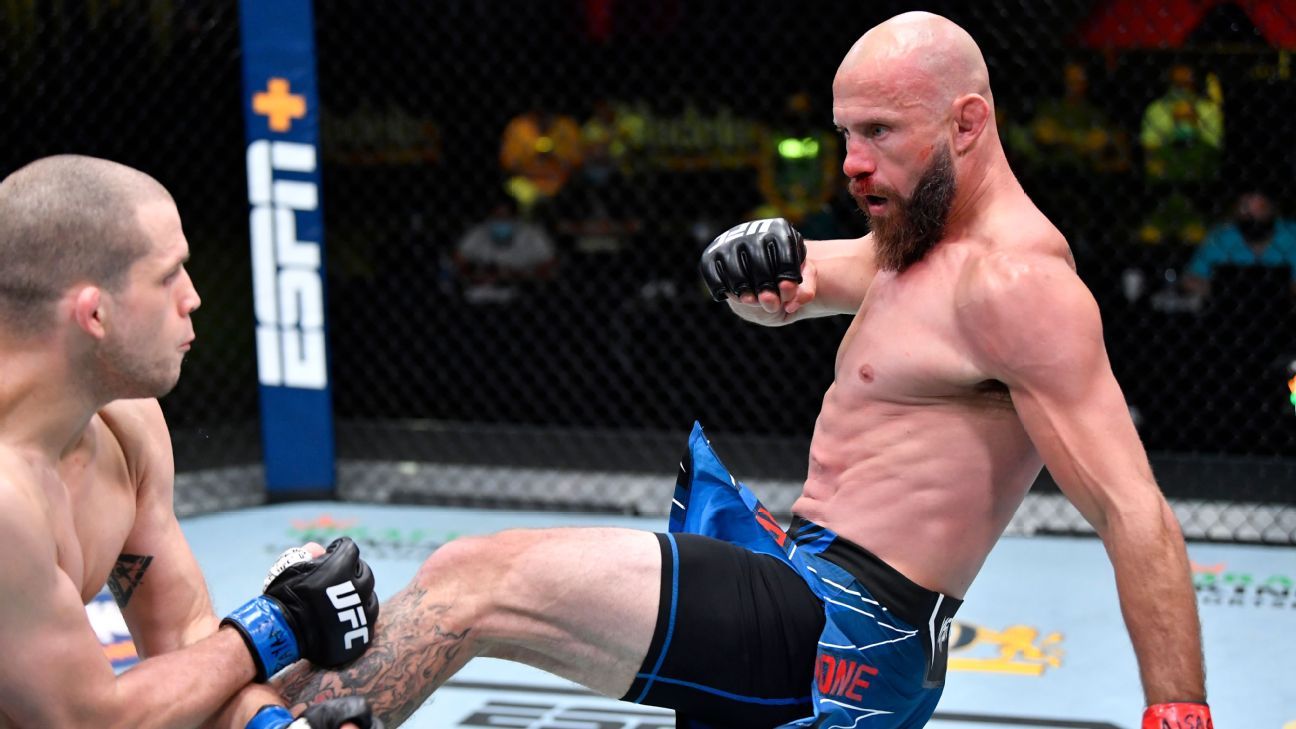 A lightweight fight between Donald ”Cowboy” Cerrone and Joe Lauzon on April 30 has shifted to May 7, sources confirmed to ESPN on Wednesday.

The 155-pound bout was originally supposed to take place at a UFC Fight Night, most likely in Las Vegas, but will now take place on a UFC 274 pay-per-view event. The UFC has not announced an official location for the event, although this move should ensure the fight takes place in front of a much larger live audience than it would have on April 30.

Cerrone (36-16) is a fan favorite and tied with Jim Miller for the most wins in UFC history with 23. He has not fought since he suffered a first-round TKO loss to Alex Morono last May. Fighting out of New Mexico, Cerrone is in his 16th year as a professional MMA fighter.

Lauzon (28-15), of Brockton, Massachusetts, is also coming off a long layoff. The 37-year-old lightweight has not fought since October 2019.

The UFC 274 lineup includes a light heavyweight title fight between Glover Teixeira and Jiri Prochazka as well as a lightweight championship bout between Charles Oliveira and Justin Gaethje.