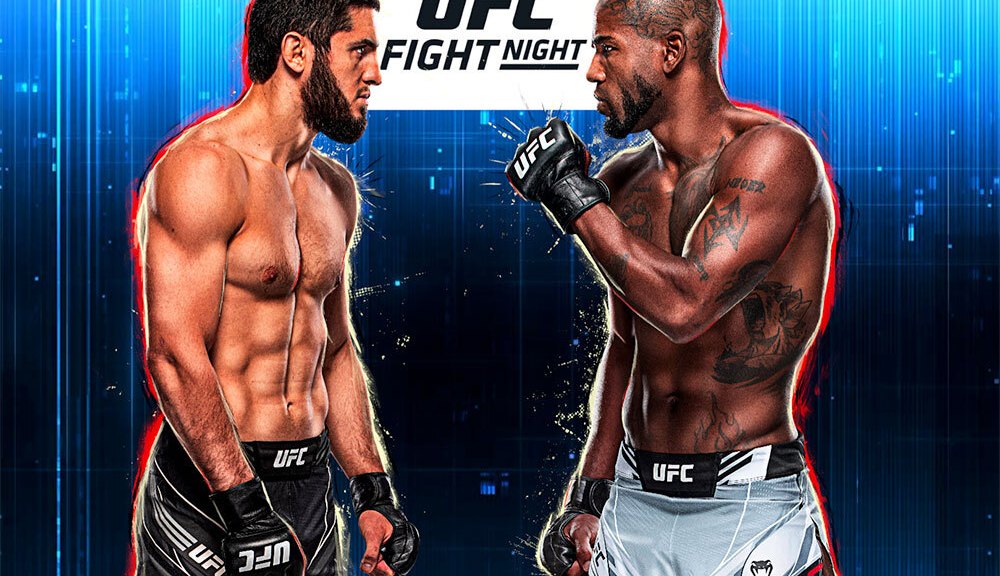 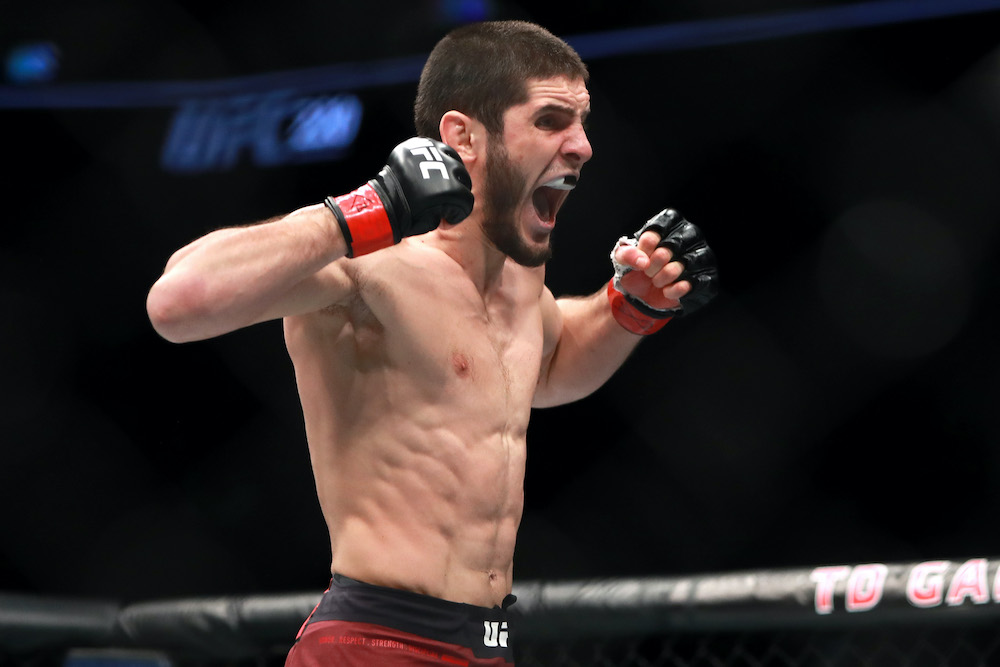 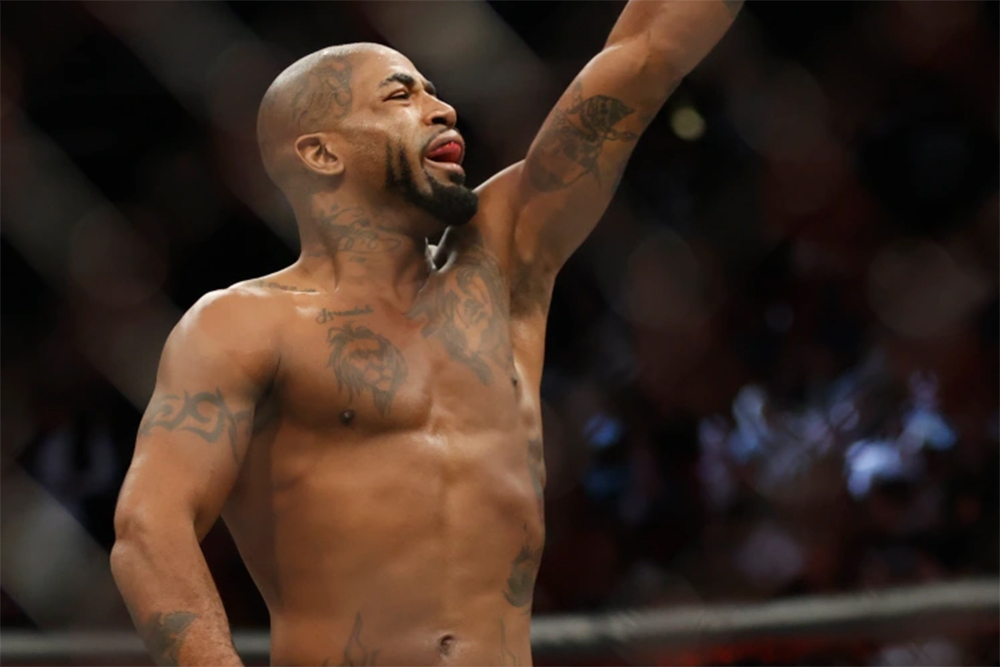 Point of interest: Striking with the king 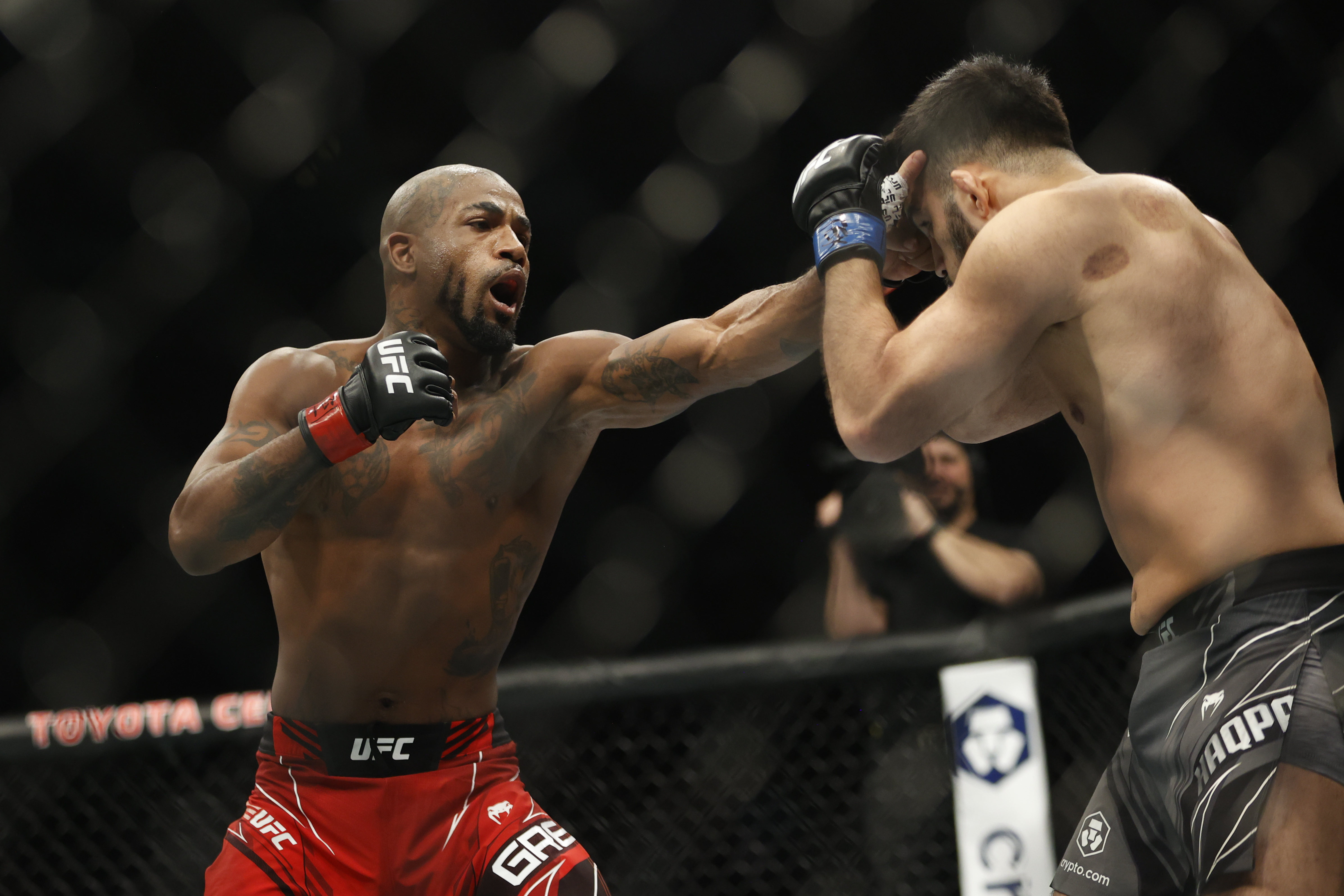 The main event in Las Vegas features an impromptu battle between Islam Makhachev and Bobby Green.

Fighting out of a southpaw stance, Makhachev has shown to be much more than a sambo practitioner since stepping onto the UFC scene.

Fellow southpaw Adriano Martins may have been able to audit Makhachev’s early aggression with a perfectly placed check hook at UFC 192, but the Dagestani fighter has been steadily making improvements to his striking since his lone setback.

Now, it is not uncommon to see Makhachev play at a much safer range when looking to set up his shots and strikes. Whether Makhachev is sniping crosses down the centerline or mixing the targets of his kicking attacks, the 30-year-old does a solid job of constantly changing his level and variating his shot selection.

Makhachev’s patent check right hook is still a key player in regards to a countering presence, but I suspect we see him press more of his clinch striking in this matchup. Favoring single and double collar-tie variations in the clinch, Makhachev does a good job of utilizing well-placed knees to manipulate defenses and create openings.

But when it comes to clinch striking and counters, Makhachev may be in for a surprise or two when he ties up with Green.

Although Green also comes from a grappling base, he wields a slick, boxing-centric style that sadly gets mischaracterized by many. Despite keeping his hands low with his mouth in full flow, Green is actually a very sharp and savvy striker who can both encourage and navigate exchanges.

Utilizing a “Philly shell” defense, Green quietly deflects and rolls with a lot of the shots that are thrown his way. And though some may still note that Green runs the risk of slipping into kicks and knees with this particular style, the American demonstrates stellar positional awareness in regards to what targets he’s offering from what stance (as Green regularly fights from both).

Green is also diligent about mixing in offense to the body, as 35-year-old loves to sneak in shots downstairs before going back up to the head. And when feeling in stride, Green will cleverly change up his timing off of his kicks by attaching quick punches off of the same side.

That said, I’m not sure how much Green will be opting to kick or extend exchanges given the looming takedown threats at hand.

Point of interest: Winning the wrestling 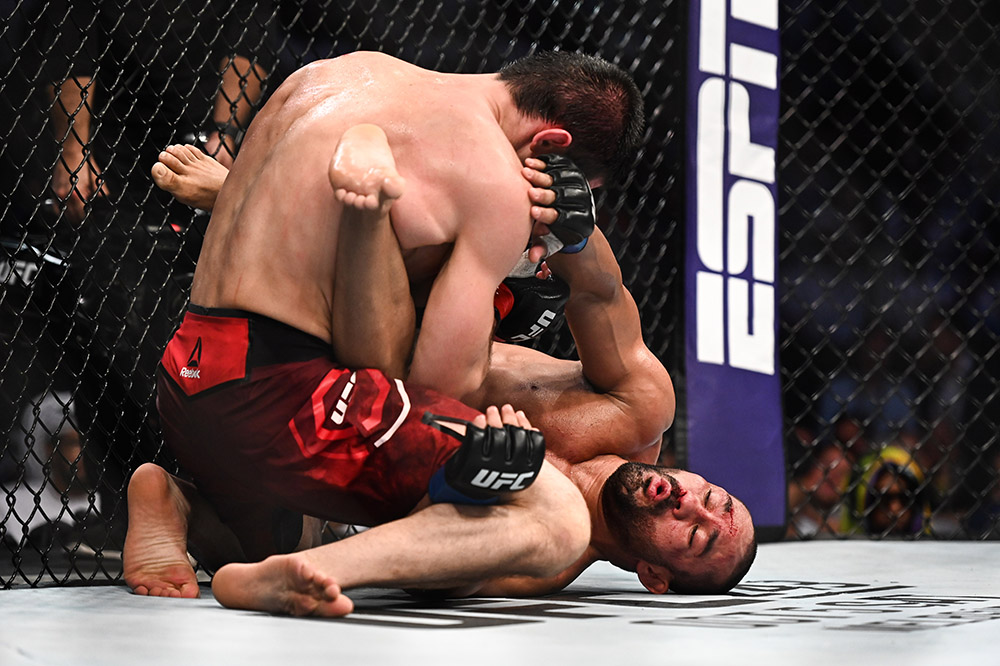 Considering where Makhachev tends to dominate his fights from, his objective should be fairly clear when he steps into the smaller cage this Saturday.

Nevertheless, it still seems that many forget that Green comes from a wrestling base and has seldom been out-grappled inside of the octagon. In fact, if you go back to look at Green’s fights over the past decade, you’ll find that the brash Californian does his best work against dedicated grapplers – typically finishing those fights off by getting the better of the grind.

Although I wouldn’t necessarily be shocked to see Green try and flip the script to get the jump on Makhachev early, I’m not sure how much ground he’d be able to hypothetically gain on a sober sambo champion. Against Arman Tsarukyan, Makhachev displayed both an excellent sense of sniffing out shots, as well as the technical acumen to defend them.

More importantly, failed takedown entries tend to take the fight into the place where Makhachev is most comfortable from — the clinch.

Akin to his now-coach, Khabib Nurmagomedov, Makhachev also scores a majority of his takedowns off of chaining attacks in clinch space. Whether Makhachev is working from his favored single-leg position or hitting slick trips and tosses from tie-ups, the product from Dagestan displays solid adaptability in wrestling scenarios.

If Makhachev means to ground Green with regularity, then he’ll need to be ready to adapt to the only other fighter in the division who can hold a candle to his hand-fighting sensibilities.

Makhachev prefers the more traditional approach of accompanying wrist controls to high-and-tight whizzers in order to separate grips, while Green elects to go with a more unique style of grip defense that flows into his offense.

No matter the position Green finds himself in, the 14-year pro is diligent when it comes to fighting hands and looking to either spin or switch on opponents, showing to have answers every step of the way.

Nevertheless, whether we’re talking about mat wrestling or transitional grappling in general, it can be hard to get a beat on Makhachev.

Aside from having tremendous hip and grip awareness, Makhachev is one of my favorite fighters to point to in regards to demonstrating the importance of wrist control. An unsung hero in regards to effective martial arts techniques, Makhachev’s quiet control of hands and wrists help stymie his opposition’s advances while he furthers his own.

Makhachev also employs stellar legwork that goes beyond his standing clinch work, as it’s not uncommon to see the 12-year pro incorporate clamping leg vines in conjunction with back attacks (as seen in his finish of Thiago Moises).

Green is good about defending leg hooks with elbows en route to tripodding out of back-take attempts, but Makhachev’s style of legwork could be the difference-maker in exchanges.

Point of interest: Odds and opinions 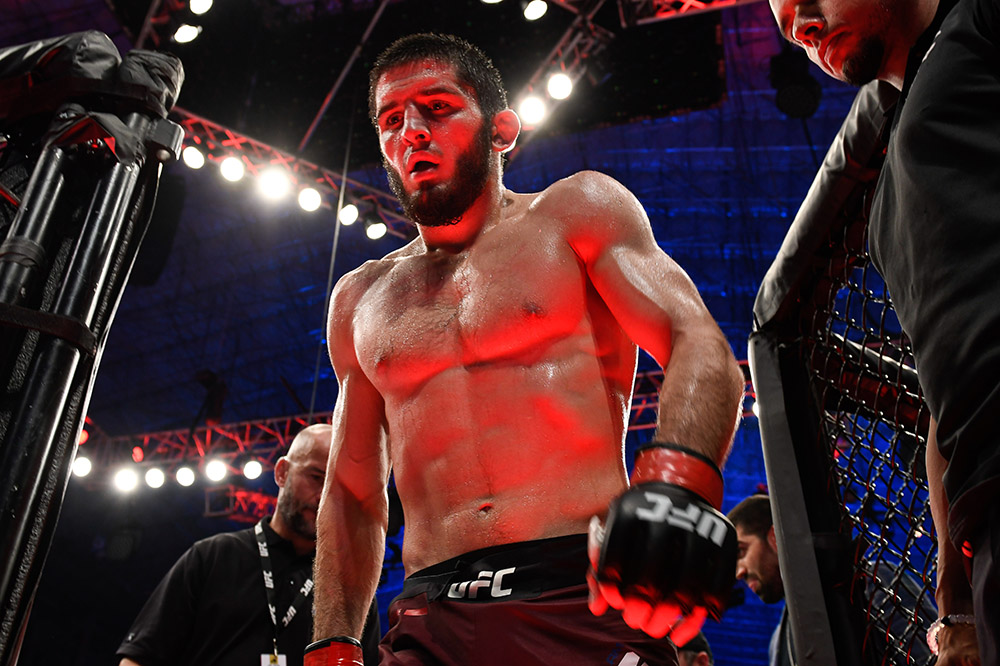 The oddsmakers and public are heavily siding with the Dagestani fighter, listing Makhachev -850 and Green +500 via Tipico.

Even though I hate to see one of my favorite fighters as this big of an underdog, I can understand the sentiment given both the stylistic matchup and circumstances at hand.

I completely agree with UFC play-by-play broadcaster, Jon Anik, in regards to Green being overdue for a main event slot. I just wish it didn’t come on 10 days’ notice.

Green may be fresh off an impressive win over Nasrat Haqparast, but that fight also came together on short notice (roughly four weeks or so) and went the entire distance. Add in the fact that Green looked pretty rough on the scales his last time out, and it makes it hard for me to be confident in his chances this Saturday.

If Green had the full camp necessary for an opponent on the level of Makhachev, then perhaps I’d pick him to survive the early storms and pull away down the stretch via savvy scrambles and output. But between Makhachev looking solid in the stamina and pacing department to the short-notice nature of this contest, I have to side with the hyped favorite here.

I’ll be cheering for Green to score a Jorge Masvidal-like upset off an entry or separation, but the official pick is for Makhachev to eventually win out positions down the stretch, possibly even earning a finish in the later rounds (should Green be in bad shape heading into this fight).

Luke Rockhold rips Jake Paul fighting Tommy Fury: ‘He’s about as much of a boxer as I am a cricket player’
Breaking down McGregor vs. Chandler on TUF and in the Octagon
‘I Regret Not Being This Monster I Am Again’
Sanko To Make UFC Commentary Debut
Marlon Vera vs. Cory Sandhagen shifts to UFC on ESPN 43 in San Antonio