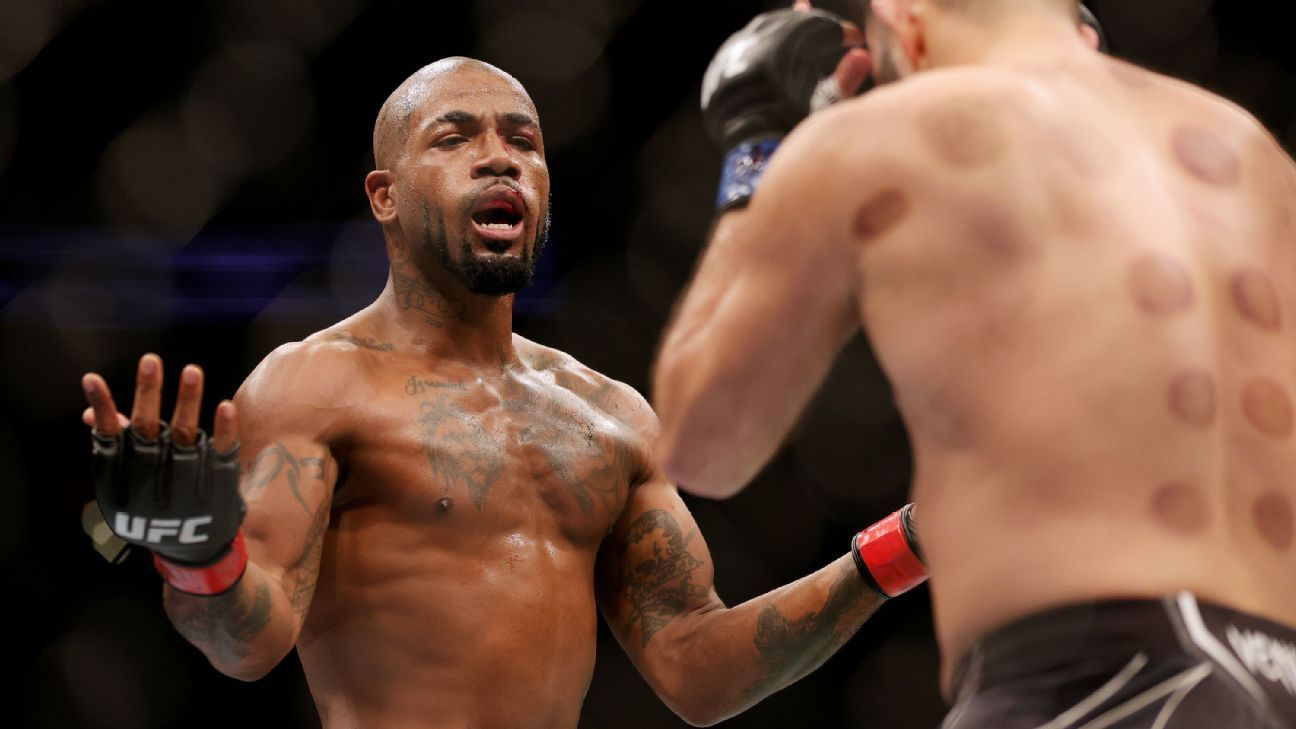 There is a saying mixed martial arts manager Jason House often turns to during conversations with the athletes he represents.

In a sport full of potential pitfalls, UFC lightweight Bobby Green (29-12-1) has always found a way to be one of those still left. The California native has been fighting professionally since 2008, but has only recently seen a spike in popularity and recognition. On Saturday, Green will headline his first UFC Fight Night, opposite Russia’s Islam Makhachev (21-1).

Saturday will mark Green’s 19th appearance in the UFC. No one in the history of the sport has been in more fights before appearing in a UFC main event.

“I’ve been here in the trenches for years,” Green, 35, told ESPN. “I wondered, ‘Is it just me? I don’t know. Maybe it will never happen for me. People will just never see me.‘ I always felt like I was this certain breed of fighter — a Nate Diaz, Jorge Masvidal — but I wasn’t seen that way.”

Like Diaz and Masvidal, Green’s willingness to stand in the middle of the Octagon and trade strikes and verbal barbs with his opponent should make him an appealing draw. But for reasons even Green can’t explain, the sport is finally taking notice in 2022.

Two weeks ago, the city of Houston gave him a hero’s welcome at UFC 271, where he beat Nasrat Haqparast via decision. And since he agreed to face Makhachev, the division’s No. 4-ranked contender, on short notice due to an injury to Beneil Dariush, the sport has applauded his courage.

“I don’t know where these fans are coming from,” Green laughed. “Some people have told me it’s the positivity thing I’ve had going, in all my little interviews and what I say after the fights. I’ve just been me. If they gravitate to it, cool. If they don’t, I don’t know what to say. I’m just trying to be me, sir.”

Regardless of the reasons behind it, the recognition for Green has been a long time coming — for both him and anyone who endured the lower moments of his career.

He made his UFC debut in 2013 following the UFC’s merger with Strikeforce, and rattled off four consecutive wins in less than 18 months. But he suffered his first loss in the Octagon to Edson Barboza in 2014, then missed all of 2015 with a torn quad and torn ACL.

Between 2017 and 2019, Green compiled a record of 1-3-1 over a span of five bouts that all went to the scorecards. According to the online database MMADecisions.com, a majority of media members scored three of those contests in Green’s favor, compared to how judges saw them.

In other words, some of the results during that stretch of Green’s career were questionable, if not controversial — but it didn’t matter. Officially, he’d gone 1-5-1 in his past seven matches.

“Bobby had one fight left on his contract at that time,” House said. “Obviously, when you’re heading into the last fight on your deal you ask about renegotiating, and [UFC matchmaker] Sean Shelby had a fair response — look, we’d won one fight in six years. We needed to show that Bobby still had a lot left in the tank.

“I remember calling Bobby and his coaches and telling them, ‘This is do or die.’ … You think you’re gonna keep getting fights and you’re gonna keep winning. But then you have injuries, you have a slump, you lose some fights you think you won and you realize how precious every victory is.”

On June 20, 2020, Green saved his UFC job by defeating Clay Guida on the undercard of a UFC Fight Night in Las Vegas. He became something of a UFC darling during the pandemic, fighting four times in a four-month stretch that year, compiling a record of 3-1. He also has earned three bonuses in his past six fights for either best performance or fight of the night.

Lightweight contender Islam Makhachev will look to continue his rise in the top-10 rankings when he faces late-replacement opponent Bobby Green, who will be fighting for the second time in 14 days.

Green had been one loss away from what House says might have been “the end of the rodeo,” but when things settled, he was still left. And looking back, he never really sweat it.

“I really wasn’t focusing on all that, to be honest,” Green said. “I was more focused on Clay. We were supposed to fight each other before that, but I suffered an injury. Second time, we were getting ready to face off and he was like, ‘Oh, you made it this time.’ It was a dig at me, like he didn’t think I would show up. So, I was honed in on getting even.”

That mindset is one of the key contributors to Green’s rise. Even when his future is undeniably tied to a result, his focus is always on the fight itself. His entire career, he has never placed too much emphasis on winning or losing. His emphasis is on personal performance and putting on a show.

“There were a lot of fighters that had a singular moment during this extended pandemic, but I’m not sure anyone has had the volume of moments quite like Bobby Green,” said UFC color commentator Jon Anik, who asserted that Green has earned a bigger spotlight after his win on the UFC 271 card. “With his performances in the Octagon or on a microphone thereafter, I felt like Bobby Green was at that point due for a main event.

“This felt like an eventuality, not unlike his ascent to the brink of the top 15. He can really fight.”

A win over Makhachev, who is an 8-to-1 betting favorite going in, according to Caesars Sportsbook, carries the potential to change Green’s life. Makhachev is a teammate and protégé of former champion Khabib Nurmagomedov, and is widely seen as a future champion. If Green were to pull off an upset, House intends to push the UFC for a title shot in Green’s next fight.

Still, Green’s objective in this fight is what it’s been throughout his career: Focus on his performance and put on a show. If there’s a risk Green believes he’s accepting in this fight, it’s that he’ll finally take center stage under circumstances that could prevent him from performing at his best.

But hey, even if that were to happen, he already has proved he knows how to be one of those left standing in an unforgiving sport. “I just want to string it along,” Green said. “I don’t want the impact of this fight to be, ‘Oh, you looked good in your last one and didn’t look good in this one,’ because I didn’t have time to prepare, to give the fans the show they deserve. But I’m going to do what I do: Go out there and fight my ass off.”