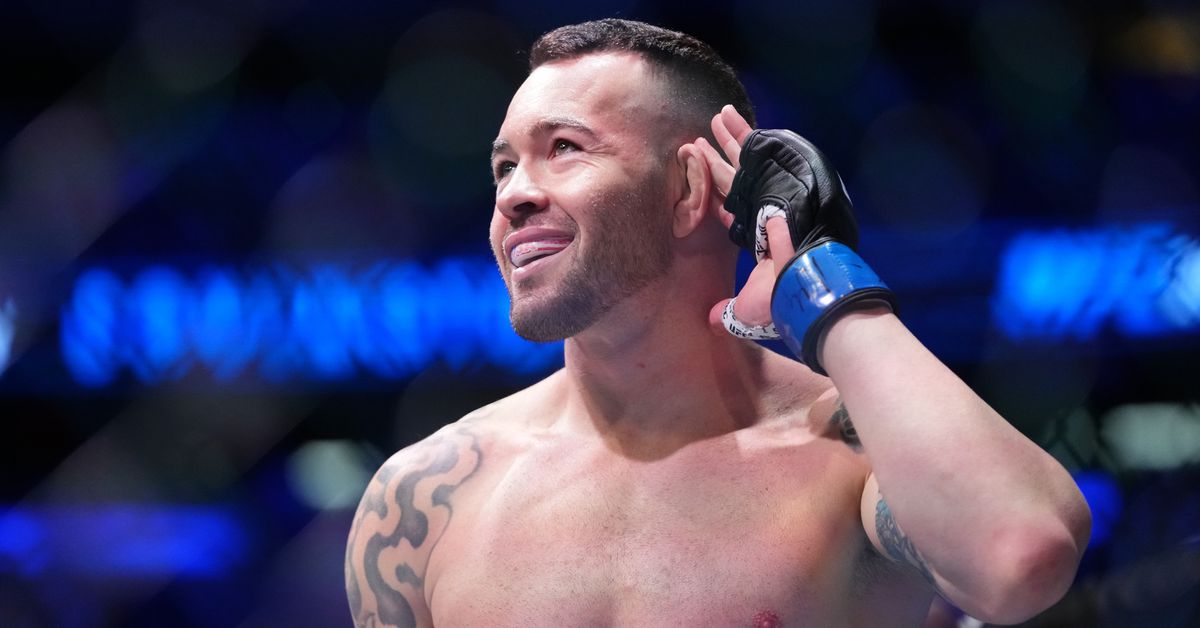 Jorge Masvidal and Colby Covington are set to collide in less than two weeks at UFC 272, and the ongoing war of words isn’t slowing down.

A big part of the intrigue of this grudge match is that the pair lived together for quite some time. Hell, there are old videos of the former best friends wrestling in their living room! They’ve cornered each other, trained together for years, and generally know all their is to know about one another.

That previous intimate relationship is now fuel for the fire. In response to a fan Q&A, Masvidal revealed just how upset Covington used to get over fan criticism, as well as revealing the alleged real reason behind Covington’s frequent sunglasses indoors look.

“He used to f—king read comments and ball up and start to cry,” Masvidal began (via BJPenn.com). “In his interviews at first when he was nice and would just wrestle guys, and was like ‘I just want to win’. People would just s—t on him left and right, like saying he’s boring and quit the sport. I had to mentor him, but you can’t get upset about what somebody that you don’t know says.”

Masvidal continues, “He can’t take that criticism… He truly breaks, he tries to hide it but he’s a s—tty poker player so you can see it. He gets nervous and mad and he gets mad herpes so he has to wear glasses. His herpes breaks out and it’s f—king disgusting. That’s why he wears glasses in indoor places, it’s crazy right. F—king pig.”

A low blow, but when Covington is posing with Masvidal’s ex on Instagram, it’s hard to say there’s much left that’s off limits. Fortunately, the two will get to punch one another in the face for their words sooner than later!

This is an MMA column, so I don’t want to be overly focused on the Russian aggression in Ukraine. For many, I think, Midnight Mania can be a respite from true world news, which is often harrowing. However, given just how many athletes are from Eastern Europe, it would be irresponsible and faulty to fully neglect the topic.

Andre Ward and Gennady Golovkin have differing opinions on why they never met in the ring.

Andre, stop lying to the fans. Your team made the offer AFTER I announced the fight with Lemieux and sold out MSG. You are still angry since that you never sold tickets like me. HBO knew you used the offer for publicity to move to 175. Happy Birthday

Jan Blachowicz is in the process of trademarking “legendary Polish power.”

UFC has moved on from the cursed Matt Schnell vs. Alex Perez bout after the latest cancellation.

A quick look into the camp of Tom Aspinall ahead of his first main event slot vs. Alexander Volkov.

Mike Mazzulli suspends and fines Adam Piccolotti for sharing a video of him throwing up during a weight cut. Mike Mazzulli does some crazy shit every year to get himself in the headlines. One of the biggest assholes in the game. If you fight in south OK your are in for a ride. https://t.co/LYVUmaWhg6

Straight trading along the fence:

A whole bunch of elbows to the face!

The position for a d’arce choke gets a whole lot more dangerous when grounded knees are allowed.