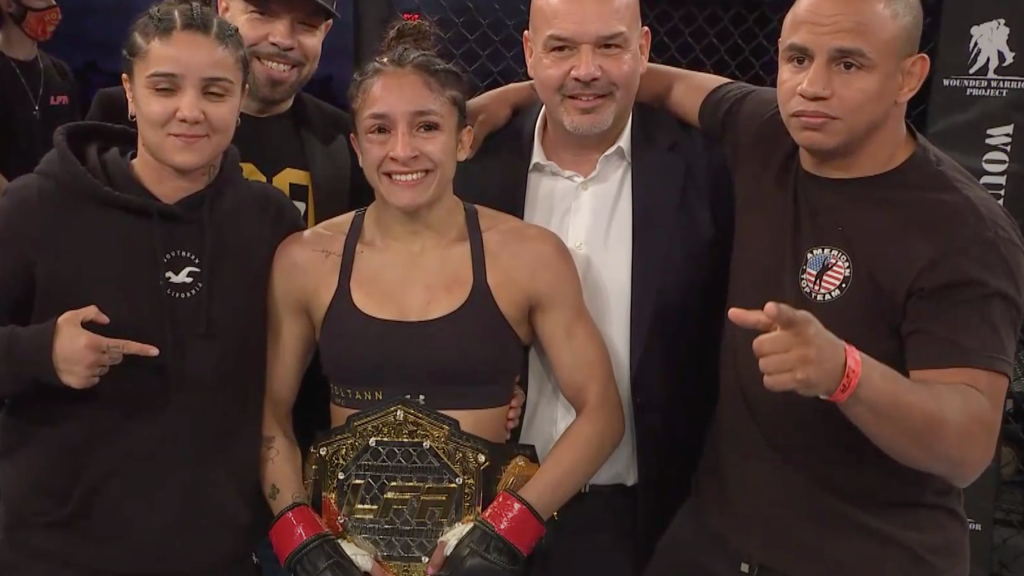 Jaqueline Amorim was an IBJFF champion before she entered the world of MMA, and she showed glimpses of that Friday when she clinched an LFA title.

In the LFA 125 headliner, Amorim (5-0) defeated Loveth Young (3-2-1) via with an 86-second kneebar submission to pocket the vacant LFA women’s strawweight championship.

The win was not without some madness and adversity. In the opening minute, Young blatantly grabbed the cage with both hands on a takedown attempt and swiftly received a point deduction from referee John England for the foul.

Upon the reset, Young pushed Amorim to the canvas and hurled bombs downward. After a shot clunked off her face, Amorim scrambled and grabbed hold of Young’s leg. A few small adjustments and the torque was unbearable. Amorim tapped Young to win her first MMA title and extend her finishing streak to five.

“I want to be (UFC) champion one day,” Amorim told MMA Junkie in January. “I know I have a lot of work to do. I always put in my head that I’m not just going to go into this sport and be like one more fighter. I really want to be the champion one day. That’s what I’m putting the work in for now.”