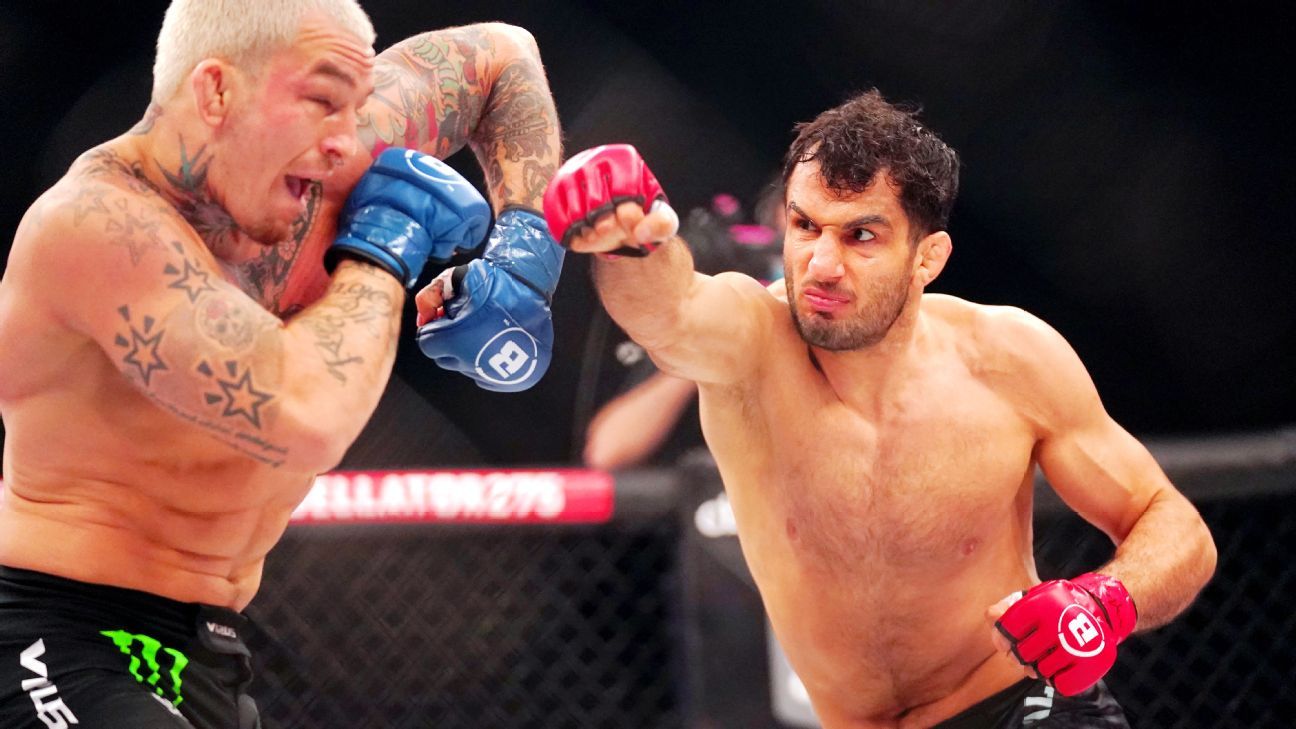 Gegard Mousasi extended his second reign as Bellator middleweight champion in style on Friday, stunning previously undefeated Austin Vanderford early with a 1-2 punch combination before taking the fight to the ground and finishing off a first-round TKO knockout in the main event of Bellator 275 in Dublin.

Mousasi (49-7-2), a 38-year-old from the Netherlands, calmly took apart his American challenger, winning an exchange of punches with a combo that put Vanderford on unsteady legs. When Vanderford (11-1) shot for a takedown, Mousasi defended smoothly and secured top position, then started pounding away until the referee waved off the bout at 1 minute and 25 seconds.

Even in a fight this short, Mousasi once again put on display the relaxed fighting style that has made him a two-time Bellator champ as well as a belt holder in the Strikeforce, Dream and Cage Warriors promotions.

The quick finish emboldened Mousasi to proclaim something he’d been reluctant to say in the past.

“I’m the best middleweight,” he said. “I never said that, because I never believed it. But from now on, you’d better believe it. … I’ve never been so confident in my life.”

In the co-main event, featherweight Sinead Kavanagh toughed it out in front of her hometown fans, overcoming a midfight knee injury that made it difficult for her to maneuver or even stand, and won a unanimous decision over Leah McCourt. Afterward, Bellator announced that Kavanagh will once again challenge champion Cris Cyborg, who knocked out Kavanagh in the first round in November.