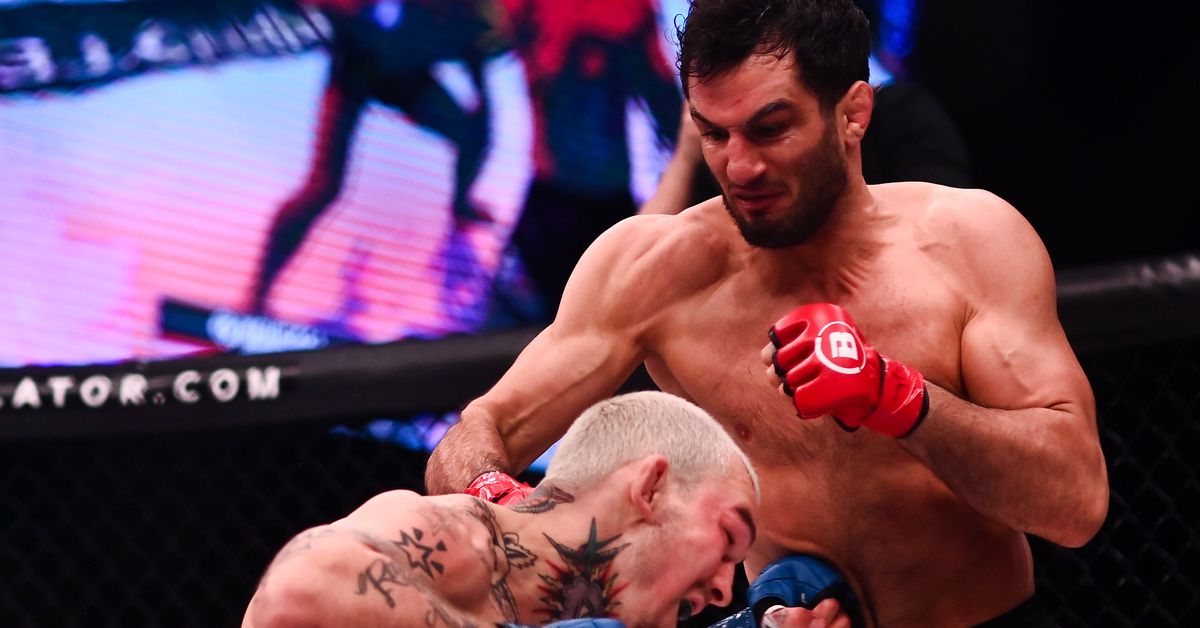 It’s getting harder to deny Gegard Mousasi’s greatness … not that I’m sure why anyone would want to!

Mousasi has been a highly skilled fighter for a long, long time, and he’s one of the best finishers in the sport. A pro since 2003, the 36-year-old Mousasi is one of extremely few PRIDE FC veterans still performing at a very high level. Since leaving UFC as a top-ranked Middleweight on a five-fight win streak in 2017, Mousasi has captured and defended the Bellator 185-pound crown.

On Friday, Mousasi faced off with a tough, undefeated Austin Vanderford, a talented wrestler some expected to really challenge “The Dreamcatcher.” Instead, Mousasi spanked the No. 1-ranked contender, stopping him via strikers in just over a minute (HIGHLIGHTS). For the first time, Mousasi called himself the best Middleweight in the world after the fight. Of course, Israel Adesanya is in the midst of his own tremendous peak, so that’s not a settled argument by any means.

What is certain, however, is that Mousasi is really damn good. Former Lightweight kingpin, Khabib Nurmagomedov, went online after Mousasi’s win to congratulate him, and he also labeled Mousasi “the most underrated fighter in MMA.”

That’s high praise from the active coach and promoter, who knows a thing or two about MMA talent. Mousasi recently revealed that he intends to retire with Bellator, but perhaps there’s still time for a stint in Eagle FC?

Either way, appreciate Mousasi while he’s around, because he’s a special fighter.

Booked or not, Gregor Gillespie is trying to score a fight with any top-ranked Lightweight.

Mauricio Rua and Ovince Saint Preux have been booked to rematch at UFC 274. Does this seem necessary? No. Will we all still watch? Yes.

Another pair of fight bookings, both of which sound like fun kickboxing matches to me.

It’s likely not a surprise that Fabio Cherant is gone after his rather uninspired performance last weekend.

With current champ Oleksandr Usyk as well as the Klitschko brothers both in Ukraine, Heavyweight boxers are overly represented in this conflict.

This is a pretty uncommon position to finish a guillotine, and it’s only possible when the choke arm is very deep.

Kryklia badly stunned him with the first knockdown then finished to the body with a well-placed right kick.

Islam Interested In Move To Welterweight: ‘I Love Big Fights’
Alexander Volkanovski doesn’t want to hear excuses about no Khabib after he wins at UFC 284
Gordon Ryan Offers To Help Coach The Ultimate Fighter
UFC ‘The TIme is Now’ staredowns
Israel Adesanya Feels He’s Still “An Alien” In New Zealand