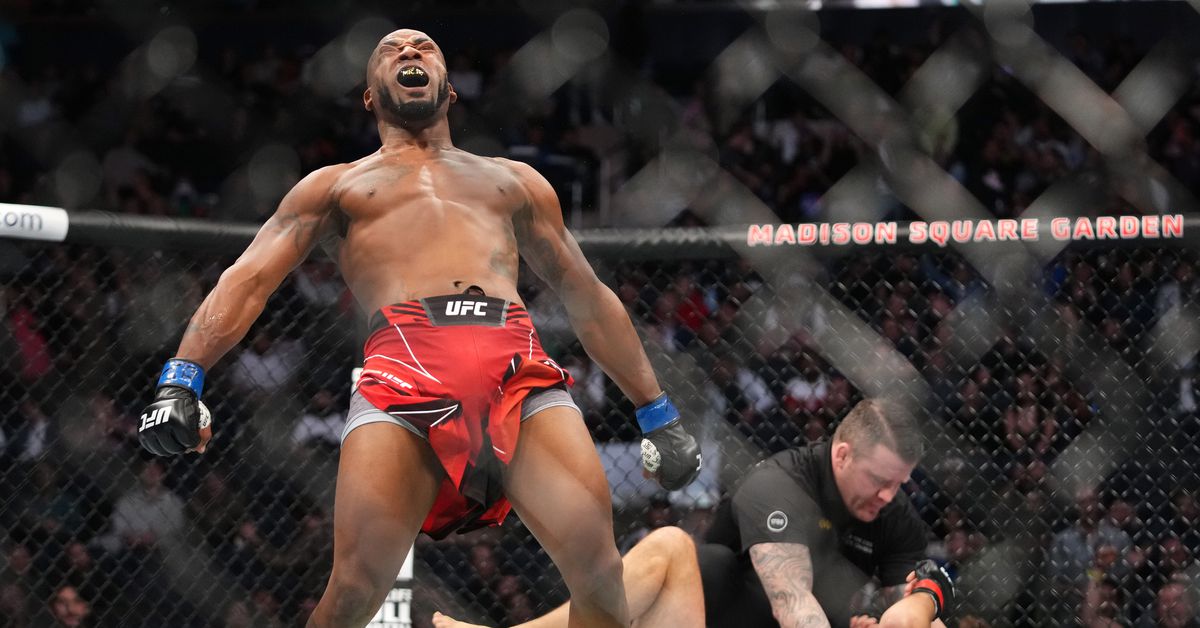 Before Bobby Green’s short-notice headliner against Islam Makhachev, watch the UFC veteran put his hands to work against Al Iaquinta.

Green, who headlines UFC Vegas 49 on Saturday, became the first fighter to knock out The Ultimate Fighter 15 winner Iaquinta, who sought to snap an extended skid when they met this past November at UFC 268.

You can watch the full fight video above, courtesy of the UFC.

Green snapped a two-fight skid with his win over Iaquinta and went on to outpoint Nasrat Haqparast at UFC 271 earlier this month. When Makhachev’s originally scheduled opponent, Beneil Dariush, was ruled out due to a leg injury, Green accepted the short-notice assignment.

Monday on The MMA Hour, Green blasted other UFC lightweights for not stepping up to take the fight. But given the time to prepare, he requested and received a 160-pound catchweight contract for Saturday’s event at UFC APEX in Las Vegas.