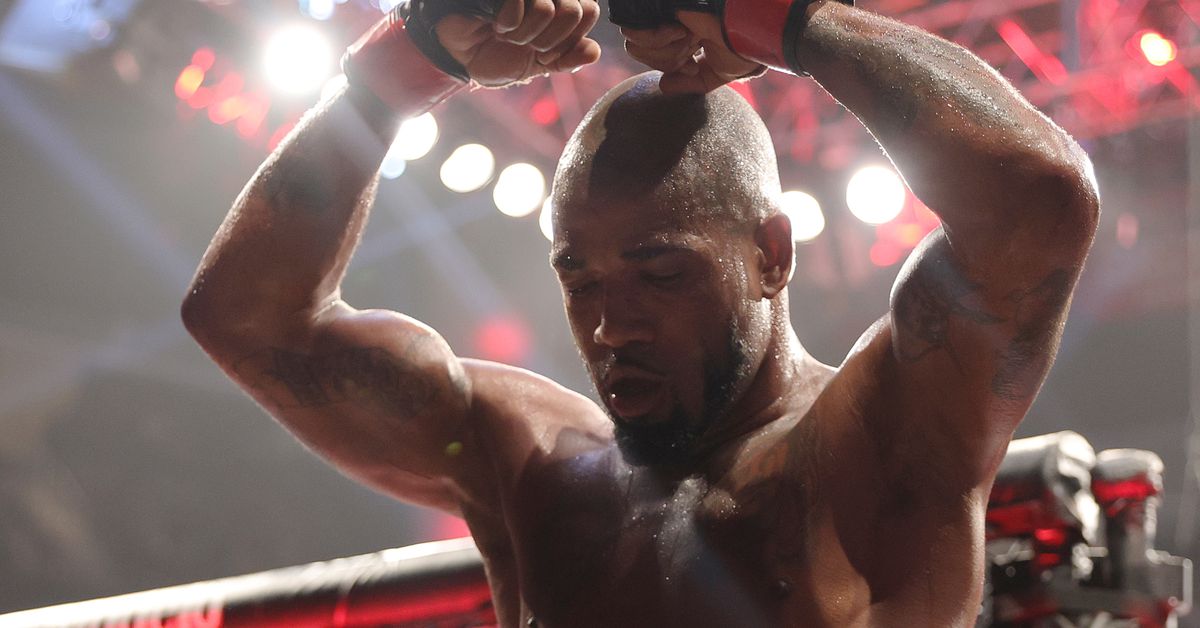 By and large, Makhachev has been perfect inside the Octagon. Since an early loss in 2015, Makhachev has seldom lost a round or even taken a punch, winning nine fights in a row and looking very much like the best Lightweight on the planet. Unfortunately for Makhachev, numerous attempts to book him opposite a Top 5 talent have disintegrated, but he can break into rarified air with a double-digit win streak nonetheless.

Green is unlikely to ever win 10 UFC fights in a row, but that’s okay, because “King” is still a real bad motherf—ker. A hugely skilled and gifted veteran of the sport, Green is thriving right now, a tough fight for any Lightweight even on short-notice.

Record: 21-1
Key Wins: (Dan Hooker (UFC 267), Arman Tsarukyan (UFC Fight Night 149), Drew Dober (UFC 259), Thiago Moises (UFC Vegas 31), Gleison Tibau (UFC 220), Nik Lentz (UFC 208)
Key Losses: Adriano Martins (UFC 192)
Keys to Victory: Makhachev is currently the most dominant Combat Sambo fighter competing. His kickboxing is simple and effective, a punishing distraction until Makhachev can wrap his opponent up in the clinch, force him down, and lock up a submission. The Russian is an absolute technician on the mat, crafty as can be.

Makhachev has mentioned in the lead up to this fight that his approach to every fight is the same. He intends to ground Green, make him tired, and the submit him. That’s not an approach that often works versus the veteran, but Makhachev is far from the standard grinder.

Establishing control will be the real key to victory. Makhachev will be able to take Green down when he times his entries well, but Green is quite good at constantly scrambling and refusing to let his foe settle. If Makhachev has to chase Green in scrambles, he’s the one working hard.

If, on the other hand, Makhachev locks down a leg triangle or secures the two-on-one wrist ride or any other type of true control position — now it’s Green who is going to fatigue, particularly on short-notice.

For the reasons explained above, constantly scrambling and forced Makhachev to work is an important part of Green’s recipe for an upset. The precedent for that type of performance is actually there, as Green once outlasted three-time All-American wrestler Jacob Volkmann via a late rally, and Green has five full rounds to work in this match up.

Perhaps equally important is forcing Makhachev to work hard for the initial shot and make him time his takedowns excellently. Too often, fighters are conceding ground and backing away from Makhachev before he’s even attempted a takedown, granting the Russian prime position to work along the fence.

Green doesn’t have to back off. He may be a counter striker, but he can walk towards Makhachev with his hands low, confident in his head movement to keep him safe from strikes. If Green starts sticking his straights into Makhachev’s nose and refusing to give ground without countering, it will send a huge message right away that Green is going to make this a really difficult night for the favorite.

It’s not the fight we wanted, but it’s still an awesome match up.

Dariush or no Dariush, Makhachev is likely fighting for a title shot here. Sure, he should fight a Top 5-ranked opponent before getting that opportunity, and Conor McGregor might leapfrog him, but we still have to recognize Makhachev’s achievements. He’s been remarkable inside the Octagon, and letting a fighter win 10 in a row without a title shot would be fairly bulls—t.

On the other hand, Green has a chance to join the title mix as an unlikely contender at 35 years of age. He’s always been an excellent fighter, but he’s never been able to put together enough consistency for a title run. By jumping on this opportunity, Green also skips the need for a long win streak. Stop Makhachev, and he’s immediately in the mix.

At UFC Vegas 49, Islam Makhachev and Bobby Green will square off in the main event. Which man earns the victory?

Remember that MMAmania.com will deliver LIVE round-by-round, blow-by-blow coverage of the entire UFC Vegas 49 fight card right here, starting with the ESPN+ “Prelims” matches, which are scheduled to begin at 4 p.m. ET, then the remaining main card balance (also on ESPN+) at 7 p.m. ET.

To check out the latest and greatest UFC Vegas 49: “Makhachev vs. Green” news and notes be sure to hit up our comprehensive event archive right here.