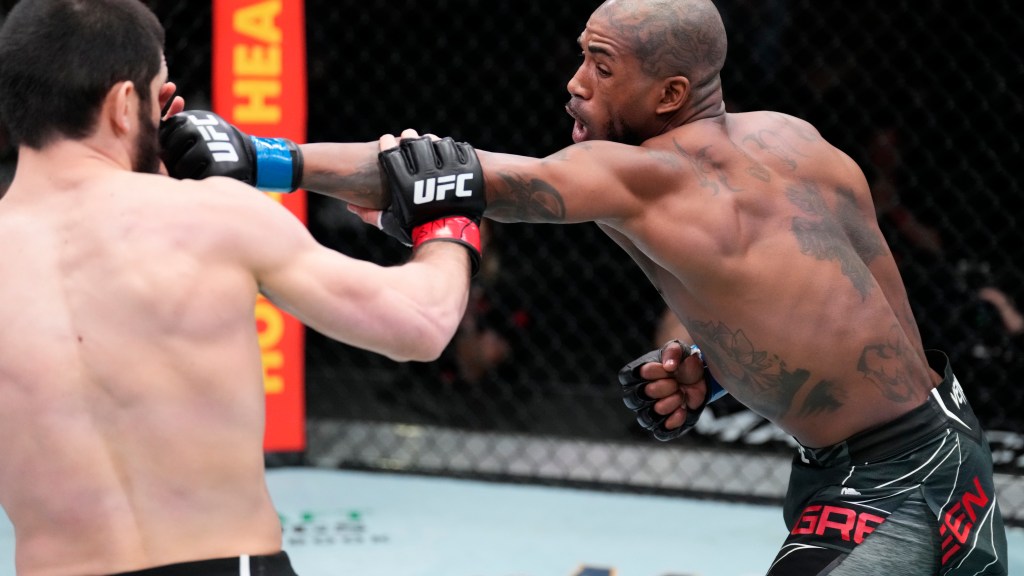 Bobby Green is clearly frustrated after not being able to deliver more resistance to Islam Makhachev in the UFC Fight Night 202 main event.

Green (29-13-1 MMA, 10-8-1 UFC) was taken down and pounded out with strikes by Makhachev (22-1 MMA, 11-1 UFC) in the opening round of their 160-pound catchweight fight at the UFC Apex in Las Vegas. Green took the fight on 10 days’ notice when Beneil Dariush suffered an injury, and oddsmakers had him as the biggest betting underdog in a UFC headliner over the past five years.

Still, though, Green came into the fight confident he could not only surpass expectations, but actually get his hand raised against Makhachev. The reality was different, however, and afterward, a disappointed Green expressed some disappointment about his lack of preparation for such a big moment.

“Expensive pain – expensive pain,” Green said on an Instagram story. “Wins and losses. Wins and losses. I just want to thank all my guys, all my peoples for riding with me. I apologize, but this is what it comes with when you throw this sh*t together, you know what I’m saying? It’s last minute. I put it together as much as I can guys. I appreciate you. The sh*t we do for our families. Love you guys.”

Despite the loss, Green still appears to remain a fan favorite. He positioned himself for the replacement opportunity against Makhachev through a series of exciting performances and engaging interviews, but he could not pull off the upset on fight night.

It appears Green got a bump in compensation to take the fight with Makhachev, and he indicated multiple times throughout fight week that he wouldn’t have stepped up if it wasn’t worth his while.

Cody Garbrandt Gets New Opponent For UFC 285 Return
If Joshua can’t get a title fight, he’d consider Ngannou
Video: Israel Adesanya opens as favorite to beat Alex Pereira at UFC 287. Right call?
Michael Chandler will fight anyone, anytime, anywhere!
Leon Edwards will give Jorge Masvidal a title shot if Masvidal wins at UFC 287: ‘Let’s get in there and settle it once and for all’