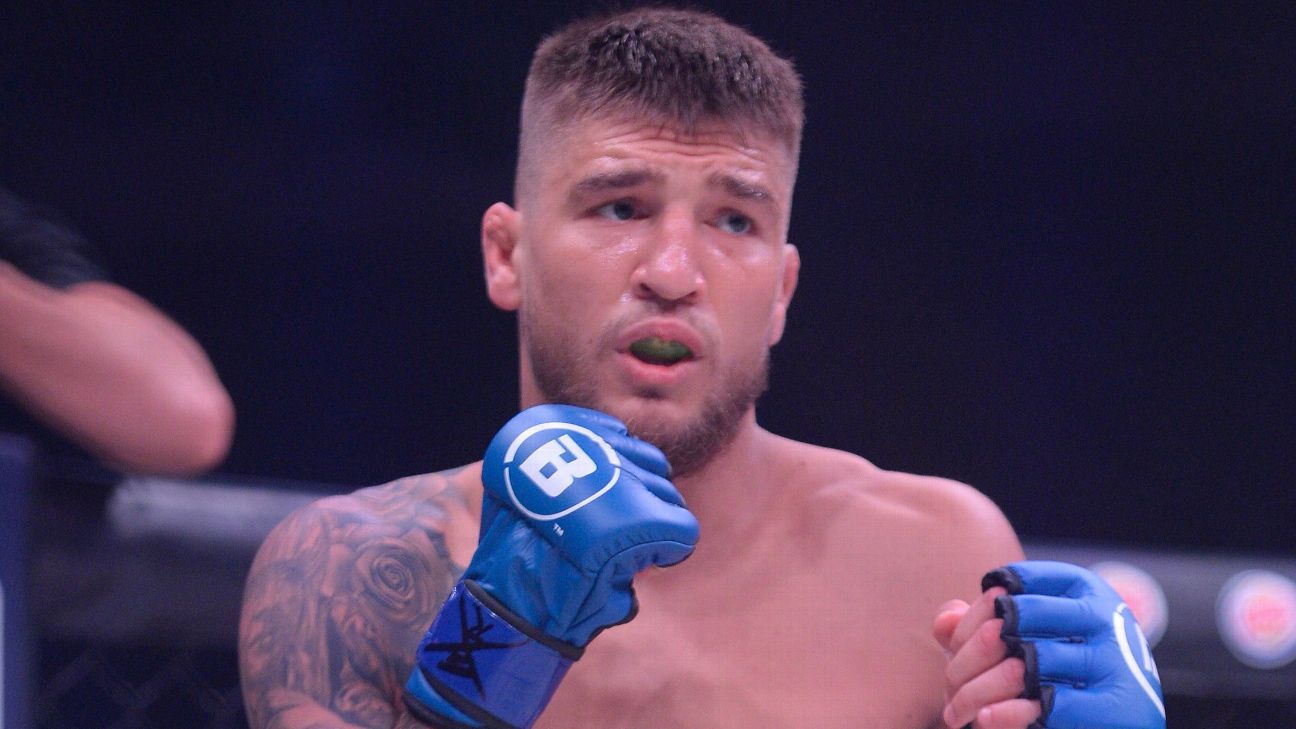 Bellator champion Yaroslav Amosov said Saturday he will stay in his native Ukraine and “defend this country as best I can” against Russia’s invasion.

Amosov, Bellator’s welterweight title-holder, said in a video posted to Instagram that he took his family to a “safe zone,” but has now returned to Ukraine, where he will remain and fight. Amosov spoke Ukrainian in the video and the English translation of his comments was confirmed to ESPN by his manager Andrey Spivachuk.

“Probably, many will think that I ran away, I’m hiding or something like that, but this is not so,” said Amosov, ESPN’s No. 7-ranked welterweight fighter. “I took my family to the safe zone. Now I have returned and will defend this country as best I can, with what I can. I love this country, our own. Russia came to our house and started a war here, many people are dying — innocents, women and children.

“We are in a real war. I cannot understand those people who do not believe that Russian troops entered Ukraine. I see it with my own eyes, I hear it. Terrible things are happening here.”

Ukrainian boxing legends Wladimir and Vitali Klitschko said they plan to take up arms to defend against the invasion. Vitali is the mayor of Ukraine’s capital, Kyiv, and Wladimir enlisted in Ukraine’s reserve army earlier this month as the country braced for an attack.

Amosov, 28, is undefeated at 26-0 and considered one of the best up-and-coming MMA fighters in the world. He beat Douglas Lima to win the Bellator welterweight title last June via unanimous decision. He is a perfect 7-0 in Bellator.

Amosov remains scheduled to defend his welterweight title for the first time against Michael Page on May 13 at Bellator London.