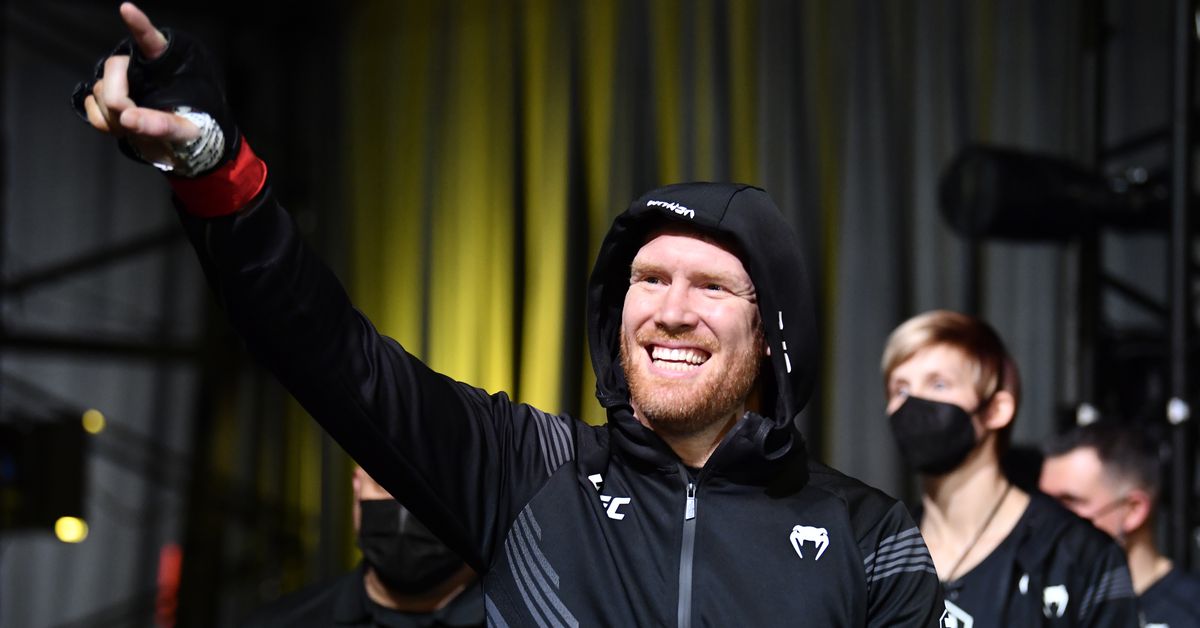 The UFC is giving Sam Alvey one more shot.

Alvey announced Monday on YouTube that the UFC has agreed to allow him to fulfill the one remaining fight on his contract despite his 0-7-1 slump dating back to September 2018.

A veteran in the 185-pound and 205-pound divisions, Alvey said he spoke to officials this past week and expected the conversation to end with a pink slip.

“We knew what they’re calling for, they’ve got to cut me,” Alvey said. “There’d be no hard feelings toward them if they did. Honestly, I’ve been suspecting it coming for a while now because I haven’t won in a while. I’ve had a couple of really good fights that I’ve lost, and in a sport like this, you can’t lose.”

Alvey spoke glowingly of his relationship with the UFC and said the feeling has been mutual during his time with the promotion, which officially began in August 2014 (Alvey was a cast member on The Ultimate Fighter 16 in 2012, but was not signed off of that show).

However, even with the tone of the call being friendly, it wasn’t until Alvey was told he would be fighting at least one more time for the promotion that he nearly jumped out of his seat.

“‘You guys have been enjoyed by everyone that works for the UFC. Anytime you’re anywhere, every time we’ve had anything to do with you, you say yes to every fight, you go out, you fight your heart out,” Alvey recalled the official telling him. “‘You’ve taken some fights on short notice that you probably shouldn’t have, but you are always game, you’ve never said no. Then you show up and you’re happy to be there, you treat everyone well. We’ve decided that we’re going to let you fight out your contract.’

“I’m not cut! I get at least one more fight with the UFC. My contract is one more fight, the UFC didn’t cut me. … Me, I’m freaking out a little bit, trying to keep it together on the phone. ‘Thank you,’ I managed to sputter out. ‘Thank you.’”

Alvey added that the UFC has always been good to him and that during his 23-fight run with the promotion, his pay has gone up “significantly” with each contract.

In his most recent outing at UFC Vegas 47, Alvey lost by second-round submission to late replacement Brendan Allen. It was the third straight loss for Alvey, a streak that follows a draw that was preceded by a four-fight losing streak. His stretch of eight UFC appearances without a victory ties a promotional record with former two-division champion B.J. Penn.

Alvey has heard all of the criticism and regardless of whether his next fight truly turns out to be his last UFC outing, he sees brighter days ahead.

“I hate saying it out loud, but the internet loves telling me, ‘Sam Alvey, you haven’t won a fight in four years. You’ve tied B.J. Penn for the most fights without a win and blah, blah, blah,’” Alvey said. “I just saw a post, it’s like, 1300 days since I’d won a fight or something like that. I don’t want to say that it’s heartbreaking and it’s just terrible and I can’t believe the internet would turn on me like that, but it is what it is.

“I understand this is a sport that you have to remain one of the best or you do not remain and that’s the way it is. It’s a tough life to have and you’re only as good as your last win and I haven’t had a win in a while, but I do also feel and the UFC feels as well that I lost a couple of fights that I actually won. I had a couple of bad stoppages in there, frickin’ Marc Goddard, and hopefully I’m on a rebound. It’s a lot of missed shots, but hopefully I’m on a rebound.”