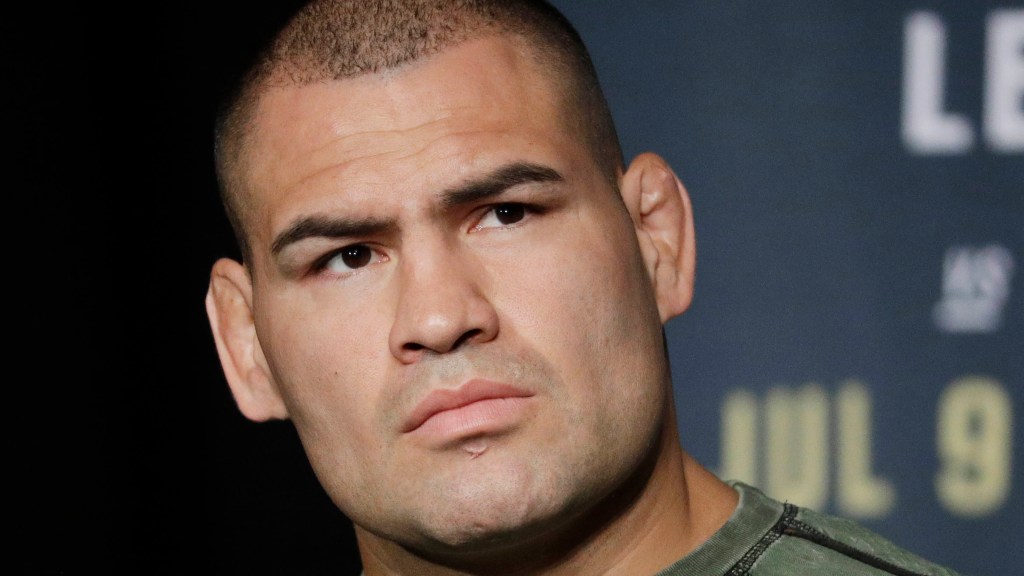 Former UFC heavyweight champion Cain Velasquez is facing six charges following his arrest for an alleged shooting on Monday in San Jose, Calif., with police releasing a “statement of facts” on the case Wednesday.

If found guilty of attempted murder, Velasquez faces a minimum of 20 years and up to life in prison, according to the California penal code. He faces additional time if found guilty of other counts.

Velasquez, 39, was scheduled to be arraigned Wednesday afternoon. He’s been in the Santa Clara County main jail since Monday night.

Velasquez was arrested Monday after allegedly shooting a man wile targeting another man accused of molesting a family member possibly “100 times.” Though details emerged through news reports, the San Jose Police Department had yet to release information beyond the initial incident and arrest announcement until Wednesday.

The police report submitted by Detective Joel Martinez confirmed that Henry Goularte, 43, was recently charged with molesting a “close relative” of Velasquez and released from jail last Friday. Velasquez had employed Patricia Goularte, Henry’s mother, as a daycare worker for the past two years.

Martinez said the investigation showed that police arrived at 3:14 p.m. to the scene of the shooting, which was reported to have taken place at multiple locations. When police arrived, they saw a Chevy Silverado. Three people were inside the vehicle, including Patricia Goularte, Henry Goularte and a man wounded by a gunfire, Paul Bender, who was taken to a nearby hospital.

The police investigation revealed that Velasquez rammed his Ford F250 into the side of the Silverado, in front of witnesses. He then followed the Silverado and fired two shots, one of which struck Bender in the arm. Five casings total were found at the scene. Velasquez was later identified by police as the shooter.

Velasquez was arrested without incident and a 40-caliber semi-automatic handgun was found in his vehicle. Two casings and ammunition were found in the vehicle.

“The sad tragedy is that Mr. Velasquez chose to take the law into his own hands, endangering the public and everyone in the truck,” Santa Clara County District Attorney Jeff Rosen said. “This act of violence also causes more pain and suffering to his family.”

After Velasquez’s motive for his alleged actions came to light, many fighters and figures in the MMA community have rallied to support him on social media, with the hashtag #FreeCain gaining traction.

Velasquez stepped away from MMA competition following a February 2019 knockout loss to now-UFC heavyweight champion Francis Ngannou. He later pursued a stint in professional wrestling for WWE from 2019-2020. He most recently competed for Mexican wrestling promotion Lucha Libre AAA Worldwide.