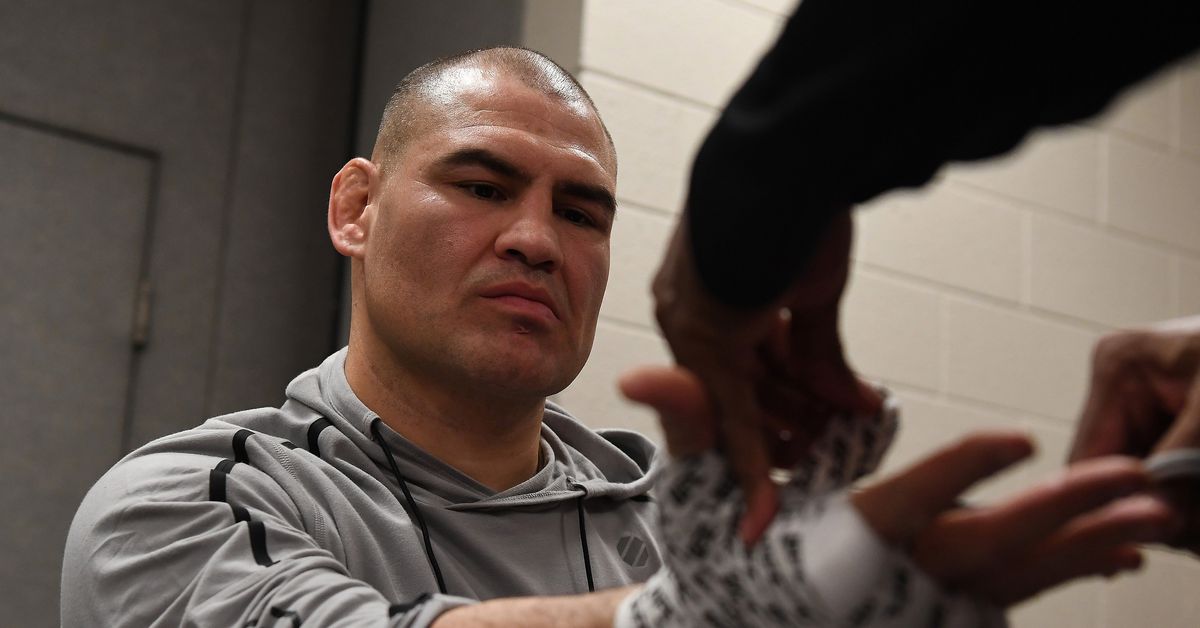 For a man jailed without bail for suspicion of attempted murder, Cain Velasquez doesn’t exactly look ashamed of himself in the recent mugshot photos, and perhaps we now know why.

Per a report from San Jose Mercury News, Velasquez was allegedly firing at a man, 43-year-old Harry Eugene Goularte, who was recently charged with molesting a “close relative” of Velasquez. Specifically, Goularte was charged with one felony count of a lewd and lascivious act with a child under the age of 14. Since the child is a minor and reported sex abuse victim, the details regarding the child’s name and relationship to Velasquez are being kept private. Court documents also revealed the abuse may have been extensive.

Despite objections from the Santa Clara District Attorney’s Office, Goularte was granted supervised release last Friday. Three days after Goularte’s release, Velasquez allegedly fired at a car with three people in it. One of them was Goularte, while the man actually shot was his step father, who’s expected to survive the shooting.

There are still many unknowns regarding the Santa Clara shooting, but Velasquez’s motivations for his alleged involvement, at least, is more clear. Since these reports have spread online, there’s been an outpour of support for the former Heavyweight champion, though it’s important to remember that nothing has been proven in court.

UFC might be heading to Singapore in June, which is certainly a change in scenery from the Apex!

Tony Ferguson didn’t get the call, but per “El Cucuy,” he’s offered to fight both Islam Makhachev and Rafael dos Anjos in recent weeks. On that note, Renato Moicano has opened as a solid underdog vs. “RDA.”

Kayla Harrison told Cris Cyborg that if you want to talk s—t, SAY IT WITH YA CHEST!

Kamaru Usman’s reaction to the Colby Covington vs. Jorge Masvidal surprised me.

There have been plenty of D2 and junior college wrestlers who have thrived in the UFC. Jon Jones was a JUCO champ!

Mike Perry getting a bit of repair work done — comes with the BKFC territory!

Pulling out of an exchange with one’s hands down is dangerous for reasons explained below.

Be careful when inverting in a street fight …

Accuracy is just as important as power with body shots in particular.

Alex Pereira vs Israel Adesanya rematch booked for UFC 287
Khamzat Chimaev BLASTS Daniel Cormier for his CHOICE OF WORDS about relationship with Darren Till!
UFC superstars PART of the next TUF season? Conor McGregor and Jorge Masvidal announcing update!
UFC champ got BACKSTAGE ANGRY after UFC 283 win, Islam Makhachev confirms Khabib out of UFC 284!
Alexander Volkanovski doesn’t want to hear excuses about no Khabib after he wins at UFC 284