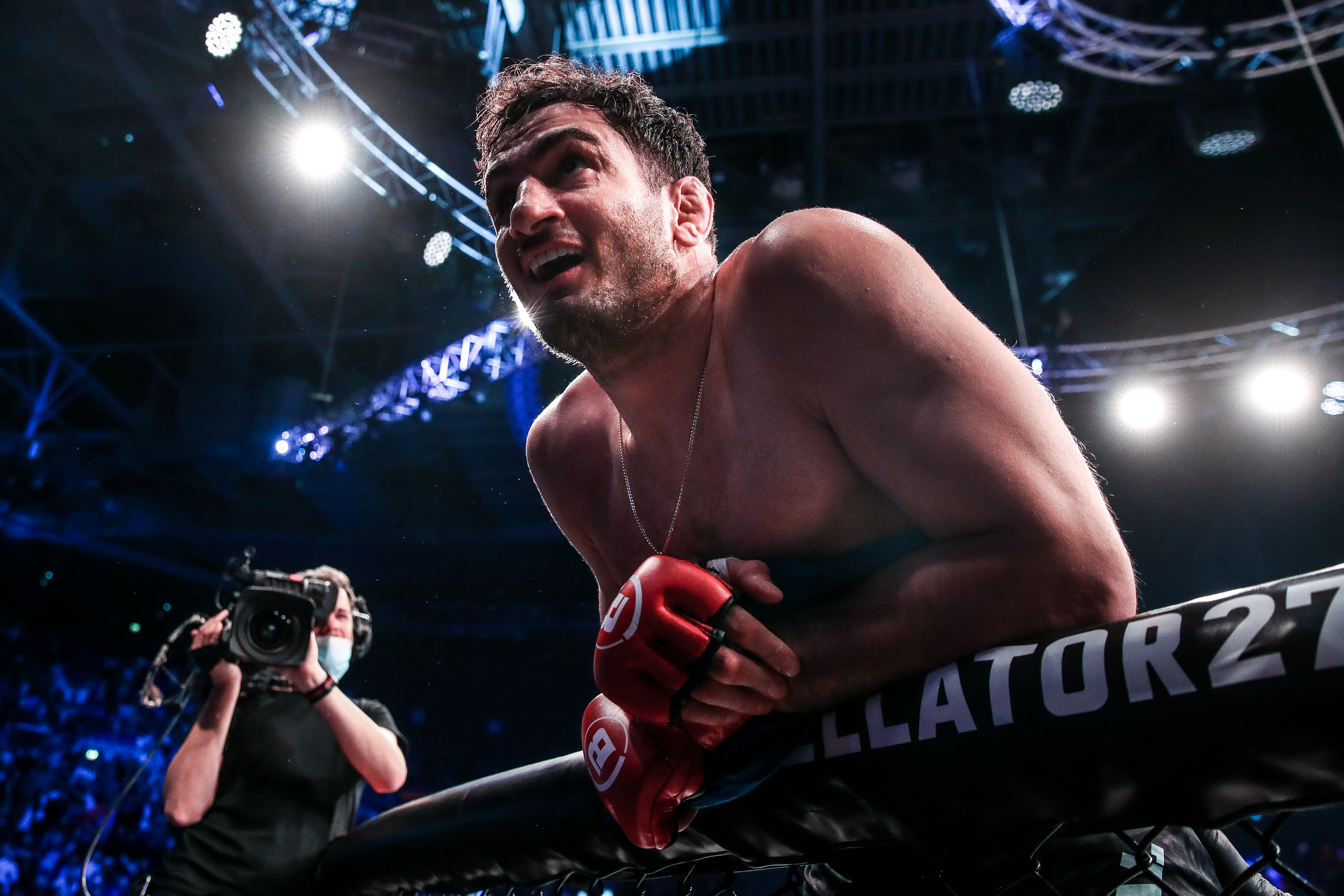 Already considered one of the greatest fighters of all time, Jones says he wants to turn his attention to heavyweight and has no intention of returning to 205 pounds.

Usman has five consecutive defenses of the UFC’s 170-pound title and is now in the discussion as the greatest welterweight of all time.

While he wasn’t completely satisfied with his latest win over Robert Whittaker, Adesanya did notch another title defense and wants to turn around quickly to face Jared Cannonier.

Despite a multitude of distractions and some serious injuries, Ngannou was able to unify the UFC’s heavyweight titles and will now look to work through a contentious contract dispute.

After suffering the first knockout loss of his career, Johnson openly contemplated the idea of potentially competing in kickboxing next and ultimately booked himself an intriguing mixed rules matchup.

Volkanovski has certainly been tested in his time as UFC champion, but he continues to gut out impressive performances and now owns an incomprehensible 20-fight win streak.

Miocic apologized for deviating from the gameplan against the dangerous Francis Ngannou, a mistake that cost him the UFC heavyweight title.

The undefeated Bellator champion looked absolutely incredible in his run through the promotion’s featherweight grand prix and is willing to take on anyone in defense of his new title.

Oliveira’s rise to UFC champion may have been unexpected, but he now looks like perhaps the most dangerous matchup in the lightweight division and boasts a 10-fight winning streak.

Figueiredo is once again the UFC flyweight champion after a narrow win over Brandon Moreno, and the two may very well be heading towards a fourth consecutive matchup.

Moreno was frustrated in the result of this third fight with Deiveson Figueiredo and is hoping they can rebook the matchup immediately, and he’s willing to make a quick turnaround to do it.

At 38, Bader may not have what it takes to bounce between divisions any longer, but he’s the reigning Bellator heavyweight champion after unifying the belts against Cheick Kongo.

Poirier was incredibly disappointed after failing to win the UFC lightweight title but would still seem to have big fights ahead, should he choose.

Holloway has hinted at some big things on the horizon that don’t necessarily revolve around getting another crack at Alexander Volkanovski.

Teixeira’s final career chapter has been amazing to watch unfold, claiming the UFC light heavyweight title at 42 and adding to the legend of a storied run.

Two of the most impressive fighters in the sport climb in their respective divisional rankings following strong wins.

At Bellator 275, middleweight champion Gegard Mousasi (49-7-2 MMA, 7-1 BMMA) made quick work of previously undefeated Austin Vanderford (11-1 MMA, 5-1 BMMA) in the main event. In just 85 seconds, the fight was over after Mousasi overwhelmed his opponent with sharp striking, leading to the fast TKO finish to defend his title. With his strong performance, he moved up to the No. 4 spot in the middleweight division, passing UFC’s Marvin Vettori.

Although he needed a replacement opponent on short notice once Beneil Dariush suffered an injury, Islam Makhachev (22-1 MMA, 11-1 UFC) still took care of business in dominant fashion against Bobby Green (29-13-1 MMA, 10-8-1 UFC) at UFC Fight Night 202. Although the victory wasn’t as fast as Mousasi’s, it was just as dominant, with Makhachev controlling virtually every moment of the fight from the start to the finish at 3:23 of the first round – a performance worthy of a jump up to the No. 4 position.

After UFC Fight Night 202 and Bellator 275, take a look at movement in the middleweight division, as well as the rest of the full rankings ahead of UFC 272 using the dropdown menu above.

The rankings take into account a fighter’s wins/losses, quality of competition, finishing rate/dominance and frequency of fights.

Fighters are no longer eligible to be ranked after they’ve been inactive for 24 months, either due to injuries, drug/conduct suspensions, contract disputes or self-imposed hiatuses.

Fighters serving drug/conduct suspensions are eligible to be ranked, so long as they’re not inactive for more than 24 months.