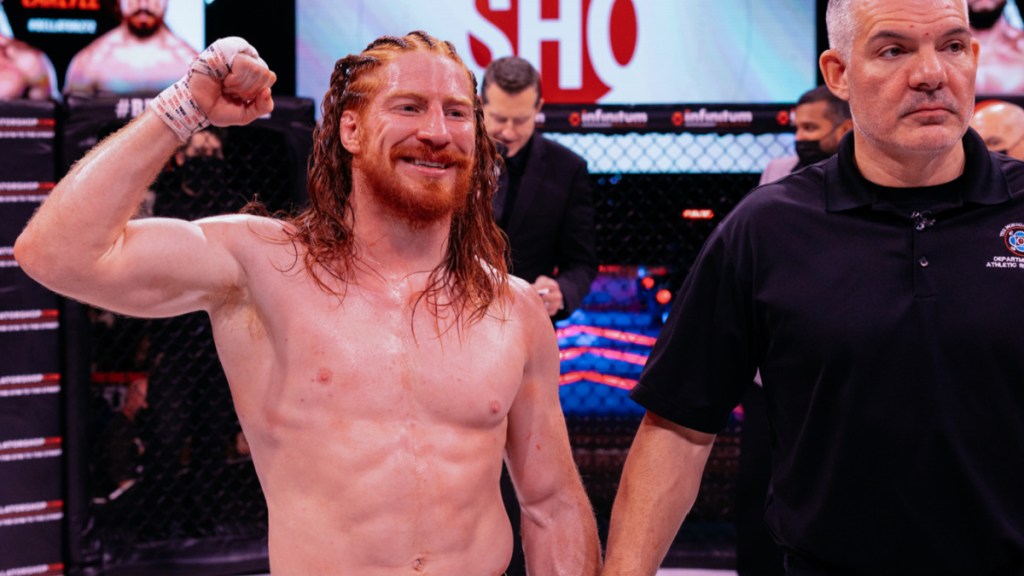 Months after an emphatic, come-from-behind submission win over Dan Moret at Bellator 272 in December, Carlyle (13-3 MMA, 1-0 BMMA) has inked an exclusive multifight deal with the promotion. A person with knowledge of the signing informed MMA Junkie of the signing Thursday, which was later confirmed to MMA Junkie by a promotion official.

Carlyle, 28, officially joins Bellator’s lightweight division on a four-fight winning streak with four finishes. A former UFC fighter, Carlyle was released from the promotion in 2021 following back-to-back losses to Billy Quarantillo and Bill Algeo. However, he quickly carved a space for himself on the Bellator roster with his dramatic and exciting fighting style over his four fights since his UFC departure.

Following his victory in December, Carlyle voiced eagerness to land a multifight deal with a major promotion – either Bellator or RIZIN.

“My heart has always been set for Japan, for Rizin,” Carlyle said in a post-fight news conference. “It would be an amazing thing to win a belt in Japan and come over to Bellator and compete for the world title here, as well. … I’ll go wherever the good Lord takes me.”

As of the time of publication, Carlyle does not have an opponent, date, or location lined up for his next fight.

Check out Carlyle’s ridiculous rally against Moret in the video below.

Boxer Liam Wilson Accuses Opponent Of Weigh-In Tampering
Conor McGregor and Michael Chandler to coach TUF 31
Pound-For-Pound No.1 is on the line in Perth! 😤
Dana White responds to Islam Makhachev’s comments about UFC 284 promotion: ‘What does he know about what’s going on?’
‘This is the happiest time for me’: Inside Fedor Emelianenko’s last hurrah in MMA