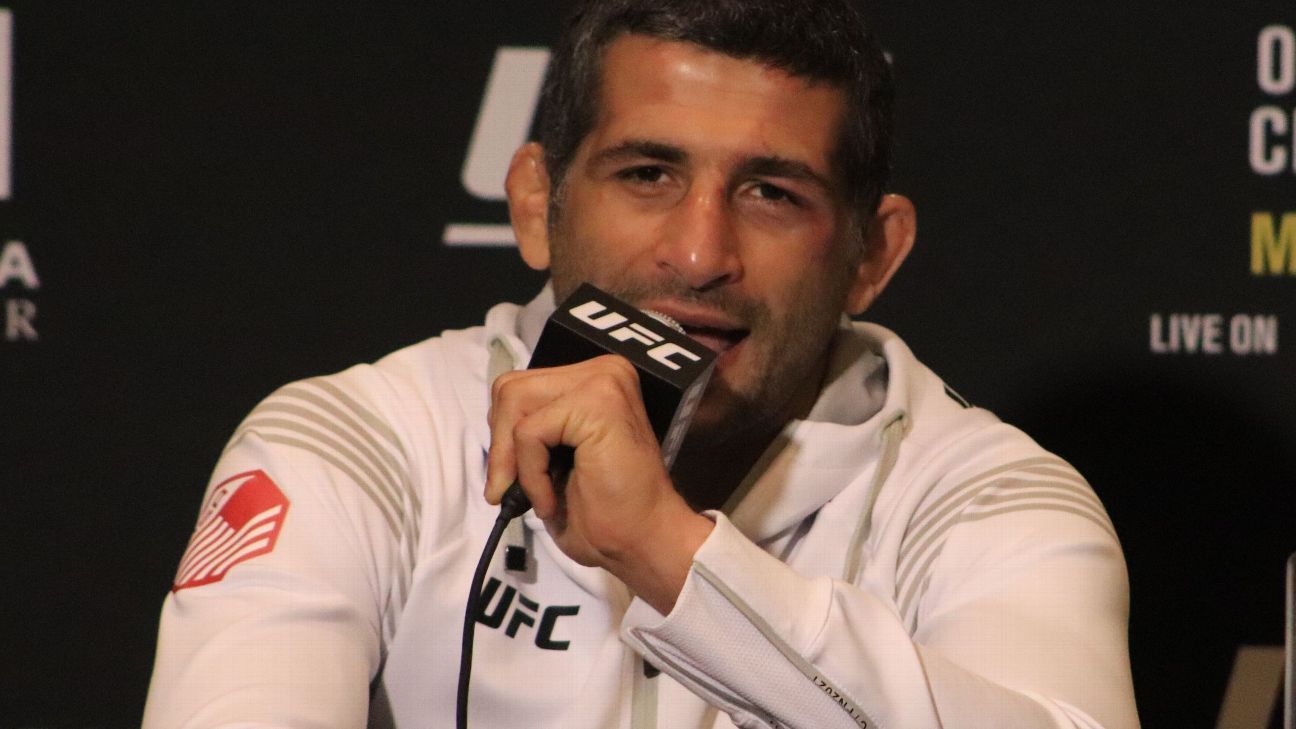 UFC lightweight Beneil Dariush told ESPN on Wednesday he will avoid surgery on his recently injured leg and should be able to return to action this summer.

Dariush (21-4-1) was slated to face Islam Makhachev (22-1) in the main event of a UFC Fight Night on Feb. 26, but he was forced to withdraw the week before after suffering a broken fibula during a training session. Makhachev went on to face late replacement Bobby Green and won via first-round TKO.

After consulting multiple physicians, Dariush has elected to forgo surgery and allow the bone to heal naturally. Doctors estimate a recovery of six to eight weeks.

“At first, they were talking four months just to start training again,” Dariush said. “So, when I heard six to eight weeks, I almost started crying. … The physical therapy comes with the ankle. It’s going to get weaker, and lazy. It gets tighter. The physical therapy is really just to keep the ankle healthy.”

In an interview with Barstool Sports on Wednesday, UFC president Dana White said he intends to rebook the 155-pound matchup between Dariush and Makhachev. White said the UFC tried to book a fight between Makhachev and Rafael dos Anjos this weekend at UFC 272, but the bout didn’t come together. Once that matchup was no longer an option, White said decided to revisit the original contest.

Makhachev and Dariush are the Nos. 3 and 4-ranked lightweights in the UFC, respectively. Makhachev is on a 10-fight win streak, while Dariush has won seven in a row.

Given Dariush’s time frame for recovery, and the fact Makhachev will observe the Muslim fasting period of Ramadan from April 2 to May 2, Dariush guessed the bout will likely now take place sometime in the summer.

“I really want to see this fight, too,” Dariush said. “Thank God, we’re going to reschedule. I feel bad for Islam. I’m sure he’s not happy about the situation, but it’s the ideal situation for me to get this fight rebooked. I’d like to have another 10 weeks for this camp, but if it’s shorter, it’s shorter. June, July, those are dates.”