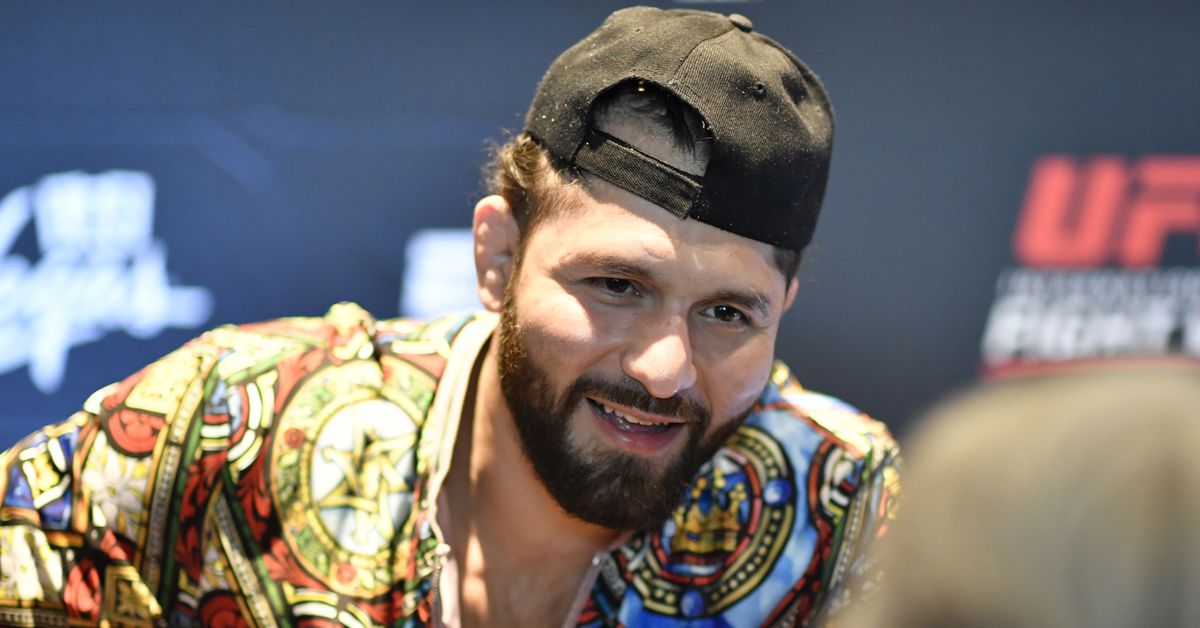 Jorge Masvidal isn’t letting his emotions get the best of him ahead of UFC 272.

Masvidal faces his former roommate and teammate Colby Covington in a five-round, non-title main event on Saturday in Las Vegas. The discourse between the two welterweights has grown ugly in recent years since their friendship deteriorated, with Covington lobbing personal shots at Masvidal’s character, family, relationships, and everything in between. But as fight night approaches, Masvidal is keeping a clear eye on what his grudge match against MMA Fighting’s No. 2 ranked welterweight really means in the grand scheme.

“It’ll put me as the No. 1 contender,” Masvidal said Wednesday at UFC 272 media day. “I’ll be competing for the title shortly after, so that’s definitely a plus. But as far as having beaten great fighters and stuff, I won’t even talk to my grandkids about this guy. It’ll just be some personal stuff, ‘Yeah, I beat this guy up,’ and some dude I never really liked, and that’s it.

“He won’t rank up there as far as accomplishments. I don’t like his style, how he fights. I think I’m going to make it look very easy come Saturday night and people are not going to even give me credit. They’re going to be like, ‘Yeah, I guess Masvidal was right. Colby’s overrated, over-ranked, and f*cking a piece of sh*t individual.’”

While Masvidal has tried to downplay the effect his rivalry with Covington will have on his performance once the moment comes, that doesn’t mean “Gamebred” is willing to forgive and forget. Covington has gleefully crossed lines that are rarely crossed in fight promotion, both before the booking of UFC 272 and in the bout’s lead-up. He has not been shy to use his personal knowledge of Masvidal’s family as a tool to needle his former American Top Team teammate at every turn. And in Masvidal’s eyes, that is unforgivable.

“My kids mean a lot to me,” Masvidal said. “My daughter’s 13 years old, she’s online. I can’t control her every second of the day, so she goes onto her phone, she sees things, like, ‘Why is this person talking about it? Why are we getting brought up?’

“Those type of things, I’ll never let that slide in my life, man. We could be, both of us, in a very bad situation where we could maybe help each other to get out of that situation, and I would say, ‘Nah, we’re both dying here.’ Like in a sinking ship, I’m causing a fist-fight right there with him and we’re both dying.”

Covington is currently more than a 3-to-1 betting favorite to defeat Masvidal, however the dynamic in the matchup is unique considering how long the two trained together at ATT.

Both men are intimately familiar with each other’s styles and how they perform when the going gets tough — and Masvidal sees that knowledge as an advantage for himself.

“I’ve never quit on a session, right?” Masvidal said. “Like, when me and him go, I’ve never quit, no matter how much — if it was a wrestling session, no punches involved, and he just beat me up wrestling, I never quit. He’s quit when we’re going strikes, and from body blows and stuff like that. He’s gotten upset, taken his gloves off, walked out of the cage. He’s had to have the coaches talk to him and say, ‘Hey man, it’s just training. Relax. You’re getting a little bit too heated. Just get back in there. It’s all good.’ I’ve never done that. I’ll take my ass whooping like a man and I’ll give my ass whooping like a man.

“He can be an alright hammer. That, he could do. He can never play the nail role. And as soon as things don’t start to go his way, man, he quickly unfolds. It’s a snowball effect. We’ve seen him. You’ll the see facial expressions he makes when things ain’t going his way. When Warlley Alves wasn’t giving into him and put him in a little guillotine, before he could even sink it in — tapped. It’s just the nature of the beast. He’s a good hammer, but never a nail.”

Masvidal is no stranger to pulling off big wins as a betting underdog. He was the underdog against both Darren Till and Ben Askren in 2019, yet knocked out both men in emphatic fashion to propel himself to UFC stardom. The Askren win, in particular, was easily the most memorable knockout of Masvidal’s career, with his 5-second flying knee knockout becoming one of the most iconic UFC finishes in recent history.

Masvidal expects to have the same type of fate in store for Covington.

“Oh, I’ve got a very similar plan for Colby,” Masvidal said. “It starts violent and it ends even more violent.”

UFC Uruguay Media Day Staredowns – MMA Fighting
Leon Edwards will give Jorge Masvidal a title shot if Masvidal wins at UFC 287: ‘Let’s get in there and settle it once and for all’
MMA Junkie’s Submission of the Month for January: Gabriel Bonfim joins brother as award winner
Morning Report: Michael Chandler shuts down Conor McGregor-Tony Ferguson TUF talk, makes his case for coach
Bellator 290 Ceremonial Weigh-in: Ryan Bader vs. Fedor Emelianenko