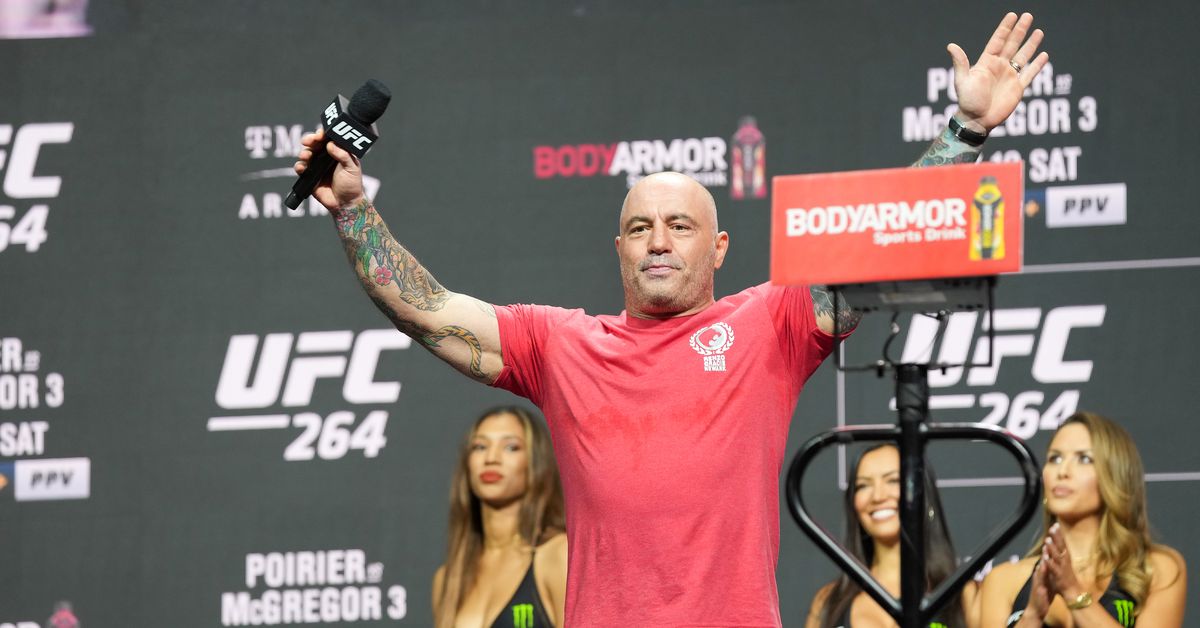 At the last minute, it was announced the Joe Rogan wouldn’t be commentating at UFC 271. It’s not often that a pay-per-view (PPV) event is held without Rogan at the mic, and initially the reported reason was a “scheduling conflict.” Dana White refuted that claim, however, stating that Rogan could have been in attendance and chose not to work the show.

Likely, Rogan was letting recent controversies — be it accused COVID-19 misinformation or previous usage of a certain racial slur — die down. Fortunately for fans of the comedian, the heat has seemingly eased up after several apologies, and so Rogan is back on the commentary line up in his usual role of color commentary per MMAJunkie.

Joining him at the commentary table will be Jon Anik in play-by-play and Michael Bisping for additional color commentary. Daniel Cormier, meanwhile, was initially planning to commentate, but he’s taking a break after the recent death of his mother.

In case anyone was concerned, Bryce Mitchell is still getting his camo trunks Reebok, Venum, or otherwise!

I would hope Colby Covington got a great deal upfront, otherwise this is a major financial L for “Chaos.” Not many non-champions headlining UFC pay-per-views …

Colby Covington says he’s not getting PPV points for his main event bout against Jorge Masvidal this Saturday. #UFC272

Brian Kelleher will not be giving his take on Genki Sudo’s “We Are All One” classic flag.

They won’t allow me to walkout with the world peace flag unfortunately. Peace be with you

Islam Makhachev denies being the reason that the proposed Rafael dos Anjos match up fell apart (again). From the outside looking in, Makhachev (or likely, his management) could’ve just sat quietly and waited for his well-earned title shot, but now his situation is iffy.

I don’t care who you will put in front of me, I’ll smash this whole division

The Light Heavyweight division is more fun with Tyson Pedro back!

I would have to argue this street fighter telegraphed the uppercut then came through with a hook. Smart!

Kevin Holland’s win over Ronaldo Souza is one of the most insane finishes in UFC history.

I find every single one of these plant timelapse videos neat.

Midnight Music: Had a submission/request in the inbox tonight!

Cody Garbrandt Gets New Opponent For UFC 285 Return
Watch BROADENED HORIZIN — Feat. Dodson, Inoue, Motoya
Leon Edwards will give Jorge Masvidal a title shot if Masvidal wins at UFC 287: ‘Let’s get in there and settle it once and for all’
Bo Nickal Reveals Why He Didn’t Step Up To Wrestle Gable Steveson
Khamzat Chimaev BLASTS Daniel Cormier for his CHOICE OF WORDS about relationship with Darren Till!