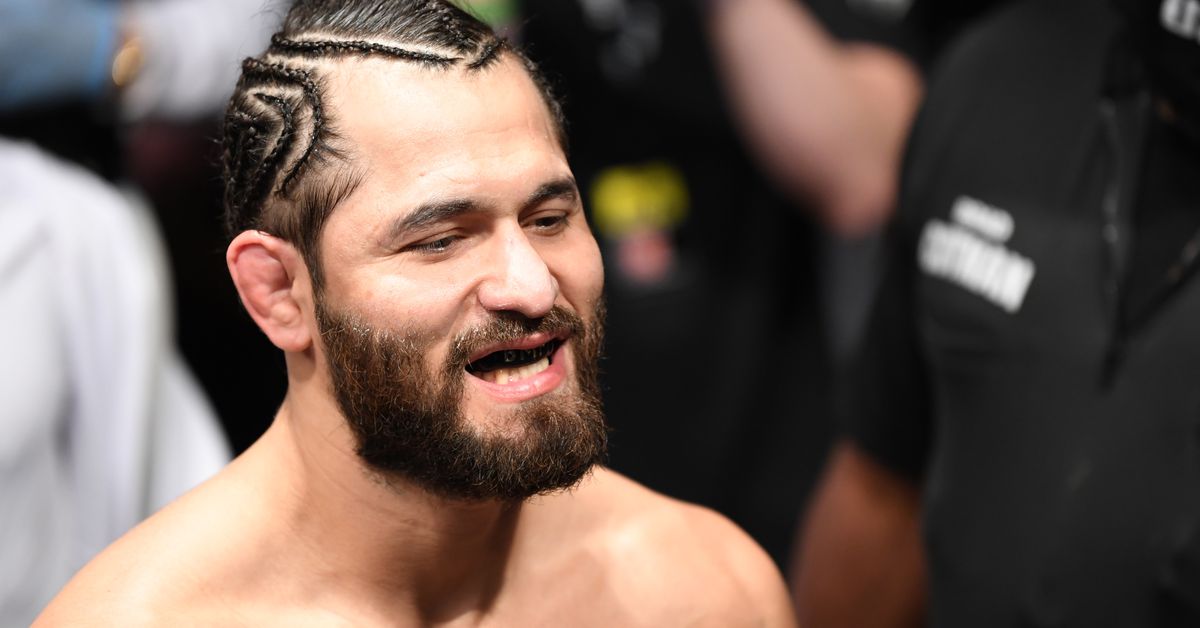 Jorge Masvidal enters his UFC 272 main event slot this weekend (Sat. March 5, 2022) opposite Colby Covington as a significant underdog, and he’s lost his last two bouts. “Gamebred” likely isn’t concerned about any of that, however, as the one and only BMF belt holder just locked down one of the most lucrative contracts in the fight world.

“Thank you Hunter Cambell and @danawhite,” Masvidal tweeted alongside a picture of himself putting pen to paper. “And my team @malkikawa, @Abraham_kawa, and @FirstRoundMgmt for making sure my kids will never go hungry again #blessed”

Malki Kawa, Masvidal’s manager, also revealed online that Masvidal’s new contract puts him in the top three highest paid athletes on the roster. It’s well-known that Conor McGregor holds the top spot, and Israel Adesanya’s recent contract reportedly put him at the No. 2 spot, so UFC’s pay hierarchy among its top talents is seemingly clear at the moment.

In a statement, Kawa told Ariel Helwani, “Jorge Masvidal just signed a new multi-fight contract with the UFC. It’s one of the most lucrative deals in the history of the company, and we are proud to say he’ll end his career with the UFC. We are also proud of the fact that after all these years, he remains one of the biggest draws in the game.”

Given Kawa’s mention of retiring in the UFC, this contract most likely nixes any potential for Masvidal to crossover into the boxing ring anytime soon. Instead, he has a chance to jump back into the title mix with a win Saturday night, or there are plenty of high-profile match ups available for Masvidal outside of the Welterweight Top Five if he comes up short here.

Either way, Masvidal has really secured the bag 19 years into his pro career. Good for “Gamebred!”

Liudvik Sholinian has pulled from his planned bout vs. Nathaniel Wood at UFC London as a result of the conflict in Ukraine.

No, Sean Brady, they unfortunately do not. This is agonizingly bad listening …

Masvidal has been putting knees to chins for a long time.

This is actually an accurate observation. If you’re walking around somewhere between 5’8” and 5’11”, weighing 160-175 lbs. at a regular level of fitness — congratulations, you’d be a Featherweight!

I don’t know a thing about Cage Warrior’s Dominique Wooding, but I say sign him on this clip alone.

An absolutely ridiculous wrestling scramble/position — this is as funky as it gets!

Some of the best finishes from this weekend’s combatants!

A sneaky back take quickly turns into a lights out choke:

A different direction for Random Land tonight; I know a solid percentage of our readers are also playing Elden Ring, so how goes it, tarnished?

Jaylon Bates out to set blueprint on how to beat Jornel Lugo at Bellator 290: ‘I’m coming to finish him’
Dustin Poirier plans to take Charles Oliveira’s belt 💎 | #shorts
BIG Left Hand 👊 and Islam Makhachev Ends the Fight
Joseph Holmes says he was ‘jumped’ by Kevin Holland & crew
‘When he hits you, it’s different’: What it’s like facing the KO power of Derrick Lewis