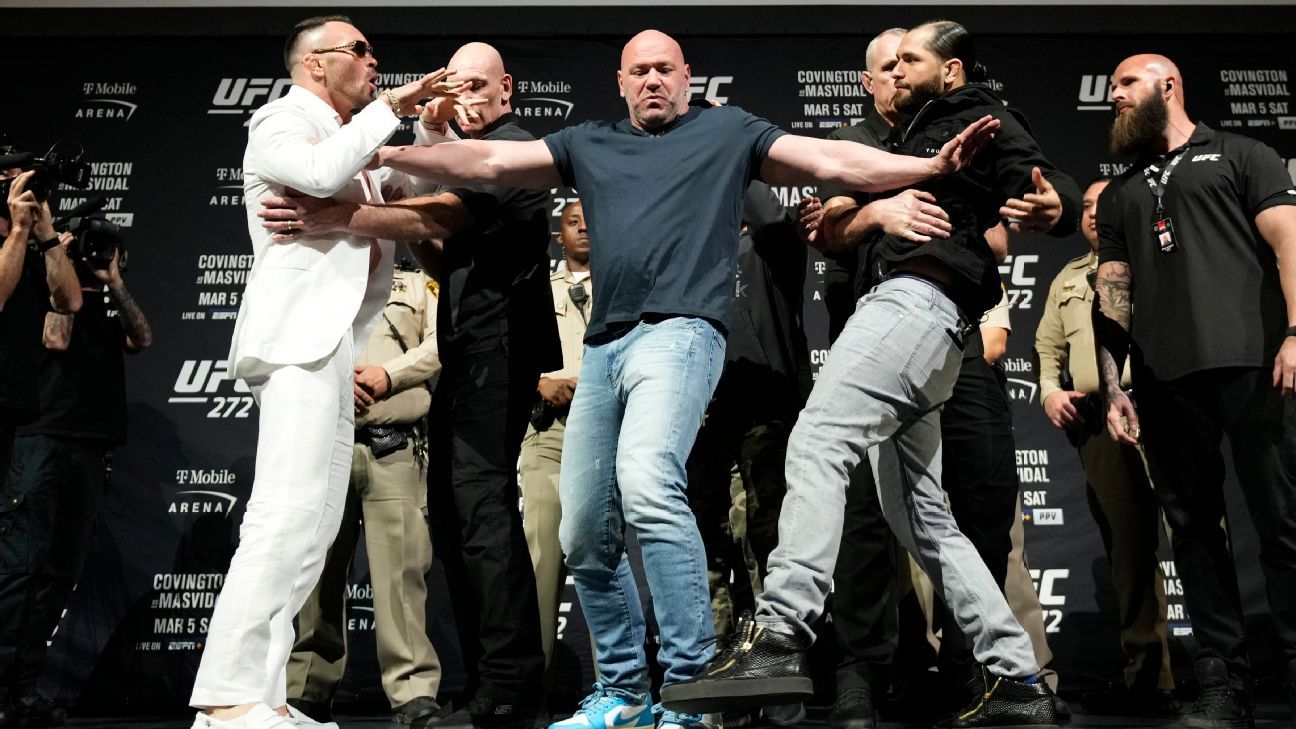 LAS VEGAS — One of the biggest grudge matches in UFC history is now official.

ESPN has Covington ranked No. 4 in the world at welterweight, while Masvidal is ranked No. 10. But this fight has little to do with rankings or titles. Covington and Masvidal are former best friends and roommates who have since turned into hated rivals. Covington claims Masvidal is a backstabber who became jealous of his success. Masvidal says Covington is fake and stiffed Masvidal’s striking coach on pay.

Covington (16-3) has won eight of his past 10 fights, but has dropped two of his past three — both to UFC welterweight champion Kamaru Usman, ESPN’s current pound-for-pound king. The California native, who lives and trains in Florida, is coming off a close, unanimous decision loss to Usman at UFC 268 last November. Covington, 34, owns dominant wins over a pair of former teammates already: Tyron Woodley and Robbie Lawler.

Masvidal (35-15) has dropped two in a row, both against Usman in title fights. The Miami native rose to superstardom in 2019 with knockout victories over Darren Till, Ben Askren and Nate Diaz. In the latter bout, Masvidal claimed the mythical Baddest Motherf—er title. Masvidal, 37, has been a pro fighter since 2003 and started his career fighting on the streets and in backyards, scraps that went viral in the early days of YouTube.

In the co-main event, both fighters also made weight for a 160-pound catchweight bout. Rafael dos Anjos and Renato Moicano each hit the mark right at 160. The bout will be five rounds. Moicano accepted the fight Tuesday, a short-notice replacement for Rafael Fiziev, who withdrew due to COVID-19. Moicano had to cut about 20 pounds in the last three days.