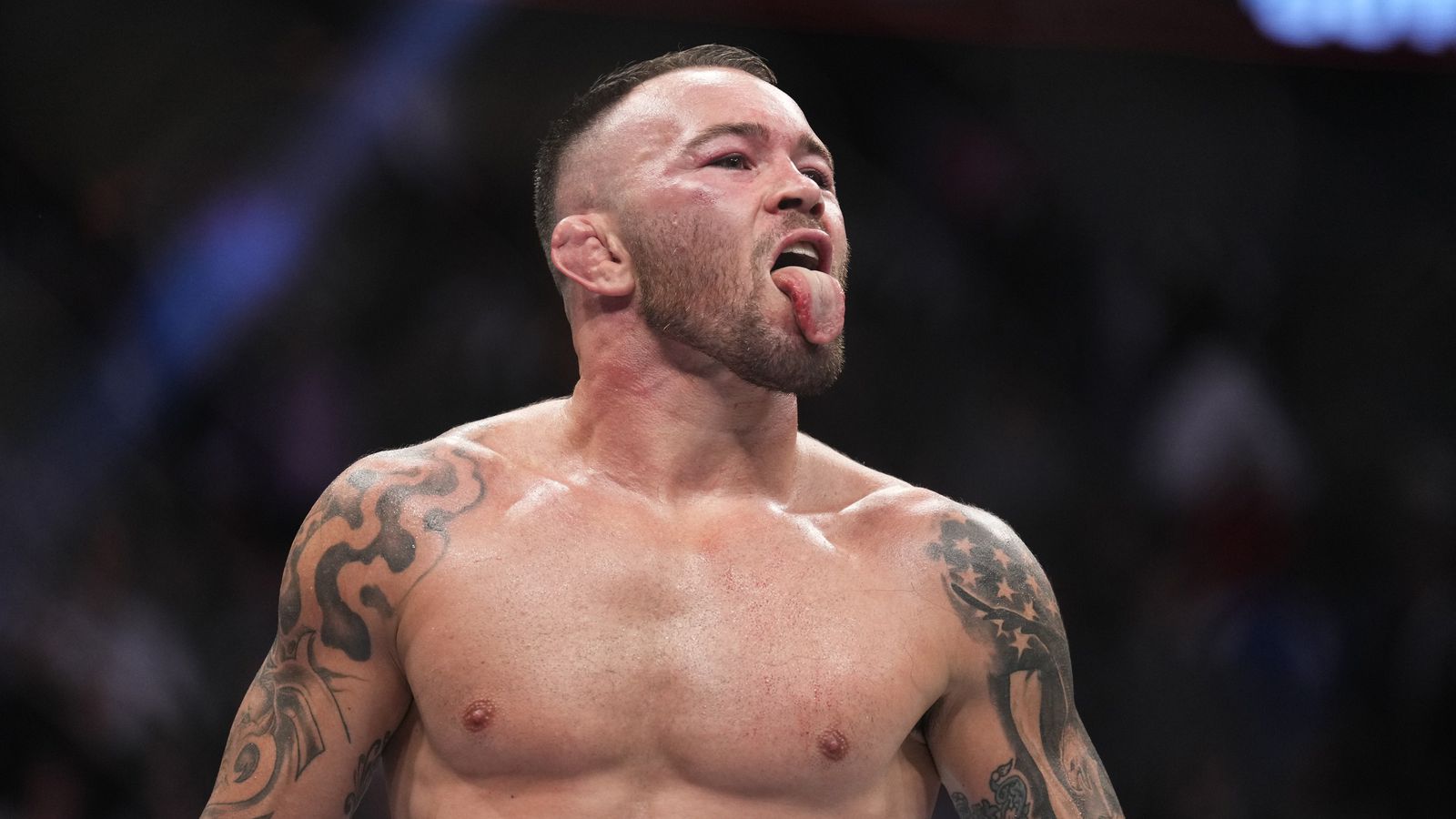 Top-ranked welterweight contender Colby Covington recently told the combat sports media that he wanted to earn a third fight against reigning 170-pound titleholder Kamaru Usman after coming up short against “The Nigerian Nightmare” at UFC 245 and then again at UFC 268.

The means to that end? Defeating Jorge Masvidal.

But if “Chaos” wants to keep his name in the championship conversation, he’ll need to eliminate the rest of the top contenders. Right now the talk of the town is No. 11-ranked Khamzat Chimaev, who could very easily vault himself into the 170-pound title picture by disposing of No. 2-ranked Gilbert Burns at UFC 273.

So then why did he call out a lightweight contender?

“I just took care of Miami street trash, now it’s time to take care of Louisiana swamp trash,” Covington said after beating Masvidal. “Where you at Dustin Poirier, you cuck. You said it’s on site. Name the site, Dustin. Bring that jezebel of a wife and bring that little kid and I’ll see you soon. You’re next.”

I’m not sure why Covington wants Poirier to bring his wife and kid unless “Chaos” wants to fight them too (I wouldn’t put it past him). Safe to assume he’s taking a page from Conor McGregor’s tired playbook, perhaps forgetting what happened to “Notorious” after dragging “The Diamond’s” family into their feud.

Covington’s last three victories have come against former American Top Team (ATT) teammates. In addition to his decision victory over Masvidal, “Chaos” stopped Tyron Woodley and outpointed Robbie Lawler. And considering his history with ATT, knocking off Poirier would be a nice way to score additional revenge.

It just doesn’t make much sense when you consider that Poirier is a former featherweight who now competes at lightweight and already has his sights set on Nate Diaz. In addition, Covington has yet to fight either Burns or Chimaev so it’s not like he’s cleaned out the division and has nothing else to accomplish.

The winner of Vicente Luque vs. Belal Muhammad at UFC Vegas 51 in April is also an option and would present yet another fresh face (and relevant contender) at 170 pounds. Again, this is predicated on Covington wanting to secure a third crack at Usman, who appears willing to grant that request when the time comes.

Taking out the welterweight competition is the only way to get there.