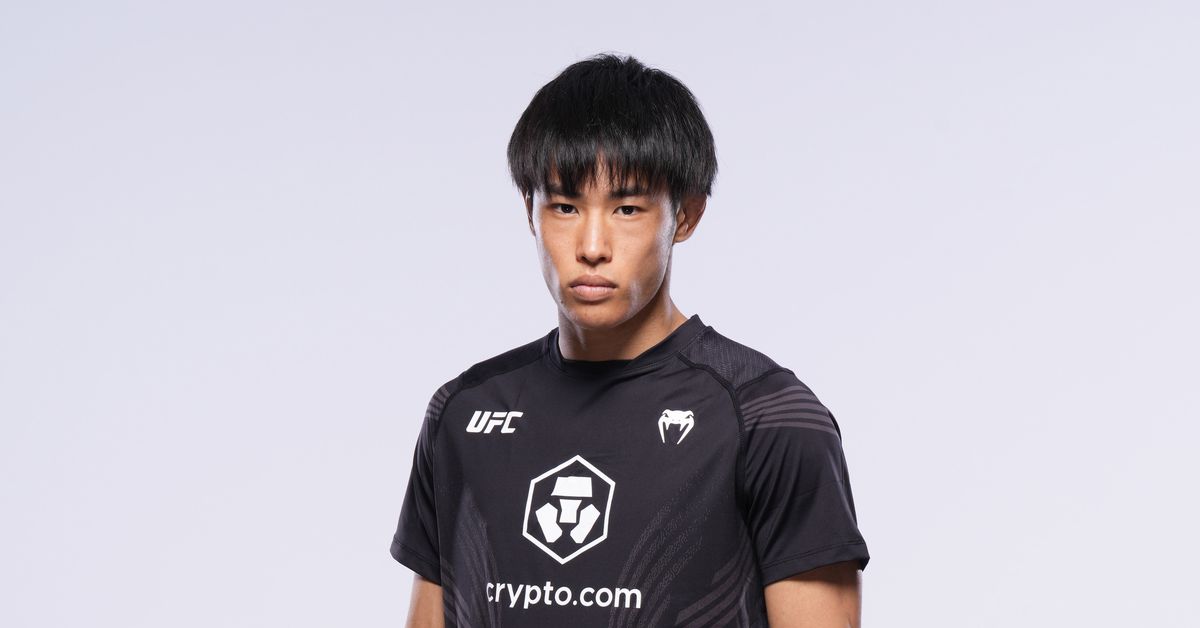 The UFC’s flyweight division continues to get more exciting with the addition of several young, undefeated prospects. One of which will make his octagon debut this Saturday at UFC Vegas 53 in Tatsuro Taira.

Taira, a former Shooto flyweight champion, will face fellow debutante Carlos Candelario at the APEX. The 22-year-old holds a perfect 10-0 pro record with eight finishes and is already being put in the same discussion as blue-chipper Muhammad Mokaev, who stopped Cody Durden in under a minute at UFC London this past month.

When asked if Taira’s debut will make more of an impact, Taira was quite confident that he will — although he was admittedly blown away by the four-time IMMAF gold medalist.

“Yeah, of course [my debut will be better],” Taira told MMA Fighting through a translator.

“I was really impressed with his debut [however]. I just thought, ‘Wow, he is so strong.’ That was my impression of him.”

Candelario will look to bounce back from his first pro loss — a controversial split decision against Victor Altamirano on Dana White’s Contender Series this past August, a fight the UFC president scored for Candelario and offered him a UFC contract despite the decision. After earning a unanimous decision win on the Contender Series in August 2017, “The Cannon” dealt with a litany of injuries that kept him out of action for four years, leading to a decision win at CES 63 — less than a month before his second DWCS appearance.

For Taira, he knows he will have his hands full with the gritty New Englander, but also believes that the fight won’t hit the judges’ scorecards.

“I watched the Contender Series fights and my impression of him is that he is a very aggressive fighter,” Taira explained. “I have to really be careful, but I’m going to push back, and fight back the entire time.

Taira certainly isn’t looking past Candelario, but he’d be lying if he said he wasn’t thinking about the future — including a prediction that he will be a UFC world champion by the age of 25.

The Japanese standout knows a fight with fellow upstart Mokaev is going to happen at some point, and when it does, he will be ready.

“I don’t mind the when, or timing that [I would fight Mokaev],” Taira said. “My feeling is that I have to keep fighting, keep improving, and eventually I’ll have a fight with him and everyone in the rankings.”

Spivac earns biggest career win over Lewis
Ranking the UFC 284 fights: There’s no debating which fight is No. 1
Sergei Pavlovich Reacts To Derrick Lewis KO Stoppage: ‘The Ref Is A Pro’ | UFC 277
Breaking down McGregor vs. Chandler on TUF and in the Octagon
2 Million PPV Buys ‘Very Achievable’ For McGregor Vs. Chandler