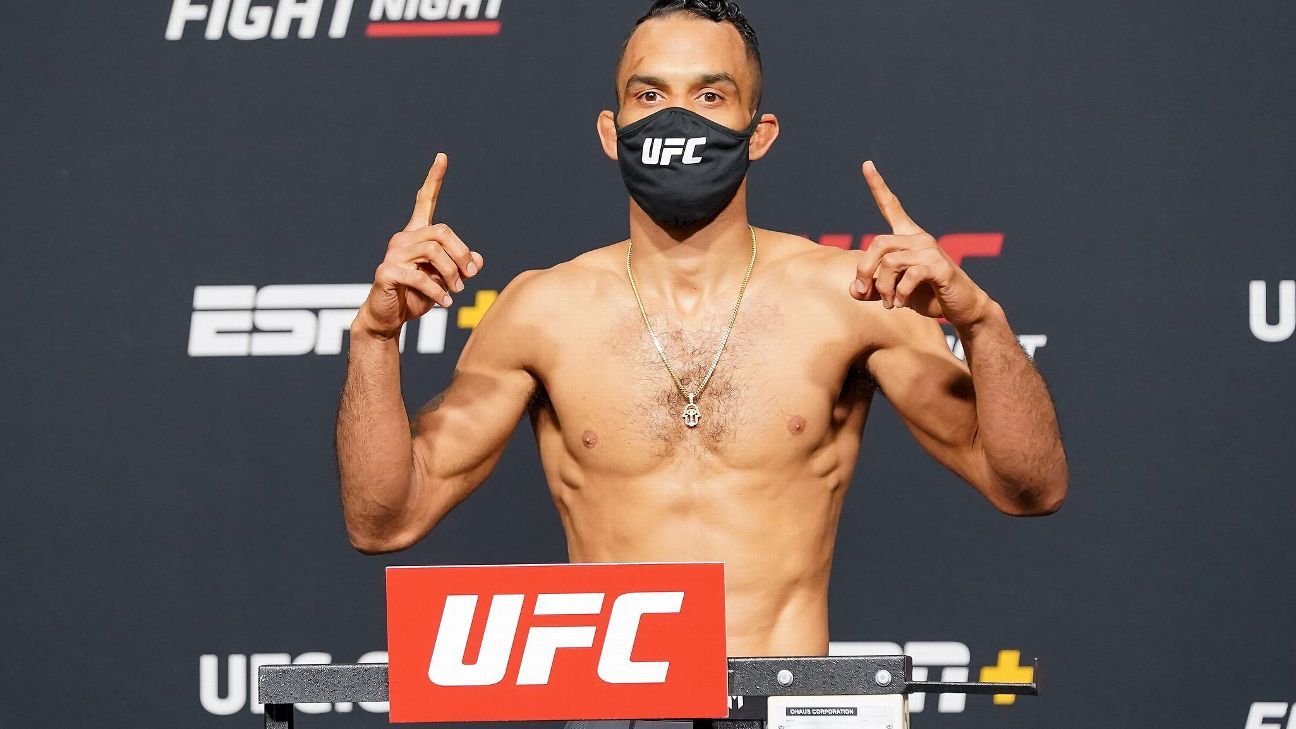 Font (19-5) was at 138½ pounds Friday during the official weigh-in at the UFC’s Apex facility — 2½ pounds over the limit. The UFC Fight Night headliner will still take place Saturday, though Font was fined 20% of his purse. Vera (20-7-1) successfully made weight at 136 pounds.

This is the first time Font, 34, has missed weight for a UFC bout. He has competed at this weight class in the UFC since his debut in 2014.

All other 23 fighters on the card made weight.

Midnight Mania! ‘I Hope UFC Will Share The Revenue With Its Fighters’
Winners, Loser From Bellator 290 And UFC Vegas 68
UFC 184: Chris Weidman vs. Vitor Belfort Staredown
Brennan Ward wants welterweight title shot or unbeaten Dalton Rosta at middleweight after Bellator 290
Ranking the UFC 284 fights: There’s no debating which fight is No. 1