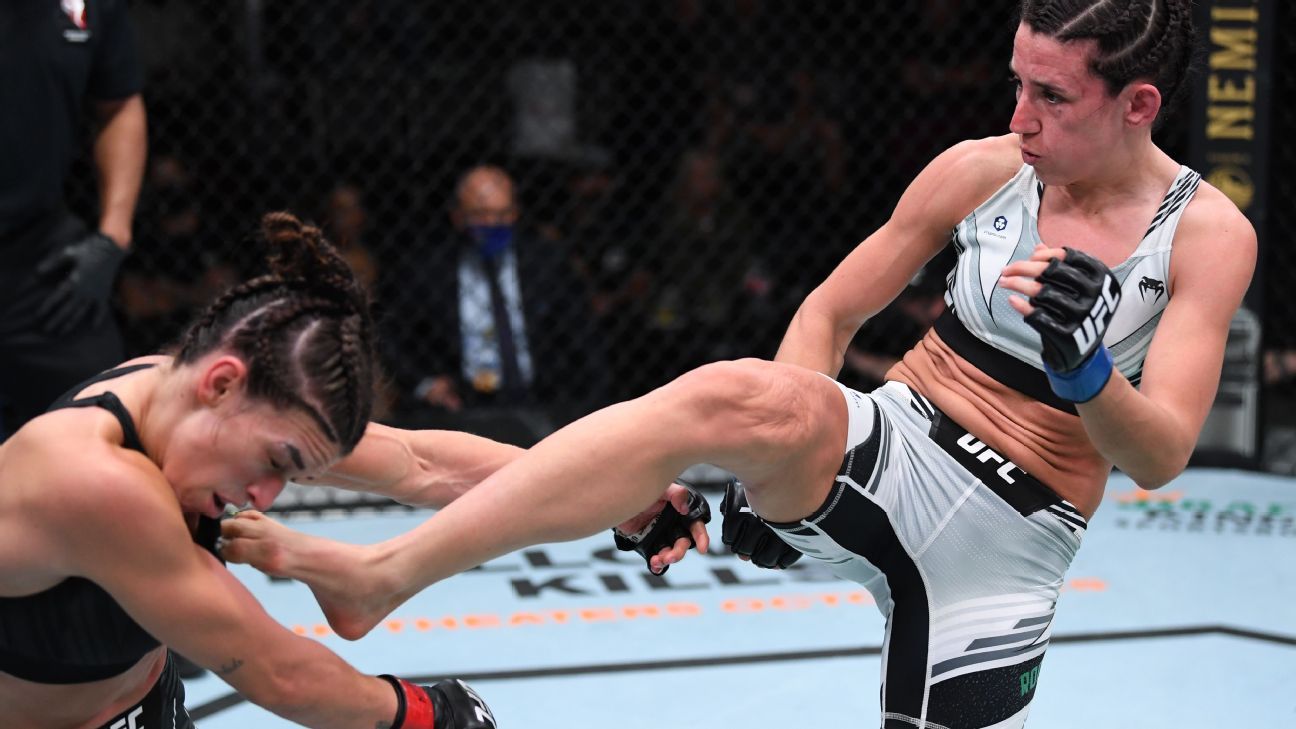 Two of the top women’s strawweight fighters in the world have been added to one of the UFC’s deepest cards of the year.

Marina Rodriguez will take on Amanda Lemos at UFC 280 on Oct. 22 in Abu Dhabi, United Arab Emirates, sources confirmed to ESPN on Thursday.

The winner of the bout could have the inside track on a title shot. Rodriguez is the No. 4 women’s strawweight in ESPN’s rankings, while Lemos is No. 9.

Brazil’s Combate was the first to report the matchup.

The 35-year-old Rodriguez (16-1-2 overall, 6-1-2 UFC) has won four straight and is coming off a split decision win over Yan Xiaonan at UFC 272 in March. The Brazilian fighter’s only career loss was a close split decision defeat to current UFC women’s strawweight champion Carla Esparza in 2020.

Lemos (12-2-1), also 35, has won six of her past seven fights, including a second-round submission victory over Michelle Waterson this past weekend at UFC Long Island. The Brazilian fighter’s only loss since 2017 came to Andrade in April. Lemos has finished four of her six wins inside the UFC Octagon.

UFC 280 will be headlined by a fight between former champion Charles Oliveira and Islam Makhachev for the vacant lightweight title. Also on the card, lightweight standouts Beneil Dariush and Mateusz Gamrot will meet in a potential title eliminator.

Bo Nickal isn’t kidding about Khamzat Chimaev callout: ‘I feel like that’s a good matchup for me’
Inoki, famed combat sports trailblazer, dies at 79
Randy Brown critical of decision win over Francisco Trinaldo: ‘I know I can do better’
Paul Targets MMA … Announcement And AKA Training Looms
ONE on Prime Video 2 ceremonial weigh-ins and faceoffs live stream