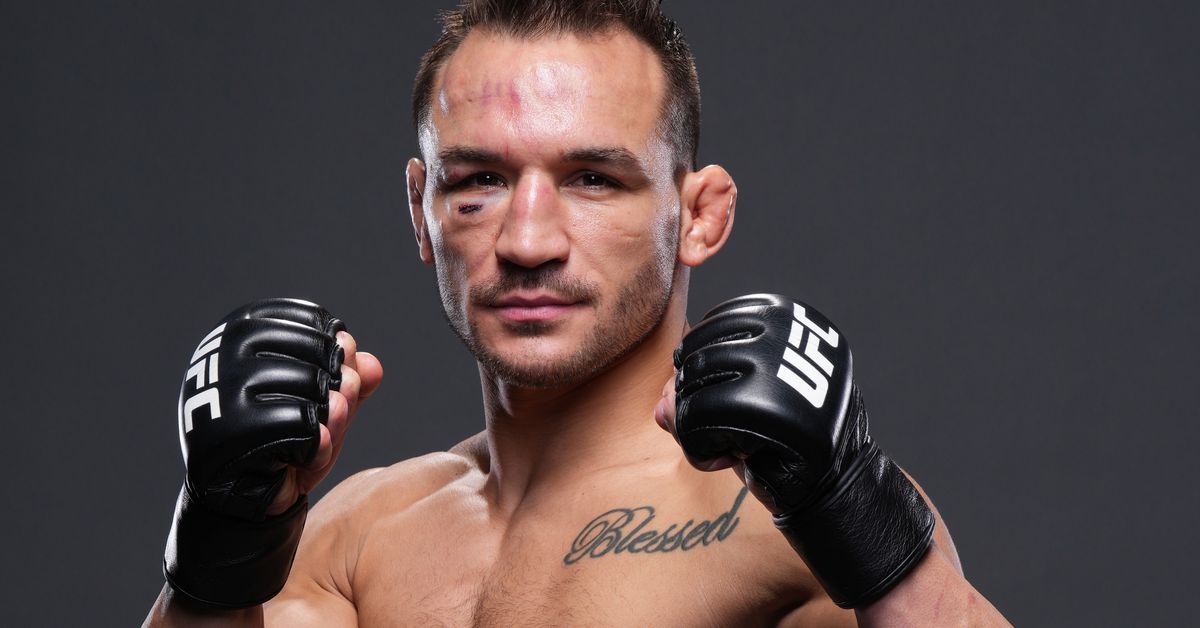 Scheduled Sat., Oct. 22, 2022 inside Etihad Arena on “Fight Island” in Abu Dhabi, UAE, the main event will feature a Lightweight title clash between Charles Oliveira and Islam Makhachev. Though weight controversy recently cost him the title, Oliveira has won a remarkable twelve fights in a row over many of the sport’s premier fighters.

Makhachev’s win streak is nothing to scoff at either. The Russian wrestler has won ten in a row himself, finishing all of his recent opposition to score a shot at gold. However, that win streak didn’t impress top-ranked contender Michael Chandler, who recently argued that Makhachev hasn’t really fought anybody.

Makhachev responded to Chandler’s criticisms earlier today on Twitter. He turned the tables on Chandler, laughing off Chandler’s pair of wins inside the Octagon.

Haha., your only two win in UFC is Hooker who came out of loss, and Tony who has 5 losses in the row now., please shut up and stay in line https://t.co/DXPrf3A9dX

“Haha., your only two win in UFC is Hooker who came out of loss, and Tony who has 5 losses in the row now., please shut up and stay in line”

At the moment, Chandler is booked opposite Dustin Poirier for UFC 281 on Nov. 12. Depending on the outcomes of their respective fights, perhaps the duo can put their skills to the test inside the Octagon in the near future.

The Russian invasion of Ukraine continues to affect the martial artists from that part of the world, and it’s only likely to get worse.

AMC Fight Nights middleweight champion, Vladimir Mineev (16-1-1), got a call-up from military enlistment office in Russia. First case of a high profile MMA fighter getting conscripted that I know of pic.twitter.com/AVt3ajtpfg

Mixed martial artists including Muhammad Mokaev, Magomed Umalatov and Magomed Mustafaev have voiced their support for the protesters in Dagestan against the new Russian conscription drive on Instagram. https://t.co/Oc3qEGdUOR

Ilir Topuria is already looking past Edson Barboza, which might just be a recipe to get flying kneed.

Jake Paul really has a win over Tommy Fury without ever fighting him.

If anyone has a spare $10k floating around and wants a unique UFC experience, Mike Davis is going the Mike Perry route in recruiting his corner team.

Some crimes are beyond comprehension.

Reminder that a hard kick across the arms still scores/damages even if its “blocked.”

It’s really risky to pull closed guard guillotine with your neck stacked along the fence — makes it difficult to extend — but Gjelaj pulled it off!

I’ve known Erick Sanchez for a long time, and the guy is the definition of a tough, gritty fighter who is way more dangerous than his record alone would indicate.

One hell of a catch!

Midnight Music: Sam Cooke’s “A Change Is Gonna Come” is easily an all-time great performance, but Baby Huey does the track justice too.