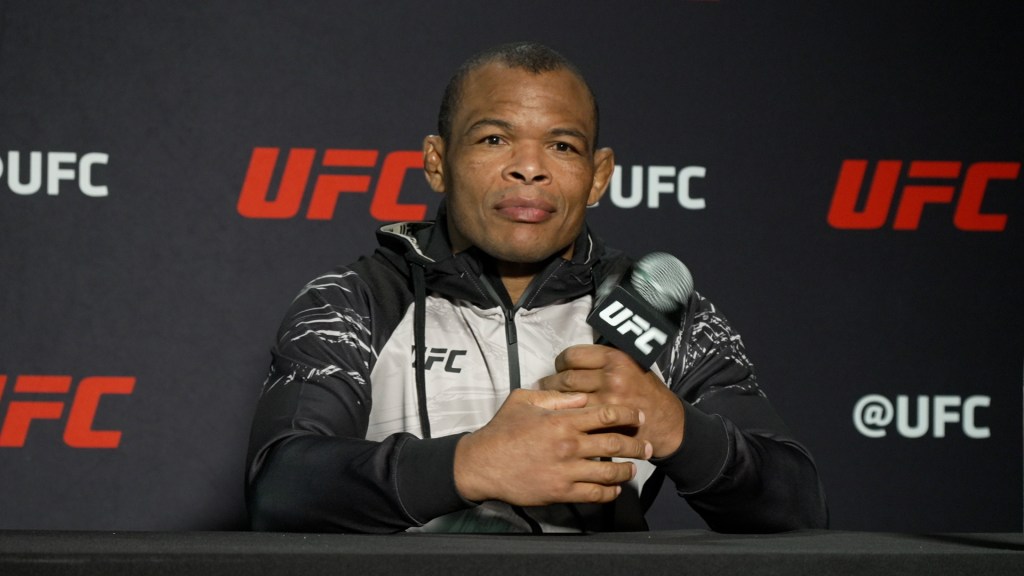 LAS VEGAS – Francisco Trinaldo has no plans to stop fighting for the time being.

The Brazilian is the oldest fighter in the UFC’s lightweight division at 44, and the second oldest in the UFC roster, right behind Aleksei Oleinik, who’s 45. Despite his age, Trinaldo (28-8 MMA, 18-7 UFC) is not contemplating retirement.

“I don’t think about it,” Trinaldo told reporters, including MMA Junkie, through an interpreter at Wednesday’s media day. “As long as the spark is there, and that flame is there, and I wake up in the morning eager to train, to run, to box, to wrestle, I’ll continue to do it.

“Right now it’s there and that’s what I like to do. I want to continue to give work to those young guns that are coming up.”

Trinaldo has been competing under the UFC banner for an entire decade, and he returns to further that run this Saturday. “Massaranduba” takes on Randy Brown in the co-main event of UFC Fight Night 211.

Trinaldo enters the fight on a two-fight winning streak and 5-1 in his past six outings. Although in a good position at 155 pounds, Trinaldo is not thinking about the rankings or title contention.

“It’s not to enter the rankings or fight for a belt, this is what I love to do,” Trinaldo said. “I look in the mirror and I ask myself, ‘What would you be doing instead?’ I love doing this. At first, I wanted to buy a house, a house for my brothers, a better life, but now I do this for myself. I love doing this.”