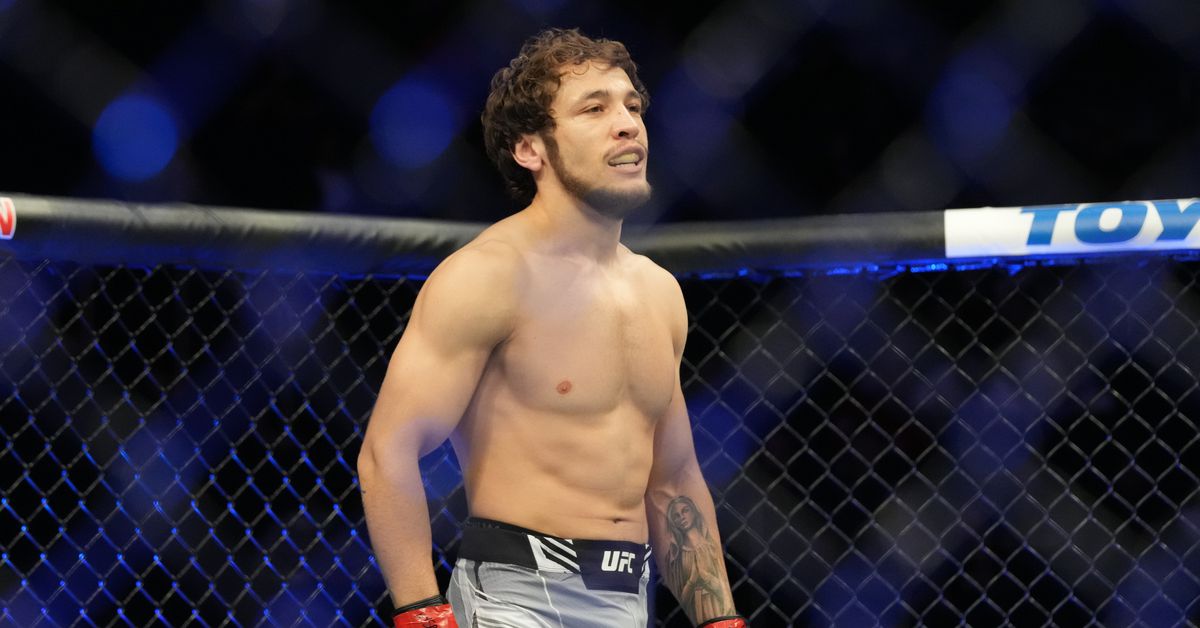 Joanderson Brito is awaiting a new opponent for UFC Vegas 62 on Oct. 15 after Melsik Baghdasaryan was forced off the card with a broken hand, multiple people close to the situation told MMA Fighting.

Brito (13-3-1) is looking to keep his momentum going after stopping Andre Fili in just 41 seconds this past April, notching his first UFC win after dropping a decision to Bill Algeo in his octagon debut. The 27-year-old featherweight has only lost one of his past 14 bouts.

Baghdasaryan (7-1) is unbeaten in three Zuffa appearances, having earned back-to-back UFC victories over Bruno Souza and Collin Anglin since inking a contract with a Contender Series win over Dennis Buzukja in September 2020. Baghdasaryan also holds a perfect 3-0 record as a professional boxer.

UFC Vegas 62 will take place at the UFC APEX in Las Vegas and feature Alexa Grasso vs. Viviane Araujo in a five-round flyweight main event.