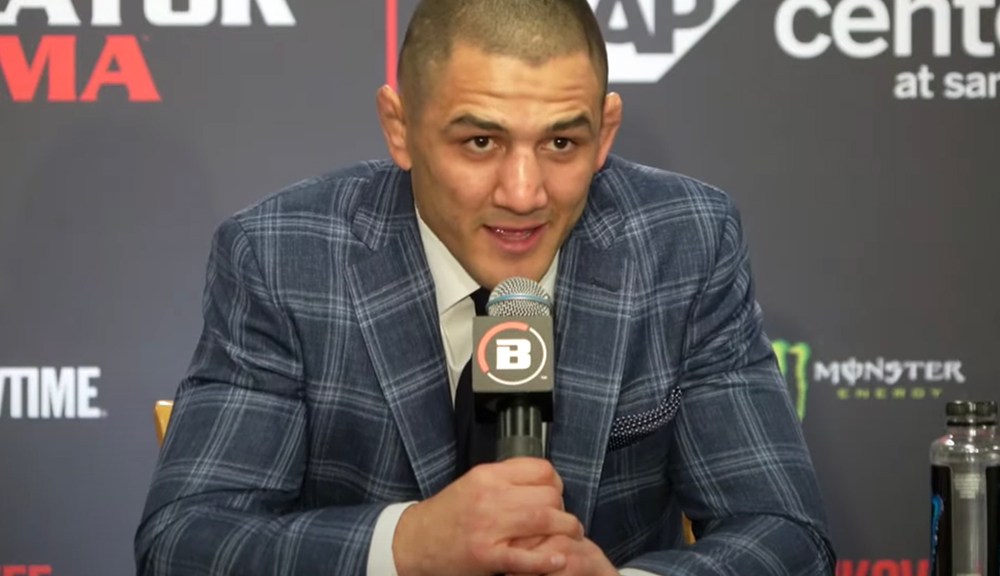 The Bellator featherweight contender and wrestling standout thinks Nickal is primed for big things in his fighting career. Nickal, just 3-0 in MMA, recently joined the UFC after two quick victories in Dana White’s Contender Series. There’s been a lot of hype with Nickal’s arrival in the UFC, and Pico (10-3 MMA, 10-3 BMMA) assures it’s all deserved and very real.

“If anyone can beat Khamzat (Chimaev) right now, I really think Bo Nickal can do it,” Pico told MMA Junkie. “People will think I’m crazy, but he’s a very good wrestler.”

Not only does Pico think that Nickal can take out a top contender in Chimaev just three fights into his career, but he also thinks Nickal is bound to be UFC champion.

Nickal currently is scheduled to debut on Dec. 10 at UFC 282 against Jamie Pickett. Pico wants Nickal to not rush his career and not skip his development process – which, in his eyes, won’t last very long.

“I think probably a few more fights, but I don’t think it’s going to take him long,” Pico said. “I really don’t, the way he’s wired, he’s really going to figure out what he needs to do. … If you put Khamzat and Bo Nickal in a wrestling match, Bo Nickal would ‘tech’ him. There would be no contest.

“If you had Khamzat and Bo Nickal wrestle, it would be an easy day for Bo Nickal. He just needs to brush up on a few things, get some more experience. I don’t think he should rush it, and he’ll be ready.”

Pico returns to the cage Saturday on the main card of Bellator 286 against Jeremy Kennedy (17-3 MMA, 2-1 BMMA). He’ll be chasing his seventh straight win.

For more on the card, visit MMA Junkie’s event hub for Bellator 286.