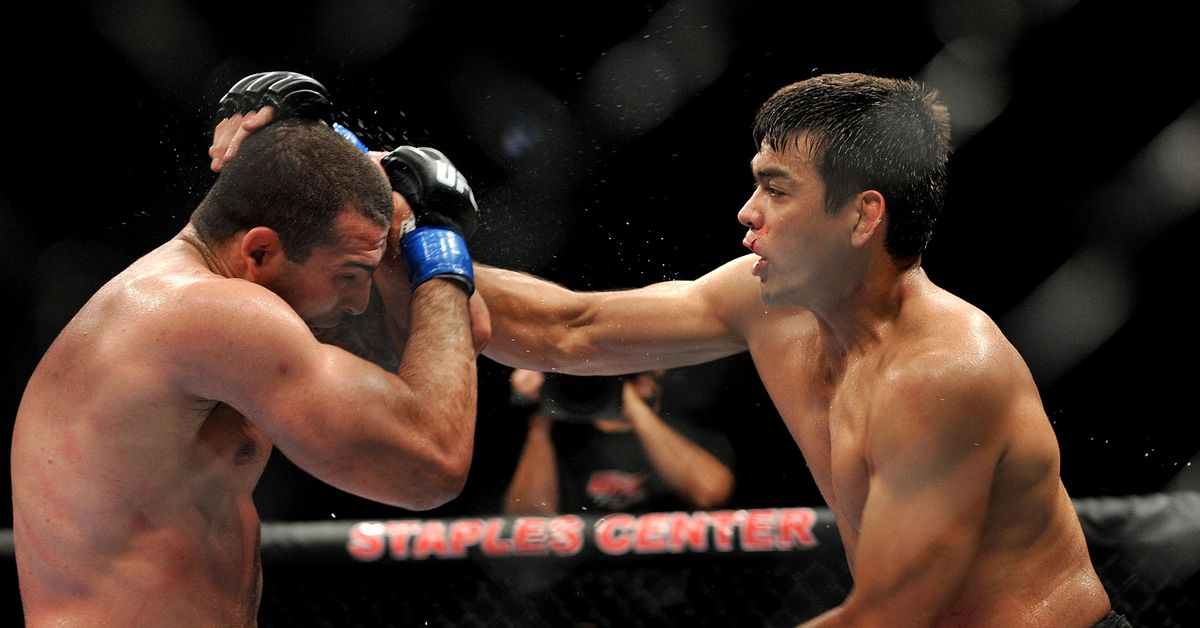 The last few years haven’t been kind to Lyoto Machida. The 44-year-old former UFC champion has lost his last four bouts, but it’s not necessarily all bad. He took both Gegard Mousasi and Phil Davis to split-decisions, so it’s not as if “The Dragon” is just getting crushed outright.

Recently, Machida became a free agent after fighting out his Bellator contract. At one point, there were rumors that Machida was in talks with Karate Combat, but now it sounds like Machida may go in a different and unexpected direction: back to the UFC? Generally, the promotion is not in the business of paying up for aging former champions, especially since the dawn of “Contender Series.” However, Machida’s manager, Jorge Guimaraes, has revealed there is interest in at least one match up.

When I heard ‘Shogun was doing his last fight at UFC Rio, I immediately called (UFC chief business officer Hunter Campbell) offering Lyoto for a trilogy,” Guimaraes told Sherdog. “Hunter told me they initially were planning on someone like Tyson Pedro to fight Shogun, but he liked the idea and told me he was going to talk to Dana [White] about it.

“I have no doubt the Brazilian audience would love that match up. Two champions, two legends of the sport, one win for each, doing their rubber match on the night of both of their retirement fights. Shogun is already a Hall of Famer, Lyoto also deserves that.”

If true, this match up would make a lot of sense. Machida and Rua are beloved ex-champions, especially in Brazil, and the two are technically even at one victory a piece (decade old controversy aside). It would be a tremendous and appropriate retirement fight for each man, though if Machida doesn’t want to hang up the gloves just yet, perhaps a one-off contract could be achieved.

The Bo Nickal hype train is not only rolling, it is ROARING!

I have a strong feeling that Nate Diaz and Conor McGregor will be jawing at one another from their porch chairs in 40 years.

Credit to Arman Tsarukyan, he is indeed a badass for taking the hard, not sexy match ups when he could call out Tony Ferguson or some nonsense like that.

As usual the Top 10 Fighters don’t want to fight me and I will not sit and wait for any of those guys. Unlike everyone else, I accept any bout they give me. I don’t take easy fights and I will continue to fight the toughest guys in the division. https://t.co/lhSoVyI2xj

Gregory Rodrigues is healing very well after his third eye was opened less than two weeks ago.

Anthony Johnson may not regret his 170 lbs. days, but I’d hazard a guess that several of his opponents from that time period do.

This man really started beef and then wound up on the conveyor belt — rough.

“One Punch” Brad Pickett is an under appreciated Bantamweight pioneer, and the man always came to fight. How many people remember he beat “Mighty Mouse?”

It just doesn’t get much cleaner.

Slightly different than milking a cow.