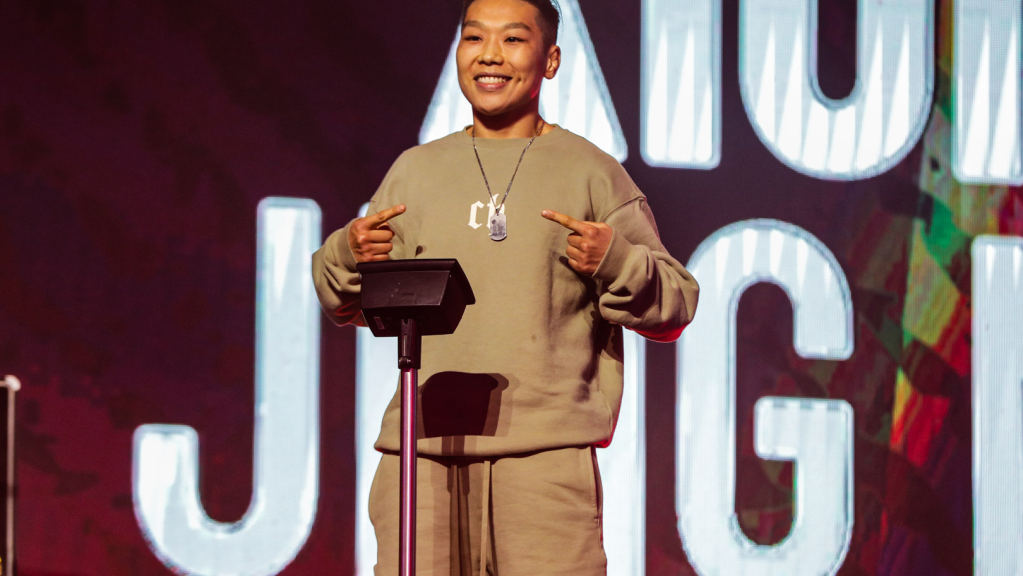 For the third time, Xiong Jing Nan and Angela Lee squared off inside the cage – and for the for the third time fight fans were treated to some high-level, high-paced action.

Atop the ONE on Prime Video 2 event Friday at Singapore Indoor Stadium in Singapore, champion Xiong (17-3) and challenger Lee (12-2) competed in a trilogy rubber-match for the women’s strawweight title. When the dust settled, Xiong was declared winner by unanimous decision.

There was a lot of dust that was kicked up over the span of five, five-minute rounds, but initially it looked like the bout might be stopped early on in the contest.

In Round 1, Xiong swarmed Lee and even knocked her down. Lee was on the retreat for much of the round with referee Herb Dean close by. Somehow, Lee did just enough to survive.

Although things seemed grim for her as she came out of her corner for Round 2, Lee proved it all to be an illusion. She out-grappled Xiong until the round-end bell and nearly pulled off an anaconda choke.

In Round 3, the striking battle resumed. Xiong, like Lee, was not phased by one poor round. She landed effective striking on Lee once again. Meanwhile, Lee showed some of her better striking moments of the match.

The championship rounds rolled around but both fighters still looked fresh. Xiong’s boxing was crisp and effective, as she popped Lee in the face. Lee utilized her wrestling late as she shoved Xiong against the fence.

The final round brought as much violence as any. The two women traded blows, swollen, scratched, and bruised. As the clock winded down toward zero, the two signaled to the crowd. They threw their defense out the window and simply threw hands until the buzzer. Shortly thereafter, Xiong was declared the victor.

Xiong and Lee fought twice prior to Friday’s bout, with the fighters at one win apiece. Xiong won their first meeting with a TKO due to a body kick and punches in March 2019. Seven months later, Lee extracted her revenge with a fifth-round submission in October 2019.

With the win, Xiong extends her winning streak to four. Meanwhile, Lee moves to 2-3 in her most recent five.

The full ONE on Prime Video 2 results include:

For more on the card, visit MMA Junkie’s event hub for ONE on Prime Video 2.