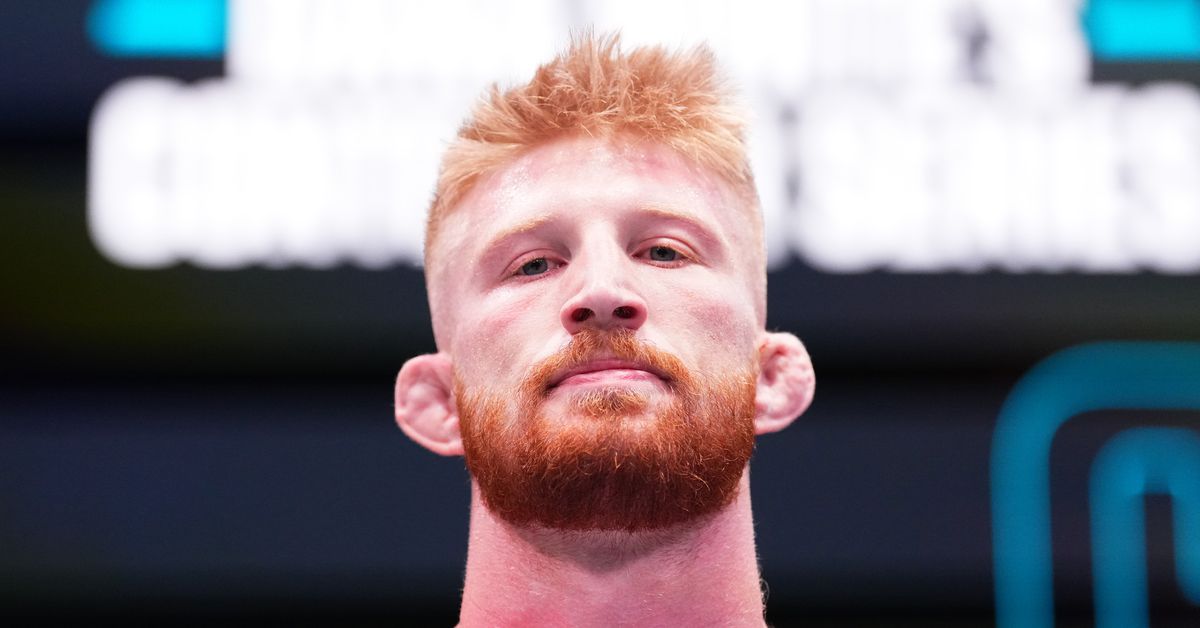 Bo Nickal is just three fights into his professional fighting career and he’s already become one of the most discussed athletes on the entire UFC roster.

Part of that comes from his pedigree as a three-time NCAA champion wrestler, and then there’s the eye-popping statistics, having wiped out his first three opponents in less than three minutes of total cage time. But there’s also Nickal’s unshakable confidence in himself.

Even now, with zero experience in the UFC, Nickal is confident he could take out a top contender like Khamzat Chimaev. In fact, Nickal already called out Chimaev after his second win on the UFC’s Contender Series, and he’s not backing down from that challenge — even if the fight may not happen any time soon.

“I just think, first off, this dude talks about he’s ready to go always, he’s a gangster, this and that — bro, you can’t even beat the scale,” Nickal said on The MMA Hour. “What are you doing? This is just a dude that has no accountability and doesn’t treat the sport professionally. That makes me way less nervous to fight him in the future, because we’re going to fight. I know he’s not committed like I am. He’s not willing to do the things that I’m willing to do.

“Yeah, he’s talented. Yeah, he has skills. But if that’s how you approach the sport, if that’s how you treat it, we’re on different levels. People will act like I’m talking crazy because I say I’m ready to go — Chimaev, let’s get it — but reality is this dude won three national titles in Sweden and then came into MMA and has 10 fights. I’ve been competing since I was 5 [years old]. I had 120-plus NCAA wrestling matches. I won a U23 world championship. I’m coming with 10 times the experience you have. So when people say, ‘You’re not ready, stay in your lane’ — y’all don’t know what the hell you’re talking about, so you’ll see what happens once we get in the cage.”

Immediately after Nickal made the callout, Chimaev clapped back by saying, “Who is that boy?” But the former Penn State standout feels like that was just Chimaev’s way of avoiding a potential confrontation.

Of course, Nickal acknowledges that he’s not likely going to draw Chimaev as an opponent any time soon, but he still expects that they will cross paths, especially given the career trajectories he expects both of them to have in the UFC.

“He knows exactly who I am,” Nickal said. “The only reason he says stuff is because he doesn’t want that fight. He’s going to try and act like he doesn’t know me, this and that. You’ll get to know me. Because at the end of the day, I’m going to keep winning, hopefully you’ll keep winning, and we’ll match up. I’m down. Let’s get it.

“I don’t really see too many people that can deal with his pressure and that are going to be able to take him out. I’m the guy. I’m excited for that opportunity because everybody thinks he’s untouchable and I know he’s not.”

If the fight did take place in the near future, Nickal isn’t concerned about his lack of UFC experience in comparison to Chimaev.

The 26-year-old prospect truly believes he’s ready for the best of the best in the world right now, and that’s why he’s not backing down from anybody while still realistically starting his fight career.

“What’s he going to do to me?” Nickal said addressing Chimaev. “Is he going to take me down? No. Is he’s going to submit me? No. Does he have a chance to knock me out? I guess, yeah, there’s a chance he knocks me out. But reality, more than likely what will happen is I’m going to drag him down to the ground, do exactly what he does to all these strikers and I’m going to do it to him.

“Because I’m a real grappler, I come from real wrestling. The exact thing that he’s doing to guys like Kevin Holland and Li [Jingliang], that’s what I’m going to do to him.”

In a very short amount of time, Chimaev has already become a marquee star for the UFC, while Nickal may be one of the most talked about prospects to sign with the promotion in several years. If both continue winning, Nickal expects a future fight with Chimaev to do very big business for the UFC — perhaps even drawing numbers only Conor McGregor has seen in the octagon.

“I hope it is the biggest fight in the history of the sport,” Nickal said. “I hope it is, because that’s right where I see myself and what excites me the most. That’s why I get up every day and train as hard as I do and put the hours in that other people aren’t willing to do.

“When that fight gets announced and he signs on the dotted line, he’s going to have eight weeks to train but it’s already going to be too late. Because I’ve been training since I was 5 and I’m ready for this.”