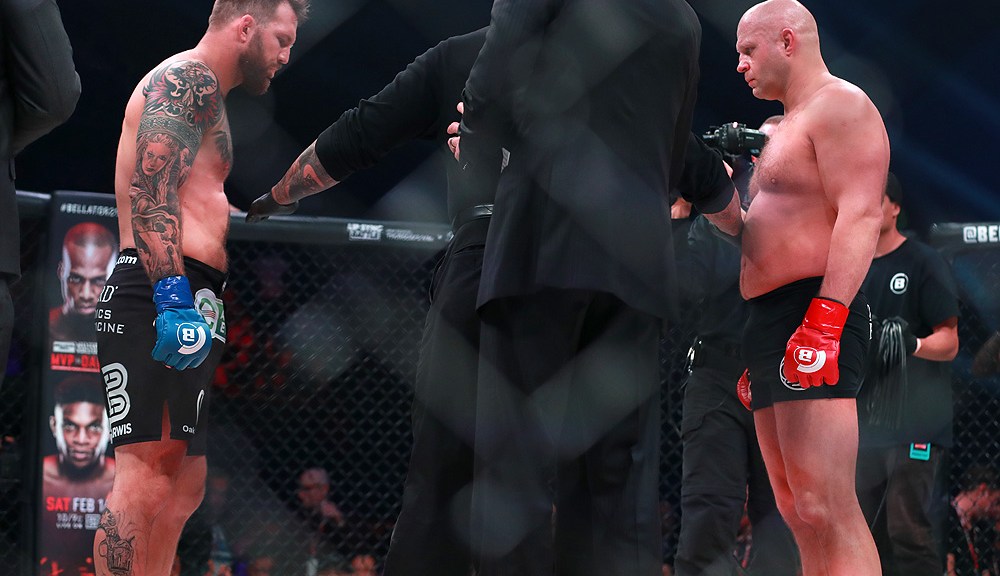 Since losing to Bader in the heavyweight grand prix final in January 2019, Emelianenko (40-6 MMA, 4-2 UFC) has scored back-to-back first-round knockouts of Quinton Jackson and Timothy Johnson.

The legendary heavyweight is looking to fight one more time before calling it a career and absolutely wants to run things back with Bader (30-7 MMA, 8-2 BMMA). Bellator president Scott Coker said he was trying to set up Emelianenko’s retirement fight at home, but Russia’s invasion of Ukraine put a halt to those plans.

“We were talking about this earlier, and we had a fight set in July of this year in Red Square to have Fedor fight in his final fight,” Coker told MMA Junkie and other reporters. “You talk about the greatest fighter of all time, the greatest heavyweight of all time, and when we planned this event that was supposed to be the event where he retires, he finally comes home, because Fedor went all over the world and conquered everybody.

“Comes home, has a grand parade, lots of pageantry, lots of just great production, great show, and he retires in front of his hometown. But obviously with the invasion of Ukraine, that didn’t work out. So, that fight went out, and we’re still debating when we’re gonna fight him, but he wants to fight right away.”

Bader shut down an Emelianenko rematch, seeing nothing to gain after needing just 35 seconds to put the former PRIDE heavyweight champion away. He expressed interest in rematching Linton Vassell, who’s on a four-fight winning streak, but Coker said Emelianenko is dead set on avenging his loss to Bader.

“He wants to fight Ryan Bader. That’s what it comes down to,” Coker said. “He wants a revenge fight, and he wants to have the title shot. So, we haven’t really gotten too much into that, but that’s what his requests have been in the last three or four texts that I received, so let’s see how that goes.”