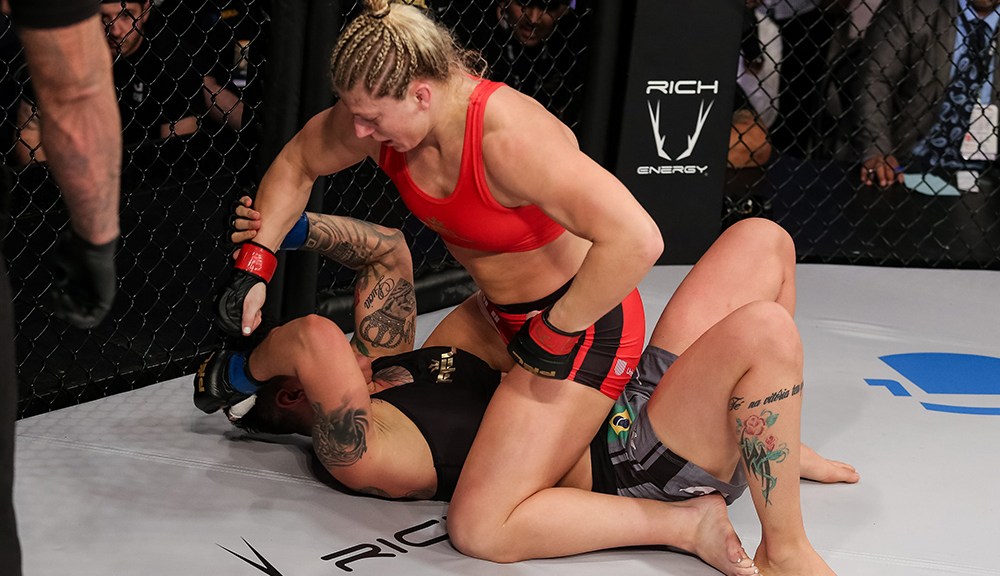 Go ahead and tell Kayla Harrison that Larissa Pacheco is her biggest rival, and she’ll be sure to set the record straight. That’s what she did during Wednesday’s 2022 PFL Championships press conference after announcer Sean O’Connell suggested as much.

“I mean, can you call it a rivalry if you’ve never won a round?” Harrison said. “I don’t know if that’s fair. I don’t want to put that kind of pressure on Larissa. It’s not a rivalry.”

Rivalry or not, Harrison (15-0) and Pacheco (18-4) are set to complete a trilogy Friday at Hulu Theatre at Madison Square Garden in New York, where their women’s lightweight title bout headlines the ESPN+ pay-per-view as one of six $1 million finals matchups to close out the PFL season. As Harrison noted, the previous two encounters haven’t been particularly close.

Both matchups resembled each other as Harrison, a two-time Olympic gold medalist in judo, consistently took down Pacheco and dominated her on the mat. The biggest challenge for Harrison could be mental and not feeling complacent after having her way with Pacheco over eight rounds.

“I think, for me, it’s always been about staying humble and staying hungry,” Harrison said. “I know she’s young, she’s hungry, she’s a killer in her own right, she’s got nothing to lose, and she’s coming to take my head off. And I think about that every time I maybe don’t want to train, or I maybe don’t want to go for a run, or I maybe want to sleep in. I think about that. I stay a dog, I stay working harder, I stay grinding, because she’s coming for me, and if I’m not completely prepared and I make a mistake, she’s gonna capitalize. It’s my job to be the best version of Kayla Harrison on Friday night.”

Even though she doesn’t consider Pacheco to be her rival, Harrison does give her credit for improving. Pacheco has steamrolled her way to this year’s final with three first-round TKOs. The big question heading into the trilogy is what would happen if Harrison takes a serious punch – which hasn’t really happened in her four-year career.

“Just because you don’t see me get hit in a fight doesn’t mean I don’t get hit,” Harrison said. “I train hard. I train harder than pretty much anyone I know, and I’ve put in the work so that on fight night it looks easy. I’m not worried about getting hit. I’m gonna go out there and instill my will one round at a time, one minute at a time, one exchange at a time, one breath at a time. And I’m gonna break her.”

For more on the card, visit MMA Junkie’s event hub for 2022 PFL Championships. 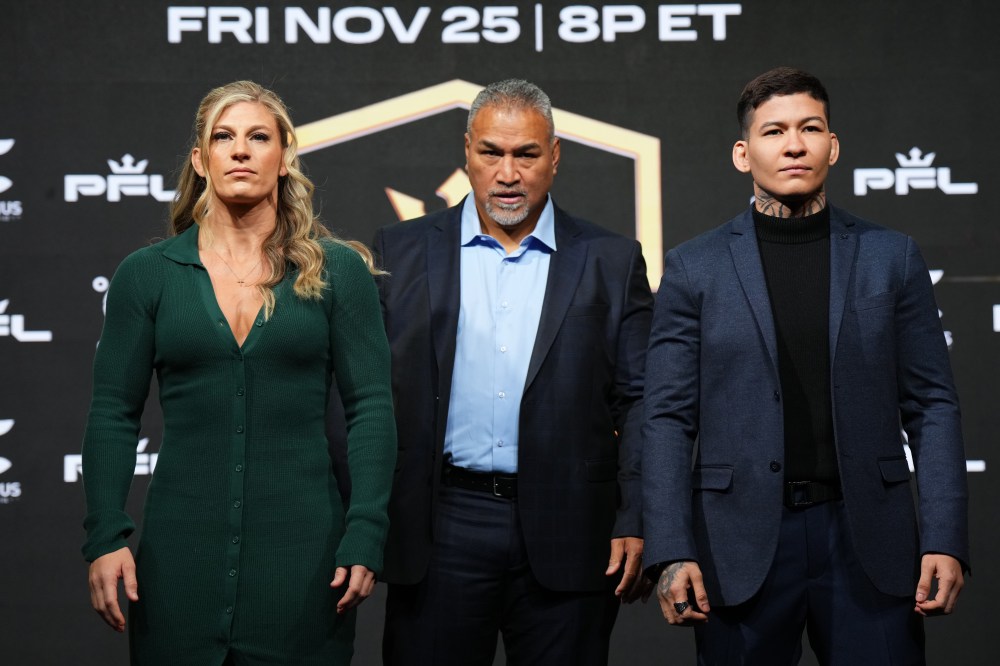