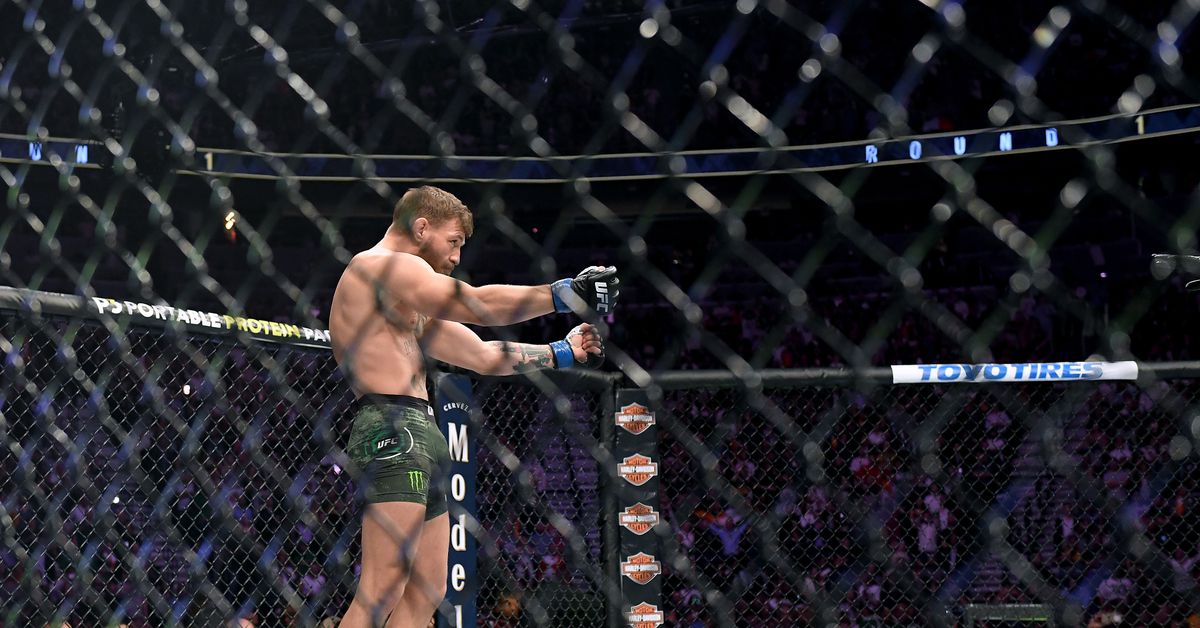 Conor McGregor knows how to stay in headlines, one way or another. Earlier today, news broke that Artem Lobov was suing McGregor for an ownership stake in Proper 12 Irish Whiskey. The following Twitter rant — a McGregor staple over the last few years — isn’t quite as explosive a topic, but it did reveal one bit of critical information: a potential return timeline. Sort of?

I am clear for testing in February. I will complete my two tests per USADA and we are booking a fight.

Typically, athletes removed from the USADA testing pool require at least six months of testing before they’re allowed to compete once more. McGregor seems to be insinuating that a pair of tests will allow him to fight, and he’ll only be “clear for testing” — feel free to speculate wildly on whatever that means — in February. If the February return to drug testing bit is accurate, that would make McGregor eligible to fight in August 2023.

Unless that two tests bit is accurate too? It’s a bit cryptic.

Naturally, McGregor included some shots at Khabib Nurmagomedov. His retired foe is a common target for his Twitter shots, and that held true earlier tonight, as McGregor labeled him “biggest wet the bed in fighting history” for retiring before the duo could fight again.

The lion king chills. Unscathed. They’ll do nothin. Wait an I get up Im gonna and batter the whole family. On top of the cage, the lot. That’s a fuckin lion chillin right there. and a rat knawing. pic.twitter.com/23Mt0b3sDp

Actually you know what I don’t want to fight the smellbag there are way better fights out there but let it be known the biggest wet the bed in fighting history is what this guy is. Think of the magnitude this fight wound have. Absolute bottler you are. Father gonna slap you 100%

Peek a boo number 2 or I smell poo. You absolute bottler. Your da gonna open hand slap you when you meet again. You are not free yet. Free is being able to stay in the mountains of Dagestan with your family. Instead you are in hotel rooms. Your kids and wife home alone. Wake up. pic.twitter.com/ZiwqEmDtlN

Oddly enough, that’s how Joe Rogan’s name enters the mix. Apparently, McGregor didn’t like that Rogan described Khabib’s victory over McGregor as “smashed.” In response, he released an audio recording mocking Rogan and again hyping up the springbok knee.

THIS IS SUCKS! Why can’t we have nice things in MMA? Jiri Prochazka vs. Glover Teixeira 1 stands as maybe my favorite fight of the last decade, and now there will likely be no sequel.

Dana White: “This is the worst shoulder injury the doctors have seen in UFC history. It’s really f—-ing bad. His shoulder is very, very bad. He’s going to have serious surgery that will require extensive rehab.” https://t.co/759Fzs0YMk

The previously reported Anthony Smith vs. Jamahal Hill has a date. It will take place March 11, multiple sources tell myself and @DamonMartin. Story coming to @mmafighting shortly. Bout first reported as in the works by @MMAisland.

Kevin Holland and Stephen Thompson fight next week, but they just released a podcast together. That’s neat!

Team Nurmagomedov is on top right now, but what style is the eventual solution to their dominance?

Major damage to the leg sets up the left hook to the liver — lovely!

Lots of level changes being met by knees as of late.

Even if you watched UFC 281 live, the slow-mo of the Middleweight title changing hands is worth checking out.

A sea turtle parts a school of fish:

Midnight Music: Neil Young’s “Ohio” is an all-time great protest song, but the Isley Brothers did it justice.